California is taking long strides toward loosening up laws regarding illegal drugs, and it’s not just marijuana use that has been up for debate. It has been suggested that injection drug use, too, should have some special legal considerations – more specifically, that the public and those who use injection as their method ingestion would be better protected if they had access to clean needles and a safe place to get high. 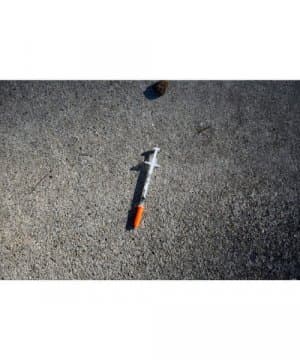 Across California, there are a number of clean needle exchanges, nonprofit programs that offer addicts who use needles a safe place to dispose of their used needles, to get clean needles free of charge, and to connect with other resources and information that can help them to stay healthy, including information about treatment programs.
While the regulations providing for continued access to clean needles are frequently under fire, the conversation of whether or not safe injection sites would be a good fit for California also routinely comes up. It is a far different discussion. Though there are a few safe injection sites in Canada and a safe place in Boston where those who are living with addiction are able to “ride out their high” (though not inject on the premises), there is no such location in California – yet.

Do you think there should be?

Safe injection sites are being suggested as a positive course of action because proponents believe that there are a number of benefits, including:

Those who are in support of safe injection sites say they provide for a cleaner community so the people who feel that drug addiction should occur “not in my backyard (NIMBY)” will not be threatened. They also help to lower rates of death due to drug overdose while increasing access to medical care and addiction treatment that can lead to recovery.

Decreased Burden on the Healthcare System

One of the major reasons why untreated drug addiction is so debilitating to the local economy is that it puts undue burden on the already overtaxed healthcare system. When someone overdoses, emergency medical care must be deployed immediately to connect the person in crisis with immediate treatment. Following that, emergency medical care at the hospital is required that must address all the presenting issues that challenge stabilization. It can take hours or it can take days, and in some cases, it requires a number of expensive exploratory tests along the way.

According to a study published in the journal Addiction, safe injection sites may decrease this burden on the healthcare system and ultimately save money. Overdoses drop, discarded dirty needles that could harm the public decrease, and rates of new HIV and hepatitis C infections drop as well – two viruses that are common among injection drug users and lifetime conditions that are costly to treat.

It is important not to underestimate the value of cost-savings when it comes to legislative changes. Many states are voting to decriminalize marijuana and alter mandatory minimum sentences not because they no longer see the original act as a crime but because they need to save money associated with the costs of courts, law enforcement, and incarceration. Many believe that marijuana was legalized only because the taxes that could be levied every step of the way from production to final sale were too enticing to officials who are struggling to pay for roads, schools, and more. It very well may be that the potential savings in healthcare associated with safe injection sites will convince California legislators to give the option a try.

What do you think? Are safe injection sites a smart idea or contributing to the ongoing problem of addiction?