The proposal was for the installation of safe injection sites in California, or sites where those who were living with an active addiction are able to legally inject their drugs under the supervision of a sober staff member. 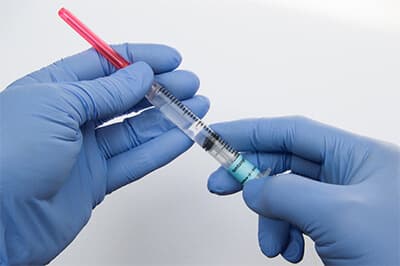 The idea is that, with supervision, those who inadvertently take too much of their drug of choice or inject a drug laced with fentanyl or carfentanil will survive the overdose and live to connect with treatment or move closer to recovery.

The response from Governor Jerry Brown was a resounding “no.”

Said Gov. Brown: “Fundamentally I do not believe that enabling illegal drug use in government sponsored injection centers — with no corresponding requirement that the user undergo treatment – will reduce drug addiction.”

San Francisco Mayor London Breed disagrees with his premise. In her view, the option of safe injection sites do not enable people living with an active addiction but save their lives. The person who dies of an overdose is not able to enter treatment, rebuild their life, or begin to give back to their community.

Said Mayor Breed: “Safe injection sites save lives. If we are going to prevent overdoses and connect people to services and treatment that they badly need to stop using drugs in the first place, we need safe injection sites.”

The Argument for Giving Safe Injection Sites a Try in CA

Values of safe injection sites are the support they provide to people who are struggling with an addiction disorder who need guidance and help to navigate their way to treatment and the improved quality of life it gives to the public at large.

The injection drug users who would take advantage of a safe injection site are people who do not have anywhere else to go. Many are homeless and end up shooting up in parks, public restrooms, and other public spaces. It is not uncommon to see discarded, dirty needles half buried in the sand at a local playground or to find needles randomly discarded on the street or in public trashcans.

Businessowners struggle in downtown areas and other places where people living with an addiction may be looking for a place to shoot drugs. They can take up a bathroom for 20 minutes to an hour or more, stopping patrons from being able to use the facilities as needed. Many often flush their needles down the toilet, causing broken pipes and costly flooding damage. Others may throw their used needles into the bathroom trash, putting employees at risk of an inadvertent “stick” when they go to empty the garbage and potentially exposing them to hepatitis C, HIV, or infection.

Additionally, when people who are homeless overdose, they rarely have insurance. As a result, they often rely on taxpayer-supported medical care to help them survive the emergency as well as address expensive health problems that come from unsafe use of needles and repeat overdose.

The Argument Against Safe Injection Sites

For many, the idea is just too new to be viable. On its face, it looks like enabling addiction. Using tax dollars to pay for facilities and staff members as well as doses of naloxone seems like a poor use of an already stretched-thin budget. While there are safe injection sites in Canada that have proven to be effective in saving lives in early studies, many people feel that there is not enough research to move the idea forward in the US, which is much more conservative about the use of taxpayer funds. No one has yet died at a safe injection site, though many have overdosed, so the thought is that with more time and research into the ripple effects of such a program, there may be a shift in the public view depending on how things unfold.

Do you think there is value to your family or your community in offering a safe injection site to the public? Do you think it helps people in recovery who are at risk of overdose death if they relapse, or do you feel like it is an encouragement to relapse?