How Do Gender and DNA Play a Part in Medicine and Treatment?

Each person is unique. As addiction is a disease that will impact each person individually, treatment protocols should reflect this individuality as well. What works for one person may not be as effective for the next, and this is true with medications. Drugs can interact differently in people based on many things, including:

It is important to consider each person as an individual during assessments and when designing a medication and treatment regimen. Addiction Labs of America offers specific testing to determine exactly what type of addiction treatment medications will be most effective, all the way down to the molecular level. By determining exactly how a person’s DNA, genetics, and biological makeup work, comprehensive testing can help to discover what types of medications will be the most beneficial. Knowing what makes each person tick on the biological level can then help treatment providers to customize care plans and pharmacological methods. Dosage can be individualized, and each person can better receive the highest level of precise care and attention.

Gender and DNA both can impact the effectiveness of medications. By gaining a better understanding of what makes each person an individual, treatment can be specialized with beneficial results.

The Role of Sex and Gender in Medications

Males and females are different on pretty much every level, even the biological and molecular one. This can influence how drugs and medications are absorbed and eliminated. Women, for example, often tend to weigh less than men, and medications are not always administered based on body weight. Dosages should be tailored to take this into account.

Women also generally have more body fat that men, which can impact how a drug is metabolized. The journal the International Review of Molecular Biology reports that the higher percentage of body fat in women can affect the volume of distribution (Vd) of drugs, which can then play a role in drug concentration in the body. Body weight and fat content are also considerations for metabolism, which refers to how quickly a person’s body will process a drug out of their bloodstream.

Women clear drugs through the renal system more slowly than men do because of lower levels of glomerular filtration. This means that it takes longer for a woman’s kidneys to eliminate drugs in the form of urine than it does for men. The FDA has released new dosage information on insomnia drugs that contain zolpidem, such as Ambien, related to the fact that the drug is processed out of and eliminated from women’s bodies differently than it is for men. These medications may stay in a women’s system longer, potentially causing next-day impairment, which is the reason behind the lowered dosage for women compared to the recommended dosage for men. The dosage for both sexes was lowered due to the probability of next-day impairment; however, the recommended dosage was lowered further for women than it was for men.

American Family Physician (AFP) warns that women are two to three times more likely to suffer from a negative reaction to a drug than men are. Women have a greater sensitivity to certain drug types, such as typical antipsychotics, opioids, beta blockers, and selective serotonin reuptake inhibitors (SSRIs), meaning that a lower dosage will likely be more effective for a women while a man may need higher doses of these medications. Women are also more likely to suffer from drug-induced torsades and long QT syndrome, which is classified by an irregular heart rhythm that can be potentially life-threatening.

The Journal of Women’s Health publishes that women are more likely to be taking multiple medications and less likely to take chronic medications as directed. Women also more frequently neglect to undergo the proper monitoring and treatment needed for these medications.

Relationship of DNA with Addiction Medicine 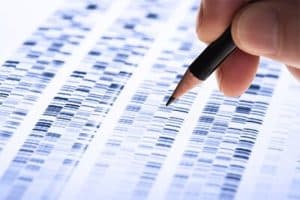 Pharmacogenomics is a relatively new type of individualized medicine that NBC News publishes is using genetic and DNA testing to determine exact drug therapies for patients. DNA makes up the building blocks of a person on the molecular level. By taking a bit of saliva or blood, this testing can help determine what types and dosage of drugs will work best for a person by recognizing how quickly their body may metabolize a drug, whether or not the drug may present any adverse reactions, and how effective certain medications may be. DNA testing may be able to then determine ahead of time what kinds of side effects a drug may have, therefore helping to avoid negative reactions. Dosage can be specifically tailored down to the genetic level based on each person’s individual DNA.

Genetic variations can influence how a drug is broken down and metabolized. The Conversationreports that many of these genetic tests are looking for specific variations in how enzymes in the liver break down drugs. If a person has a genetic variation that affects how a medication is broken down by the liver, levels of this medication can build up and additional dosages can become toxic. In this manner, pharmacogenomics and DNA testing can help make medication dosing more precise.

Addiction is an individual disease that has genetic, biological, behavioral, and environmental factors that can contribute to it. It is a disease that impacts the chemical makeup and circuitry of the brain involving the reward processing and impulse control regions.

Addiction is also highly personal, and each person will face their own challenges related to the disease. Around half of a person’s predisposition to addiction can be tied to genetics, the American Psychological Association (APA) publishes. Just as genetics can play a role in the onset of addiction, it then makes sense that DNA and genetic testing can be beneficial when considering addiction medication treatment options.

Certain genes may respond to some medications better than others. The journal Psychiatric Genetics explains that since drug abuse and addiction involve the dopaminergic system, it goes to show that pharmacogenomics may be beneficial in tailoring certain drug therapies based on how a person’s dopamine receptors and transmitters work. One such example of pharmacogenetics in addiction medication treatment involves the drug naltrexone, which is an antagonist drug that can reduce a person’s alcohol consumption by blocking the pleasurable effects of alcohol in the brain. For some people, it can be highly effective. The presence of specific genetic variants in certain people can make it even more successful in minimizing a return to heavy drinking.

A person’s chemical makeup, and how dopamine is released, transmitted, and reabsorbed back into their brain, can contribute to how drugs of abuse will impact them and also their risk for drug dependence and addiction. Someone with a low density of D2 (dopamine) receptors in the brain may be more likely to struggle with addiction. The American Journal of Drug and Alcohol Abuse suggests that pharmacogenetic medications that specifically target increasing these D2 receptors may then be beneficial during treatment.

As advances continue to be made in addiction treatment, new therapies and medications attempt to better address symptoms and customize treatment to each person. DNA testing can help to determine a person’s individual genetic makeup and then tailor precise pharmacological treatments to match it.