Resources for Drug Addiction and Abuse Near San Diego

Addiction is characterized by an inability to stop the abuse of a substance, even when the person knows that the use of the drug causes lasting harm. It’s not a disease caused by a lack of willpower. It’s a condition caused by chemical imbalances in the brain, brought about through the use of drugs.

While the definition and mechanism of substance abuse remain constant, addiction can be regional. The substances people grow addicted to can vary depending on the substances that are available in the community, the active dealers available to sell those drugs, and the routes drugs take through a community.

Consider San Diego. While people within this California county may experience addiction in ways that are similar to those who live in other cities, their experience of addiction is shaped by the community. The methods they use in order to heal are also shaped by that community.

San Diego: Addiction by the Numbers

California as a whole has a long and troubled history of drug abuse. The state is situated very close to the border of Mexico, and drug traffickers use this border to bring drugs up and into the United States. Some drugs never make it past the California state lines.

Research from the Obama White House suggests that approximately 10.47% of California residents use illicit drugs in a given month. The nationwide average is 8.82 percent. It seems clear that proximity to smuggling lines is, at least in part, responsible for higher use of drugs in California as a whole.

When people think of illicit drugs coming from other countries, they often think of drugs like heroin or cocaine. These are substances that are grown and synthesized for the express purpose of illicit use, and they can be a booming business in other countries.

San Diego is unique in that the drug of choice in this county wasn’t made expressly for illicit use. In fact, prescription drugs seem to be the favored option within the county.

The San Diego Union-Tribune suggests that close to 250 people died from prescription drug abuse in 2015 alone, and painkiller abuse among teenagers rose during that same year. Put these two statistics together, and they highlight the hold prescription drugs, particularly painkillers, have on this community.

Painkillers could be easy for some addicted people to find. People dealing with pain from a medical procedure or a longstanding illness are often given painkillers to make life easier. A person with an addiction could simply swipe pills from the family medicine cabinet in order to obtain a high.

San Diego also has several dealers who are willing to sell prescription painkillers, and the costs are relatively reasonable. The San Diego County Sherriff’s Department reports, for example, that an 80-milligram tablet of OxyContin can be purchased from a dealer for $40–$80.

Dealers can, at times, get drugs like this through theft. They can break into individual homes to steal pill bottles, or they can break into pharmacies and grab a great deal of drugs all at once. Hospitals and medical centers are also good targets for dealers who need to replenish their stocks.

But San Diego is a little different. The County District Attorney of San Diego was quoted in a local news story, saying that most of the illegal drugs come into San Diego from across the border. Many dealers have sophisticated laboratories across the border, and they can synthesize the drugs people want to buy.

Purchasing an illicit drug is a crime, and that means people who seek out dealers in order to keep an addiction alive are risking their security. Police who catch someone trying to buy drugs can impose fines, write tickets, or even ask for judges to put people in jail for their crimes. But when the addiction is strong, this may not seem like a real risk that deters the behavior. People may move ahead with the purchase anyway, no matter the cost.

Why Do Addictions Happen?

San Diego’s proximity to the border, and the easy access to drugs that come across that border, play a role in the rate of addiction within the community. But it isn’t only proximity that plays a part. There are other risk factors that can leave people vulnerable to drugs.

Mental health is one such factor. As Mental Health America points out, people with depression and other mental health concerns are especially susceptible to substance use. People with these conditions may use substances as a form of self-medication. When they’re struggling to find hope and happiness, the substances seem to provide a perfect quick fix.

Unfortunately, substance abuse and mental health concerns tend to reinforce one another. The chemical changes caused by substance abuse can make a mental health concern worse, and as that condition worsens, drugs may again seem like a good solution. It’s not uncommon for people to feel as though they’re caught in a loop, feeling worse and taking drugs and then feeling even worse.

Some lifestyles can also lead people to feel the allure of substance abuse. For example, the San Diego Regional Economic Development Corporation reports that the county is home to high-tech industries. In fact, it’s known as a high-tech “hub.” Jobs in this sector rely on speed, innovation, and precision. People who work in these companies tend to work in fast-paced environments, and they may feel that a slip means the end of a career.

Substance abuse can seem to offer a solution. People who take drugs may feel:

A longstanding drug habit can be expensive, and high-tech jobs tend to come with high paychecks. Someone in this industry may feel they need drugs, and that person may have the ability to pay for drugs. That’s a combination that can lead to addiction. 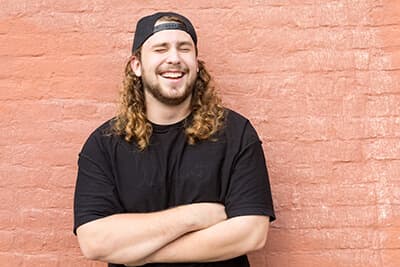 Legislators in San Diego are aware that their community is facing an addiction crisis. As a result, they have made a commitment to address the problem. According to 7 San Diego, a $179.6 million treatment plan was released by the San Diego County Board of Supervisors in 2018.

This funding would allow the county to offer more addiction relief services to the people who need it. That treatment might involve case management, residential programs, and aftercare. These services were provided in San Diego prior to the new funding, but the additional resources allow the provider network to expand.

That network is vast, and it offers people with addictions a variety of options they can use when they need help.

At the frontlines is 2-1-1 San Diego. This is a free hotline, operated by a nonprofit organization, available to all people who live in San Diego County. Calling this number puts a person in need with a database of providers who can help. Operators can seek out a solution based on addiction type, income level, and proximity. There may be a waiting list for some programs.

Substance Use Disorder Services through the San Diego Health and Human Services Agency can also be a good option. This organization is administered at the county level, and it connects people in need with an integrated system of addiction treatment programs throughout the county. Again, there may be a waiting list for some programs, but the administrators work hard to try to find people the help they need in a timely fashion.

People tend to move through treatment in a stair-step fashion, moving from intense forms of therapy to less restrictive forms as they feel stronger. After formal therapy is complete, ongoing help can keep the recovery moving forward.

For many people, ongoing aftercare takes the form of a 12-step program, such as Alcoholics Anonymous. Participating in a group like this keeps the person in touch with the recovery community, and that could help the person to stave off a relapse.

San Diego offers literally dozens of 12-step meetings each and every day in churches, community centers and offices all across the county. Some groups post their meeting times in newspapers, others have dedicated Facebook pages, and still others rely on word of mouth of the recovery community. Therapists can be good resources for finding the right meeting.

How Can I Get Started?

Understanding that an addiction is in play is the best place to start. That may involve a hard examination of habits, behaviors, and feelings. What is working right now? What doesn’t seem quite right? Honest answers to those questions could uncover an addiction issue.

Then, it’s time to ask for professional help, using one of the resources described above. Contacting a professional and asking for help can lead to a sense of relief and recovery that may be impossible to feel when an addiction is in full swing. That sense of relief is there, just waiting, for that first call. Is it time to pick up the phone?