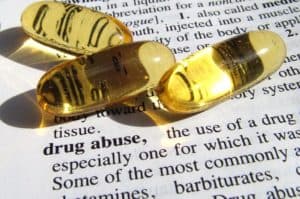 The notion of a “functional drug addict” is actually a contradiction of terms.

When anyone uses the term addiction or addict, they are referring to a serious issue with behavior that by definition implies some sort of dysfunction or disruption. Let us look at a few short definitions of the term addiction from professional societies that study, research, and formulate treatment approaches for individuals with addictions (now formally referred as substance use disorders):
The American Society of Addiction Medicine (ASAM) has a very long and formal definition of addiction on their website. The essential features of their definition of addiction are characterized by:

The National Institute of Health (NIH) defines addiction as a chronic, relapsing brain disease characterized by:

Other national organizations such as the Substance Abuse and Mental Health Services Administration (SAMHSA) simply refer to organizations, such as ASAM or APA, regarding the definition of addiction.

It is clear from the definitions of addiction (or substance use disorders as they are now formally called) from major national organizations that having an addiction must be associated with some form of dysfunction. Part of the issue with defining a functional addict is the mistaken notion that individuals who develop physical dependence on some drug or substance are “addicted” to the substance. This is a false assumption.

Physical dependence consists of two components: tolerance and withdrawal. Tolerance occurs when an individual needs more of a substance to achieve the effects that were once achieved at lower dosages. A withdrawal syndrome occurs following usage of certain drugs for significant periods of time, as the individual’s system adjusts such that it can only function normally when the drug is present in its tissues. Once the levels of the drug in the tissues drop, the individual begins to feel negative physical and psychological effects.

In addition, the use of the word functional is subjective and can be applied in a number of different contexts. A heroin addict who is able to satisfy their heroin addiction daily, live their life in relative squander, and make no known contribution to society, but reports relatively little discomfort regarding their addiction, would be defined as being functional under one set of circumstances or criteria, yet they would be described as being dysfunctional under a different set of criteria.

What is a High Functioning Addict?

First, there really is no such thing as a functional addict. By definition, individuals who have moderate or severe substance use disorders (addictions) have severe dysfunctions. It is probably far more accurate to designate between individuals with substance use disorders that are relatively high-functioning as opposed to using the fallacious term functional addict. Even in this context, the terms relatively high-functioning versus functional require quite a bit of subjectivity and are not defined in terms of clinical or even research criteria. Nonetheless, a number of individuals with moderate to severe substance use disorders do appear to be able to negotiate certain aspects of their lives while at the same time shielding many aspects of their dysfunctional behavior.

Signs of a Functioning Drug Addict

Given the above description, it is obvious that even though relatively high-functioning addicts attempt to promote the illusion that their behavior is within their control and it is “normal” for them, these individuals still have significant substance use disorders. One of the real issues is that many of these individuals have been able to convince others close to them that their disorder is “normal” for them and have been able to draw others into their own pathology. High-functioning addicts typically need others to buy into their presentation and support their own disorder by making others close to them part of the problem. The tragic part of this description is that by labeling someone as a functional addict or as a “relatively high-functioning addict, we normalize their behavior and become part of the problem instead of part of the solution. Just because an individual is able to continue to work at a relatively normal pace and able to appear to function in spite of their addiction does not mean that they do not have a serious problem.

Individuals labeled as relatively high-functioning addicts are not going to admit that they have an issue with drug abuse and are going to rationalize their behavior as something they need to do in order to be able to function normally. However, anyone who has a formal substance use disorder will experience severe ramifications associated with their behavior that would not be present if they were to stop their drug abuse.

People with substance use disorders or addictions are experts at manipulating other people. A term that has been used to denote the behavior of others who tend to foster and contribute to psychological disorders in people is codependency. This is not a formal clinical term, nor is it a formal clinical diagnosis; however, the term codependency does describe the situation where individuals have an excessive reliance on one another and tend to foster each other’s dysfunctional needs, psychological disorders, and even physical illnesses. Individuals in codependent relationships become fully enmeshed in the dysfunctional aspects of the relationship. They begin to rationalize these dysfunctional aspects and contribute to them. Relatively high-functioning addicts thrive on this type of situation.

Anyone who suspects that they, or another person close to them, have an issue with drug or alcohol abuse should seek a consultation with a professional and licensed mental health addiction specialist to determine if they could benefit from a professional assessment and/or professional intervention.

If you think you or a loved one is exhibiting characteristics of compulsive substance use or addiction, American Addiction Centers is here to help. Call to speak to one of our admissions navigators to see if a hospital based drug detox program  at Laguna Treatment Hospital or any one of our other locations is right for you.

detox
Prefer getting help via text?
We're available 24/7 via text message. Signup below for access to our team when its convenient for you!
and many more...
✕
Instantly Check Your Insurance Coverage
Your information is safe & secure
At Laguna, we accept most types of private (non-government) insurance and offer a variety of payment options.
You can quickly and privately check your insurance benefits to see if you're covered for addiction treatment services. We’ll be able to tell you if your provider is in network with Laguna Treatment Center and all American Addiction Centers locations.
This means your treatment may be FREE1 depending on your policy, copay, and deductible.
Get the Info & Help You NeedWe're open across the US. Learn about your options.