What Are the Withdrawal Symptoms of Losartan?

Cozaar (losartan) is an antihypertensive medication. It is classified as an angiotensin II receptor agonist, and its use leads to blood vessels not constricting and lowered blood pressure. It is typically prescribed to treat hypertension in a variety of situations, and it is effective for these uses. People using losartan should not drink alcohol or use other substances that can further lower their blood pressure because this can lead to significant issues with hypotension (low blood pressure) that can be potentially dangerous. 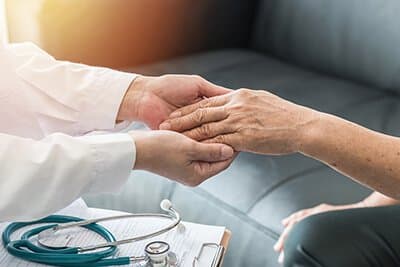 Losartan is not listed as a controlled substance by the United States Drug Enforcement Administration (DEA). There is no category for antihypertensive abuse listed by the National Institute on Drug Abuse (NIDA), the Substance Abuse and Mental Health Services Administration (SAMHSA), the American Psychiatric Association (APA), the American Society of Addiction Medicine (ASAM), etc. Losartan has generally received positive reviews regarding its effectiveness as a medication, and it is not considered to be a potential drug of abuse.

Numerous studies have failed to document significant withdrawal symptoms in people prescribed the drug who have suddenly discontinued its use. However, according to professional sources such as the book Pharmacology of Antihypertensive Drugs, suddenly discontinuing the drug can lead to a rapid increase in blood pressure that can increase the risk for:

Thus, when the drug is discontinued, it is typically done on a tapering schedule to wean the person off the medication and avoid these potential issues.

At the current time, most sources do not refer to the symptoms that may result when an individual discontinues an antihypertensive medication like losartan as a form of withdrawal; however, the approach to controlling the symptoms is the same as the approach used to avoid withdrawal symptoms that are associated with many prescription medications. Even though losartan is not a significant drug of abuse, any individual who has been taking the drug should only discontinue it under the supervision of a physician and according to their physician’s instructions.

withdrawal
Get the Info & Help You NeedWe're open across the US. Learn about your options.