Since the dawn of human civilization, people have consumed fermented fruit and grain.

Often, alcohol is consumed in social gatherings, at celebrations, or as part of religious rituals. However, alcohol has also been consumed in a problematic way, even leading to addiction, for as long as it has been part of civilization.

Since alcohol is a major part of most adult social gatherings, holidays, and celebrations, it can be easy for some people to develop a drinking habit that becomes problematic. About 18.2 million Americans may be struggling with alcohol abuse or addiction, and about 16,000 people die annually in drunk driving accidents.

What Is Alcohol Addiction?

Whether alcohol is from fermented grains, like beer or whiskey, or from fruit, like wine, the primary intoxicating ingredient is ethanol. Traditionally, the beverage is made as yeast breaks down sugars and starches into ethanol. The resulting drink is a central nervous system (CNS) depressant, which causes a relaxed, euphoric sensation as well as other side effects.

Although it is legal for adults ages 21 and older in the United States to consume alcohol, this substance can be habit-forming for many people. People who regularly abuse alcohol or become addicted to alcohol can struggle with legal problems, domestic violence, and physical issues, since alcohol effects every organ in the body.

Signs that a person is intoxicated on alcohol include: 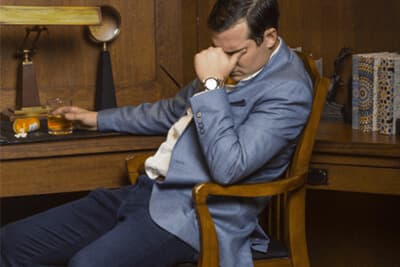 Who Is at Risk?

Because many people are exposed to alcohol over the course of their lives, it is possible for anyone to struggle with an alcohol use disorder at some point. However, some people are more likely to develop this addiction than others. Some potential risk factors include:

Generally, young adults ages 18-29 are considered the most likely to struggle with alcohol abuse problems; however, increasingly, older adults are more likely to struggle with problem drinking. This is in part due to differences in drugs considered “safe” to use in a social scenario and also due to older adults taking more prescription medications, including benzodiazepines and opioid painkillers, which can enhance the effects of alcohol on the body as well as lead to side effects and overdose faster.

Symptoms of Alcohol Abuse or Addiction

Unfortunately, many people who struggle with alcohol abuse may be in denial that they have a problem, until they end up hospitalized with alcohol poisoning or suffer an accident due to being intoxicated. It is important to understand the potential signs of an alcohol use disorder or addiction in order to get help as soon as possible. Signs of problem drinking, or an alcohol use disorder, include:

Alcohol can be very damaging to all organ systems, especially if the person chronically abuses alcohol. This includes consistent binge drinking (drinking five or more drinks in one night, or over one drink per hour) or continually drinking throughout the course of the day. Some long-term effects of alcohol on the mind and body include:

As mentioned, one form of alcohol abuse is binge drinking, which involves consuming too much alcohol for the body to process it safely in a short period of time. College students and older adults are both high-risk groups for binge drinking due to social pressures and expectations.

Overdosing on alcohol is called alcohol poisoning, and people who consume large quantities of alcohol regularly are also susceptible to this problem. Some people who struggle with alcohol addiction may drink substances like mouthwash or ethyl alcohol out of desperation; small children may drink these by accident.

Signs of alcohol poisoning include:

It is extremely important to call 911 if someone may have alcohol poisoning. There are no drugs that can reverse the effects, so the person needs emergency medical attention as soon as possible. If they are able to safely drink water while waiting for EMS, give them small sips of water to keep them hydrated. Do not give them more alcohol or coffee, which can dehydrate them further.

Sometimes, a person who struggles with an alcohol use disorder may not be able to get alcohol or may try to stop drinking on their own. This can lead to withdrawal symptoms, which can be unpleasant, uncomfortable, and, in some instances, dangerous.

A person who has struggled with alcohol addiction for a long period of time may also experience delirium tremens as a serious complication of alcohol withdrawal. Symptoms of delirium tremens include:

Delirium tremens is a physically dangerous condition that can even result in fatality. Individuals who are addicted to alcohol should never attempt to stop drinking on their own without direct medical supervision.

Treatment for Alcohol Abuse and Addiction 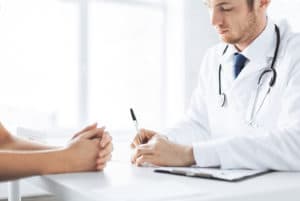 It is important to work with a physician, psychotherapist, and close friends and family members in tandem when trying to overcome an addiction to alcohol. Medical professionals can prescribe drugs, such as long-acting benzodiazepines or antidepressants, to ease the body off alcohol dependence and to avoid dangerous side effects like seizures. Therapists can help clients understand the root causes of their addiction and work to develop better coping mechanisms that don’t involve alcohol.
Support is crucial to sustained recovery. Family and friends can encourage the person to keep working toward sobriety and avoid all substances of abuse. There are several treatment options for overcoming alcohol addiction, but a comprehensive rehabilitation program offers many of these in concert so each individual client gets the appropriate level of care.

You aren't alone. You deserve to get help.
We are here to help you learn how to live without reaching for the next drink. Laguna Treatment Hospital is located in Orange County, CA. The first chemical dependency recovery hospital in the OC, we offer safe medical detox, mental health support, and wellness programs. We remain open and committed to supporting your recovery journey. Laguna is taking every precaution to ensure patient and staff safety. We are able to test incoming & current patients as well as staff for coronavirus to ensure peace of mind and focus on addiction treatment.