Heroin classifies as an opioid – in particular, a synthetic form of morphine. It binds to opioid receptors in the brain that are responsible for controlling a person’s perception of pain and reward. It is a highly addictive substance.

How Does Heroin Abuse Start?

The Substance Abuse and Mental Health Services Administration revealed studies showing that some adolescents were using heroin at 12 or 13, and possibly even younger since they were already using at the time of the survey. Heroin use may start when peers are using the substance and offer it to the person. It often begins in a social setting as an experiment and later escalates to heroin abuse and addiction.

In addition, heroin use often begins due to legitimate use of prescription painkillers. A person may get a prescription for Vicodin or Percocet from their doctor after surgery or an injury. Use can quickly escalate as a person takes higher or more frequent doses to experience the euphoric effects of the drug. Over time, dependence develops. As the person finds it harder to obtain prescription painkillers, they may turn to a cheaper, and often more accessible, alternative: heroin.

There is not enough information to adequately identify why some individuals opt to use drugs and become addicted while others do not become addicted from repeated use. There does appear to be a link between addiction and genetics. Those who have a family member who struggles with addiction are more likely to suffer from addiction themselves. In addition, a person’s environment factors into the likelihood that they will abuse drugs. Other factors include a person’s personality and the age of first exposure to the drug.

How Does Heroin Use Progress to Addiction? 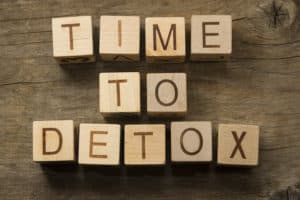 The National Institute on Drug Abuse’s statistics denote 4.2 million Americans 12 and over have used heroin at least once in their lives. It is estimated that in 2011 alone approximately 23 percent of people who used heroin became addicted to it.

Whether the person injects, snorts, or smokes the substance, it enters the brain and converts into morphine. The morphine binds to opioid receptors on the cells, which alter a person’s perception of pain. The receptors are responsible for reward as well. When the morphine binds, it triggers the release of dopamine.

During the first use, the person feels the euphoric effects of the drug. The individual then chooses to use the drug again to feel the same euphoric effect. Eventually, the person does not choose to do the drug just to get “high” due to how heroin affects the brain. Dependence begins to occur from repeatedly using the substance, and the person then uses heroin to feel normal. The neurons in the brain become used to the drug and no longer function normally without the substance. Without the drug, the neurons react with physiological symptoms.

In addition, over time, the person develops a tolerance for the drug, which means the individual requires more and more heroin to feel the same effects.

Per the Foundation for a Drug-Free World, an estimated 13.5 million people in the world take opiates, and of those individuals, 9.2 million use heroin. Of all the people who sought out rehabilitation for addiction, 18 percent required it for opiate abuse, in particular, heroin abuse.  In 2009, only 2.6 million people received the addiction recovery treatment they needed, which was equivalent to only 11.2 percent.

Generally, if the person has tried to quit the drug several times and is unable to do so, it is a clear sign of addiction. Other signs of addiction include a person not meeting obligations, such as attending work or school regularly, and the individual’s grades or performance at work suffering. The person may also potentially cut back on social and recreational activities due to heroin use.

The signs of heroin abuse do not just manifest as financial or social issues. The drug takes its toll on the person’s overall health by causing a lack of energy, malnourishment, and other health issues. The person might not eat regularly or visit the doctor as recommended. The person may stop grooming and striving to look presentable. The person’s behaviors and overall personality may seem to change. The person may become secretive and lie about their whereabouts or how they spend their money.

Heroin is an insidious drug of abuse that does significant damage to every aspect of a person’s life. With continued use, it doesn’t take long before the signs and symptoms of heroin abuse are clear to everyone around the individual.

A person who is addicted to heroin will begin to go through withdrawal when the drug leaves the system. Withdrawal symptoms can appear in as little as 12 hours after the user’s last hit, sometimes even sooner. The symptoms tend to get worse one or two days after last use and may continue for about a week. It is possible to also experience withdrawal from lowering the regular dosage of the drug.

Withdrawal from opiates like heroin is not life-threatening, but it is severely uncomfortable. It often feels like having a severe flu for an extended period of time. As a result, if a person doesn’t seek medical assistance during detox, relapse is likely.

Some of first noticeable withdrawal symptoms from heroin include:

Co-occurring disorders, the presence of addiction alongside another mental health issue, are common in those who abuse heroin. In general, those with mental health disorders are more at risk for developing addiction.

Oftentimes, those with mental health issues use drugs in an attempt to mitigate symptoms their disorder. While drugs may seem to lessen certain symptoms, they actually exacerbate such issues over time.

Sometimes, drug use leads to mental health issues. Using heroin has the potential to cause changes in the brain that lead to psychosis and other behavioral health disorders. The withdrawal process from heroin can cause depression and anxiety, which can lead to more substance abuse as the person attempts to ease the symptoms.

In cases of co-occurring disorders, it’s imperative that treatment for both issues occurs simultaneously. If only one disorder is treated, the likelihood of relapse is high.

Methadone is an opiate pain reliever. In a drug treatment facility, it is used as a medication to prevent the symptoms of heroin withdrawal since it affects the same receptors in the brain as heroin, but it does not cause the same euphoric effects. It lasts longer than heroin and other opioids, and the dosage depends on how much heroin the client was using prior to treatment and the severity of withdrawal. Over time, the dosage of methadone is reduced until the person ideally stops taking it altogether. Studies have evaluated the effectiveness of methadone and its effect on recovery results. Of 11 studies noted by the National Institutes of Health, all indicated a more positive outcome for those who took methadone during the recovery process.

Suboxone consists of two medications: buprenorphine and naloxone. Buprenorphine is an opioid that addresses the mental aspect of addiction by giving the brain the drug it thinks it needs to function. Naloxone is an opiate antagonist that blocks the effects of opioids, so it serves as an abuse-deterrent. If a person attempts to abuse Suboxone, the naloxone will kick in, rending abuse ineffective.

As with all medications, opioid replacement medications should be used in conjunction with a larger treatment program that includes therapy. Medication on its own is not a “cure” for addiction as there is no cure. In order to effectively address the issues that led to addiction, therapy is necessary. According to the Partnership for Drug-Free Kids, studies show a more positive outcome for patients who use Suboxone and therapy as a long-term treatment approach as opposed to a short-term approach of medically assisted detox and counseling.

The decision to use replacement medications is made by overseeing physicians on a case-by-case basis. A doctor may also prescribe medications to ease symptoms of withdrawal, including anti-anxiety, anti-nausea, and antidiarrheal medications.

Every person who goes through heroin addiction treatment is different and will require a different level of treatment that depends on various factors. For instance, treatment options depend on the length of use, the dosage amount, and how often the person used heroin. Treatment is also dependent on the severity of symptoms, the existence of any co-occurring disorders, and other needs that are specific to each individual. With input from the client, the treatment team devises a unique, tailored program.

In conclusion, recovery from heroin addiction is possible. While heroin abuse often results in severe addiction issues, addiction is a fully treatable condition that can be effectively managed for life. Professional care, including medical detox and a comprehensive therapeutic treatment program, is recommended for all cases of heroin addiction.