Drug and Alcohol Abuse and Addiction

Substance abuse is a widespread problem in the United States that has many serious health and social consequences.1 Substance abuse is not limited to the use of illegal drugs like heroin but may include the misuse and abuse of legal substances such as alcohol or prescription medications.2

This page will give a general overview of common drugs of abuse and their effects, signs of drug misuse and addiction, and drug rehabilitation treatment.

Did you know health insurance plans cover treatment for alcoholism and addiction?
Drugs of Abuse

Common Types of Drugs Which Are Abused

There are several major classes of drugs that get misused/abused. While the drugs discussed below do not represent an exhaustive list of all drugs of abuse, these are some of the most common.

While legal for adults 21 and over, alcohol is a very commonly abused drug with a large range of negative health implications. According to the World Health Organization, alcohol use contributes to over 200 diseases and injury-related conditions.3 In fact, over 5% of the global burden of disease and injury is attributable to alcohol.3

An overdose on alcohol—alcohol poisoning—can cause the suppression of life-sustaining functions such as breathing and may result in death.4

Marijuana is one of the most widely used drugs in the U.S.5 Marijuana/cannabis products are used in many forms:6

Marijuana concentrates have become increasingly popular over the years. These extracts can be very dangerous to users, as they are extremely high in THC, the main psychoactive ingredient in marijuana.5

Synthetic cannabinoids, commonly referred to as K2 or “Spice,” are manmade psychoactive chemicals sprayed on dried plant leaves or sold in liquid form to be vaporized and smoked. The chemicals are similar to those found in marijuana. Despite misleading advertising that makes K2/Spice appear like a safer, alternative form of marijuana, synthetic cannabinoids are not marijuana; their effects can be powerful, unpredictable, and much more dangerous—even deadly—for users.7

Opioids bind to and activate opioid receptors in the brain and body, reducing pain sensations and producing a relaxing, sometimes euphoric effect. The larger class of opioids includes both prescription painkillers and illegal narcotics.6

All opioids, even those obtained by prescription, are addictive and dangerous when misused. Overdosing on opioids can lead to severely slowed breathing that has the potential to result in permanent brain damage or even death.8

Stimulants are drugs that accelerate the activity of the central and sympathetic nervous systems, raising alertness, wakefulness, and energy.6,9 Like opioids, this class of drugs includes both prescription medications and illegal substances.

Commonly used and abused stimulants include:6

In contrast to stimulant drugs, CNS depressants inhibit or slow certain types of brain signaling and connected physiological processes.6 This results in effects including sedation and anxiety relief. Depressants can slow the breathing, and it is very dangerous to combine these drugs with opioids or alcohol, other substances that have a similar effect on respiration.6

Depressants include both prescription and illegal drugs such as:6

Hallucinogens are often misused because of the way they alter a person’s perception and senses, distort thoughts, and impact mood.6 The hallucinogen class of drugs contains a broad range of substances, including:6

Dissociative drugs are sometimes grouped under the larger class of hallucinogens, because of some overlap in their effects. Though their pharmacologic effects differ, they can also produce both perceptual distortions and hallucinations; however, unlike the hallucinogens listed above, dissociative drugs can also make the user feel dissociated, or separate, from their body and from reality.6,10

According to the 2019 National Survey on Drug Use and Health (NSDUH):11

Opioids continue to be a major national concern. Of the 70,630 drug overdoses in 2019 in the United States, more than 70% involved an opioid.12 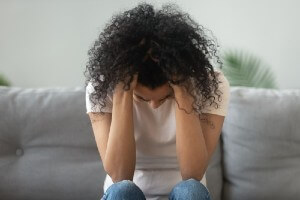 It is not always obvious when someone has been misusing drugs. Some of the outward signs might be somewhat subtle and/or not specific to just substance use. However, there are many potential signs and symptoms of drug abuse that you can watch for if you’ve become concerned about someone you know. These include:2,13

While misusing drugs is always dangerous, occasional use does not necessarily constitute addiction. Substance use disorder (SUD), the clinical diagnosis for drug addiction, is a chronic yet treatable disorder that involves compulsive drug-seeking and abuse despite the resulting harm. 14 Someone struggling with drug addiction may begin to exhibit several distressing symptoms.

There are 11 criteria outlined by the Diagnostic and Statistical Manual of Mental Disorders (DSM–5) that are considered when medical professionals diagnose an SUD:15

At least 2 criteria must be met within a 12 month period for an SUD diagnosis to be made.15 Only a medical or mental health professional can diagnose an SUD.

Can Drug Addiction Be Cured?

There is no cure for addiction; however, alcohol and drug treatment has helped lead many people to long-term recovery.16 There are many different forms of treatment. Often, addiction treatment professionals refer to what’s called a continuum of care. This means the many levels of care a person may engage in as they work through their recovery. The continuum of care often begins with medical detox and may involve inpatient or outpatient care (or both) as well as aftercare options such as sober living and mutual support groups.

Treatment for Drug and Alcohol Addiction 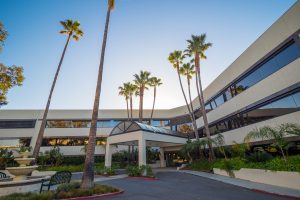 Your Next StepsRecovery is possible. How can we help?