What Is a Dab and How Is It Abused?

Dabbing has recently been growing in popularity as a different way of using marijuana, especially in states where marijuana use is legal.

Dabbing is the process of using a form of the drug called a “dab,” which is a small amount of cannabis extract (primarily butane hash oil).

Dabbing can be more dangerous than other forms of cannabis use, which makes this growing trend especially concerning.

Are you worried about you or someone you love? Take our free, confidential addiction questionnaire developed by healthcare professionals.

What Is a Dab? 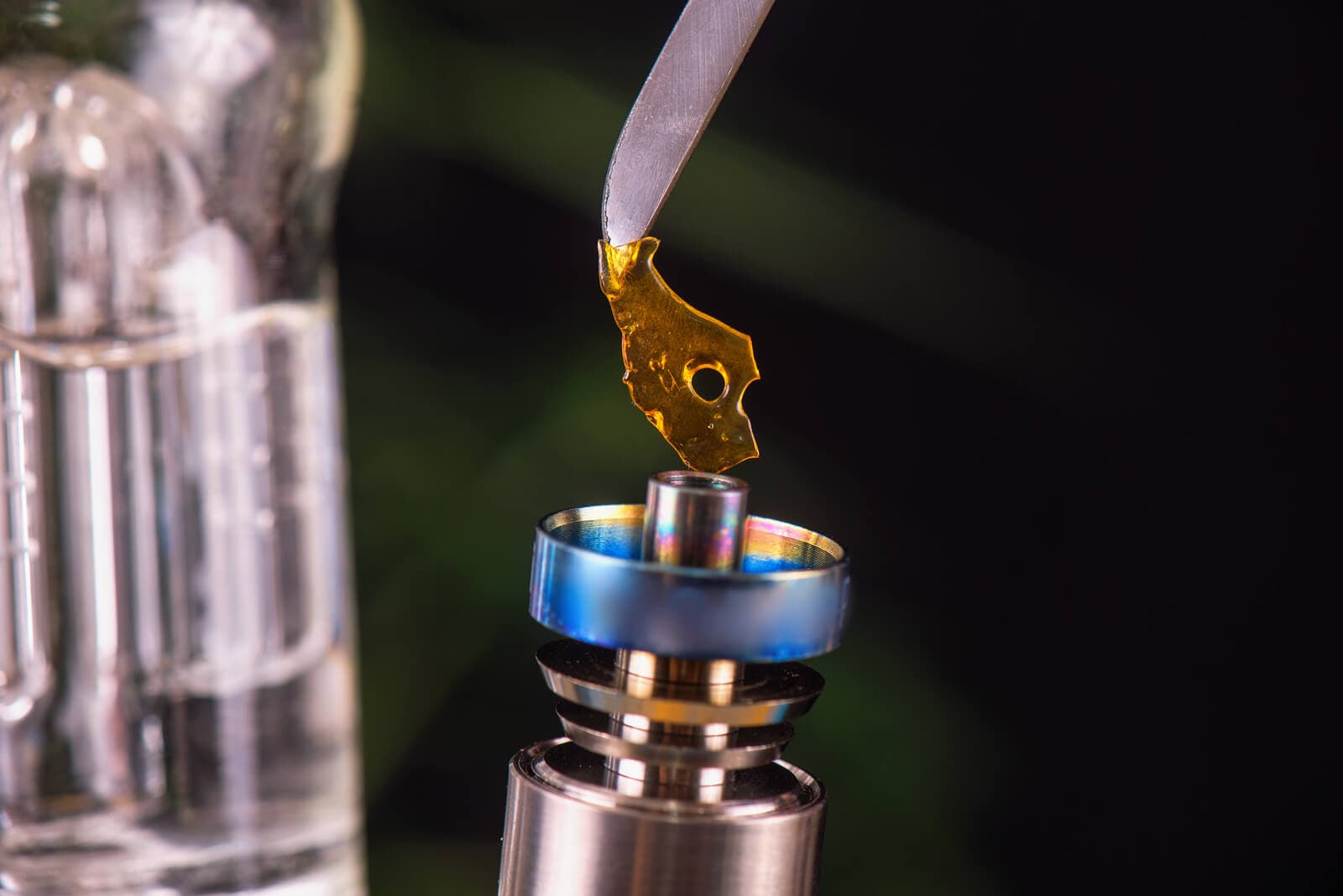 Butane hash oil (BHO) is the main extract used in dab weed. The creation of this concentrated form of marijuana involves the use of butane, which is a very flammable chemical. This process can cause explosions and thus is dangerous.

The butane is then removed, resulting in a sticky, resinous dab. However, the consistency of this substance can vary, depending on the details of its creation. Other names used for BHO or dab include:

This extract can be 50-80 percent THC. Comparatively, regular marijuana is typically only about 12-13 percent THC. This means that less of the substance is needed to get the same high, but also that side effects can be more powerful.

BHO can be smoked through a water pipe, oil pipe, or glass bong. It is also popular to use e-cigarette or vaporizers to vape the dabs. These provide an odorless, smokeless way to use marijuana that is easy to conceal. BHO can also be added to food or drink. Edibles with BHO make it possible for individuals to ingest highly concentrated THC. This is reported to result in a much more potent high than smoking, and it has potentially caused some issues with people suddenly passing out and having trouble breathing.

The Risks of Dabbing

Because dabbing involves using marijuana with a much higher THC concentration, its physical and psychological effects may be more severe. Additionally, an article from Pediatrics states that, in creating the vapor to be smoked, the paraphernalia on which the dab is placed is often heated to temperatures greater than 400 degrees Celsius. Besides the obvious dangers of burns and starting a fire, this can also lead to the individual inhaling benzene, rust, and/or offgassing solder, which are associated with long-term health dangers. Furthermore, another study found that over 80% of the cannabis concentrates evaluated were contaminated with pesticides and/or residual solvent.

As mentioned before, because the process of creating BHO involves the flammable chemical butane, it can cause dangerous explosions. Some say that the dangers of making BHO are similar to those of making methamphetamine. A study from the Journal of Medical Toxicology evaluated a selection of cases where the patient had BHO burns. They found that the median burn size was 10 percent of a patient’s total body surface area. The median length that patients had to stay in the hospital was 10 days. Over 20 percent required intubation to protect the individual’s airway, and over 60 percent needed skin grafting.

Unfortunately, the potential risks of dabbing are not fully understood, because there isn’t enough research into it yet. It is speculated that dabbing may be linked to a higher risk of falls, accidents, and losing consciousness than regular marijuana use. However, further study is needed.

Using marijuana as a teenager may negatively affect brain development and it is linked with a heightened risk of psychosis. Dabbing is likely to have similar effects.

One study found that individuals reported higher tolerance and withdrawal from dabbing, which indicates that dabbing may increase the likelihood of addiction or dependence. Marijuana withdrawal symptoms may include:

Treatment for Cannabis Use Disorder

Thankfully, addiction to marijuana is treatable. Research on cannabis use disorder treatments suggests that a combination of cognitive behavioral therapy, motivational enhancement therapy, and contingency management lead to the best abstinence results. These interventions can help individuals avoid relapsing to dabbing and/or other marijuana use, as well as help them better function on a day-to-day basis.

If addiction to dabbing and/or other marijuana use is suspected, the individual or loved one should seek an evaluation by an experienced professional.

herbalmarijuana
Prefer getting help via text?
We're available 24/7 via text message. Signup below for access to our team when its convenient for you!
and many more...
✕
Instantly Check Your Insurance Coverage
Your information is safe & secure
At Laguna, we accept most types of private (non-government) insurance and offer a variety of payment options.
You can quickly and privately check your insurance benefits to see if you're covered for addiction treatment services. We’ll be able to tell you if your provider is in network with Laguna Treatment Center and all American Addiction Centers locations.
This means your treatment may be FREE1 depending on your policy, copay, and deductible.
What's next for you?Recovery is possible. We're here to help with your addiction.