Written by: Emily Guarnotta, PsyD
Edited by: Amanda Lautieri
Reviewed by: Scot Thomas, M.D.
Updated: Jun 15, 2022
Co-occurring disorders impact millions of people throughout the country. This article will explain exactly what co-occurring disorders are and how they are treated.
Mental Health Disorders

What Are Mental Health Disorders? 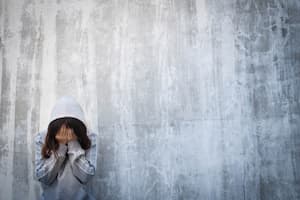 Mental health disorders are conditions that can profoundly affect thought, mood, and behavior.1,2 People with these disorders may experience severe distress and problems in their relationships, jobs, or other important areas of their lives.2

It’s common for people to experience an episode of mental illness at some point in their lifetimes. In fact, it is estimated that as many as 1 in 5 adults in the United States has struggled in the past year with some form of mental illness.1

What Is a Dual Diagnosis?

A dual diagnosis refers to the clinical situation in which a person has both an addiction and a mental illness at the same time.3 The term ‘dual diagnosis’ is not as widely used as it once was, with the phrase ‘co-occurring disorders’ becoming increasingly common.

Comorbidity is another term used to talk about addiction and mental health disorders. Like co-occurring disorders, it means two conditions present at the same time in the same person.3 However, the concept of comorbidity emphasizes the potentially adverse interaction of the two conditions.3 For example, addiction to certain drugs can cause or worsen existing mental health issues and, conversely, a mental illness may worsen the course of an addiction. 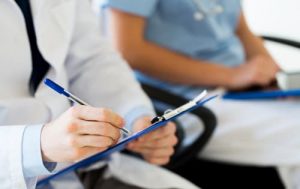 Any mental illness can co-occur with drug or alcohol abuse, but certain mental health disorders co-occur at higher rates.

Why Substance Use and Other Mental Disorders Co-Occur

Substance use and mental health disorders may co-occur for several reasons. First, many of the same risk factors contribute to both conditions.3 People with these specific risk factors have higher chances of developing co-occurring disorders. For example, trauma is one experience that significantly increases the risk of developing mental health issues, such as post-traumatic stress disorder (PTSD) and addiction.3

Second, having a mental health disorder can lead people to self-medicate, which involves using drugs or alcohol to cope with their symptoms.3,4 Some people may also turn to substances to ease the side effects of their psychiatric medications.3

People with mental health disorders may also experience changes in brain activity that can enhance the rewarding effects of drugs and reduce the awareness of negative consequences, making eventual addiction development more likely.3

The clinical presentation of different co-occurring disorders will vary. The following is a short list of some of common mental illnesses (and their main symptoms) that may occur alongside addiction.

Depression involves experiencing either depressed mood or loss of interest or pleasure, as well as some or all of the following symptoms at least over the course of a 2-week timeframe:2

Generalized anxiety disorder, or GAD, is marked by excessive worry that occurs for most days than not over a period of at least 6 months.2 Symptoms of this specific disorder include, but are not limited to, the following:2

ADHD is defined as a persistent pattern of hyperactivity, impulsivity, and difficulty holding attention.2 People with this condition may find that their symptoms interfere with their functioning and developments and can include the following:2

Bipolar I disorder is a mood disorder that includes severe highs and lows, known as manic and depressive episodes.2 During manic episodes, symptoms can include the following:2

Depressive episodes can be marked by the following symptoms:2

Personality disorders are long-standing patterns of thinking, feeling, and behaving that affect a person’s life and relationships.2 People with BPD may experience symptoms that include the following:

OCD is a type of anxiety disorder that involves obsessions and compulsions.2  Symptoms of this mental health condition can include the following:2

Schizophrenia is a serious mental illness that negatively affects people’s ability to care for themselves, keep up with their responsibilities, and have stable relationships.2 People with schizophrenia may experience symptoms that include the following:2 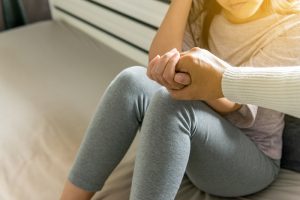 Certain factors or experiences can increase the risk of developing a substance use disorder and/or another mental health disorder:3

People with co-occurring disorders can benefit from specialized treatment that addresses both issues at the same time. Integrative treatment is more effective than treating each condition alone.3 Studies have shown that treating only one condition can increase the risk of future relapses.4 Getting specialized treatment can ensure that you are getting the comprehensive help that you need to fully recover.

The Dangers of Self-Medication 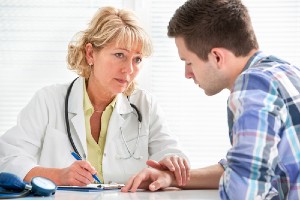 Self-medication is the act of using drugs or alcohol to cope with negative emotions or troubling symptoms.3,4 Drugs and alcohol can cause feelings of euphoria and relaxation, which people may seek out in an attempt to temporarily “numb” their emotions.

Even though self-medication can make a person feel better temporarily, it can cause more problems in the long run.4 People who self-medicate are more likely to develop a substance use disorder.3,4

Get Help for Mental Health and Drug Abuse Issues

Getting help for mental health and drug abuse issues at the same time can result in better treatment outcomes than treatment for only one condition.3 Laguna Treatment Hospital is one facility that provides comprehensive treatment for co-occurring disorders. They offer several different options to meet your needs:

Laguna Treatment Hospital specializes in treating co-occurring disorders. Call now to learn more about how we can help.

Finding the Right Treatment Center for Addiction and Mental Health

It is important to find the right treatment center if you or a loved one is experiencing a co-occurring disorder. One of the most imperative factors to consider when making this decision is whether or not the treatment center offers dual diagnosis treatment. Additionally, you may want to consider factors such as levels of rehab care offered (e.g., inpatient addiction treatment, outpatient treatment) location, cost, and additional treatment options should you require continued care.

You will work closely with a team of professionals who will help create a treatment plan that meets your needs. This treatment plan can include a number of different evidence-based addiction therapies, including:

While therapy is extremely beneficial and has proven to help treat the root causes of mental illnesses and substance use disorders, sometimes medication is also needed to help provide the most comprehensive care. Common medications in addiction treatment range from over-the-counter medications like Pepto Bismal, melatonin, and acetaminophen to prescription medications like disulfiram, methadone, naltrexone, and gabapentin.

If you are ready to get the help you deserve, you might have a number of questions. Call us right now at to speak with one of our rehab admissions navigators. They can help you determine how to pay for rehab by either using health insurance to cover addiction treatment or other payment options. You can get started right now by filling out our to verify your insurance.

Do not wait any longer. Call our Orange County rehab right now to get started on the road to recovery.