Written by: Stacy Mosel, LMSW
Edited by: Sarah Newman
Reviewed by: Kristen Fuller, MD
Updated: Jul 29, 2022
Cocaine is a powerful and addictive drug that causes different changes in the brain and body.1 Cocaine misuse can cause short-term and long-term health risks, including overdose and cocaine addiction.1 This article will help you understand what cocaine is, the signs of cocaine addiction, cocaine withdrawal, and how to seek cocaine addiction treatment.
Cocaine Use and Addiction

What Is Cocaine, and How Is It Abused?

Cocaine is a stimulant drug that comes as a white powder.1 People typically snort the powder or rub it on their gums. But it can also be injected or smoked in a rock form called crack cocaine.1

Cocaine can be cut with other things, such as other drugs like heroin or fentanyl, or benign substances like cornstarch and talcum powder.1 It is sometimes used with other intoxicating substances such as the stimulant amphetamine or the synthetic opioid fentanyl.1 Some people also mix cocaine use with other substances like alcohol.

Cocaine has some limited medical use, but it is rarely used for medical purposes in the US.2 In some medical settings, it may be used to reduce bleeding from the mucous membranes, as pain control before nose procedures, or as an anesthetic.3 Recreational cocaine use is illegal and can present high potential for abuse and addiction.1

Who Is at Risk for Cocaine Addiction? 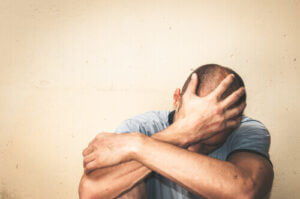 According to the 2020 National Survey on Drug Use and Health, 489,000 people aged 18 and older initiated cocaine use in the past year.4 People aged 18-25 were most likely to initiate cocaine use, with 341,000 people in this age group having used cocaine for the first time in 2020.4

According to a 2017 study, people who may have a higher risk of cocaine use can include people older than 50, people who come from large metropolitan areas, people who also use tobacco, alcohol, cannabis, or heroin, and those with major depression.5

Cocaine Use Symptoms and Effects

Symptoms and Side Effects of Cocaine Use

Cocaine affects the brain by stimulating areas of the mesolimbic dopamine system, which is the brain’s reward center.1,6 Cocaine floods the reward center with excess dopamine, producing amplified signals in the brain, leading to euphoria and elevated mood.6

Cocaine’s effects begin almost immediately, but the length of cocaine’s effects varies and high can start to wear off within minutes to around an hour.7 For this reason, people who use cocaine often do so on binges, meaning that they take large amounts at once and will take more when they start to crash to maintain their high and prevent withdrawal symptoms.1

Short-term effects of cocaine can include:7

Physical side effects of cocaine abuse may include:7

Cocaine can cause damage to the entire body, with some variation of effects depending on the route of administration. Some of the specific ways cocaine can affect body systems include:3

Cocaine withdrawal can occur when someone suddenly stops or cuts down their cocaine use.10 It is typically not dangerous, but it can be uncomfortable and in some cases, lead to dangers such as suicidal ideation and profound depression.10 People who undergo withdrawal without proper support can have an increased risk of relapse due to intense cravings.10

Symptoms of cocaine withdrawal include:10

Cocaine withdrawal often begins a few hours after last use.11 When the “high” wears off, the person may start to feel negative emotions, fatigue, and cravings, so they might want to take more cocaine to avoid these withdrawal symptoms.9

Withdrawal timelines can vary by individual factors, such as the amount and length of use, other substances of use, co-occurring mental or physical health conditions , and the type of cocaine (crack vs. powder) used.9

A crash can last for several days, and the individual can continue to experience acute withdrawal symptoms for 1-2 weeks.9 People who have binged for 2-3 days are usually very tired and may sleep for 24-48 hours.9

People can experience cravings for 1-3 weeks, but they can last longer for some people.9 It’s possible for people to develop a protracted withdrawal syndrome that involves less severe symptoms, such as fatigue, depressed mood, anxiety, ongoing drug cravings, and concentration difficulties; this typically lasts 1-3 months.9

Cocaine Overdose and How to Help

People can overdose after they use cocaine for the first time, but chronic users are at a greater risk of overdose.1,4 There are no antidotes or medications to treat a stimulant overdose.9

The symptoms and signs of a cocaine overdose can include:9

If you suspect that someone is experiencing an overdose, it’s important to take action and seek immediate medical attention. You should:12

Cocaine overdoses and deaths are on the rise due to cocaine being cut with fentanyl and  other drugs.13 The National Institute on Drug Abuse reports that around 15,000 cocaine overdoses in 2020 involved synthetic opioids.14

Addiction refers to the compulsive, uncontrollable use of a substance despite all the harm that it causes. Addiction may entail not only physiological changes but several harmful behavioral changes adversely impacting every aspect of an individual’s life. Addiction development is accompanied by functional changes within the brain that can impact an individual’s drive, motivation, thought processes and behaviors so much that drug use becomes prioritized over all else. The development of addiction is influenced not only by repeated substance use itself, but also by genetic, psychosocial, and environmental factors.

Effective treatment options are available for cocaine addiction. Detox is often the first step in the process, and the purpose of detox is to eliminate the drug of abuse from the body while limiting unwanted withdrawal symptoms.15 People are often encouraged to continue treatment beyond detox, and there are different levels of care for substance abuse treatment.15

There are no specific medications used to treat cocaine withdrawal or to help overcome the addiction.9,10 Some medications may be prescribed on an off-label basis to treat withdrawal symptoms.

The most common forms of therapy to help a person overcome cocaine addiction include:1

Entering treatment can help lay the foundation for lasting recovery. When seeking drug rehab in Orange County, you might consider the following questions:16

The Road to Recovery

If you or a loved one is  struggling with addiction to cocaine, you should know that there are several medical detox programs, inpatient rehabs and outpatient programs that can help. These programs typically offer different levels of care for substance abuse treatment, including individual, group, and family therapy, as well as other forms of support for treating cocaine addiction. Some rehabilitation programs offer job and life skills training, while others may also include alternative or complementary therapies.

Laguna Treatment Hospital offers evidence-based treatment for co-occurring mental health disorders, safe medical detox, addiction-focused healthcare, and inpatient residential treatment that can help you get started on the path to recovery. If you are interested in learning more about  rehab admissions, what to expect in inpatient rehab, and our rehab facility amenities, please contact one of our caring admissions navigators at any time of day or night. They can also answer your questions about ways to cover the cost of rehab, including using your insurance to pay for rehab.

What's next for you?Recovery is possible. We're here to help with your addiction.