How Long Does Cocaine Stay in Your System if Mixed With Other Substances?

In most cases, cocaine does not remain in one’s system very long, especially when it is the only drug taken. Read on to learn more about the general timeline for cocaine detection and how this timeline may be affected if a person mixes cocaine with other drugs or alcohol.

Worrying often about how long cocaine stays in your system may mean you have a problem. Combining cocaine with other drugs is a very dangerous practice and puts your health and life at risk.

If you’ve found yourself unable to control your cocaine use, you may need treatment for a substance use disorder.

How the Body Rids Itself of Cocaine 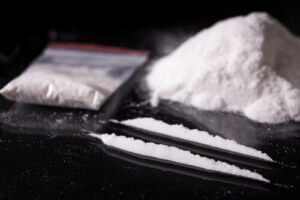 The primary organ responsible for breaking down cocaine in the body is the liver. This process is known as metabolism, where enzymes transform the substance into other compounds called metabolites that are easier to eliminate from the body.

The major metabolite for cocaine is called benzoylecgonine, and it is often measured in urine drug testing since it is detectable for a longer period of time after cocaine use than cocaine itself is.

Benzoylecgonine has a half-life of about 12 hours and is typically detectable in urine for 2–3 days (or longer for heavy users) after the most recent use.

How Long Is Cocaine Detectable in the Body?

General timelines for the detection of cocaine and/or its metabolites in the body can be estimated as:

All of the above figures are estimates. The length of time that cocaine will remain in a person’s system depends on a number of factors.

There are several elements that can influence the amount of time it will take a person’s body to eliminate cocaine. These include:

For more information, you can use our drug effects calculator to estimate the length of time it takes for many of the acute, intoxicating drug effects to wear off.*

When cocaine and alcohol are used together, a new metabolite called cocaethylene is formed in the liver and circulates in the body. Cocaethylene has a plasma half-life 3–5 times longer than cocaine, and is linked to liver damage, seizures, and impaired immune system functioning.

Cocaethylene has an 18- to 25-fold higher risk of immediate death than cocaine alone.

Alcohol may also increase the peak concentration of cocaine by about 20%, and cocaethylene presence is linked to higher blood alcohol concentrations. These synergistic effects are dangerous and can cause more adverse effects.

Mixing Other Drugs With Cocaine

There is little research on how the elimination process of cocaine is affected by the presence of other recreational drugs in the system (besides alcohol).

However, several drugs of abuse can cause liver damage over time, which may impede the liver’s ability to metabolize other drugs, such as cocaine.

In addition, certain medications, supplements, and foods may speed up or slow down the body’s metabolism of cocaine through their effects on the enzymes CYP3A4 and CYP3A5, which are involved in the metabolism of cocaine. Examples include erythromycin, grapefruit juice, and St. John’s Wort.

Combining other drugs with cocaine may be more dangerous than either alone.

Getting Help for Cocaine Addiction 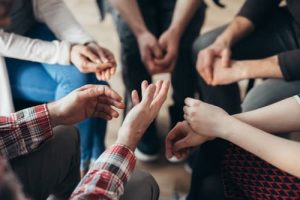 Addiction is a serious and chronic disease—but it is treatable. If you or a loved one has developed an addiction to cocaine or any other substance, you may need professional treatment to stop using.

At Laguna Treatment Hospital, we provide hospital based medical detox and inpatient drug rehab facility in orange county in a beautiful, serene environment staffed with doctors, nurses, and licensed clinicians.

To learn more about how we can help you address your cocaine use and other issues you may be struggling with, call us at . Our admissions navigators can answer any questions about the rehab admissions process and how to pay for rehab or how to use insurance to pay for rehab.

You can also find out whether we accept your health insurance by filling out this quick and confidential .

Don’t wait to build a better future. Take the first step toward recovery and contact us today.

cocainemixing
Prefer getting help via text?
We're available 24/7 via text message. Signup below for access to our team when its convenient for you!
and many more...
What's next for you?Recovery is possible. We're here to help with your addiction.