How Does Cocaine Abuse Affect Babies of Pregnant Women?

In the 1980s, the War on Drugs was still fresh in the public eye, and studies predicting the hazardous effects of drugs on children were everywhere.

One such prediction was the “crack baby,” a term used to describe babies born to mothers who were addicted to cocaine. These babies, scientists warned, would have lower IQs and poor social skills, a telltale sign of their mother’s dangerous and unhealthy habits. These predictions turned out to be somewhat exaggerated; instead of obvious signs, the effect cocaine abuse has on children is far subtler.

Cocaine Use and Pregnancy: The Facts

Cocaine is one of the most pervasive illicit substances in the world today. The drug is considered a Schedule II substance in the US, which means it is highly addictive and only legal for specific medical use. Despite this classification, however, the National Institute on Drug Abuse (NIDA) reports that an estimated 1.5 million people use cocaine each month in the United States, and unfortunately, many of these people are women of childbearing age.

NIDA estimates that there are 750,000 pregnant women using cocaine each year, hurting their babies’ development with every use. When a pregnant woman uses cocaine, the drug travels through the placenta and umbilical cord to affect her growing baby too. This can lead to many health problems for the baby, some of which last well into adulthood.

Cocaine abuse can complicate a pregnancy too. The March of Dimes organization reports that cocaine has contributed to seizures, miscarriages, placental abruption (a condition in which the placenta separates from the wall of the uterus before birth), and other problems that can be fatal for both mother and baby.

One of the most obvious signs of a mother’s cocaine use is known as neonatal abstinence syndrome (NAS). This occurs when a mother’s cocaine use creates a chemical dependency in the baby’s system, effectively causing the baby to be addicted to the drug. Babies with NAS start going through withdrawal from the moment they are born, as they no longer have access to the drug through their mother’s use. NAS withdrawal symptoms include:

Premature birth is also a common occurrence among women using cocaine. Although premature births can happen for any number of reasons, the American Pregnancy Association reports that mothers who use cocaine while pregnant have a 25 percent increased risk of a premature birth. As a result, babies born to mothers using cocaine tend to be smaller than healthy babies. They have a lower birth weight, their heads are smaller in circumference, and even their brains are smaller; they typically remain smaller throughout their lives.

Exposure to cocaine while in utero can even have a lasting impact on a baby’s body. For example, a 2009 study in the journal Therapeutic Advances in Cardiovascular Disease also discovered that prenatal exposure to cocaine can alter baby’s heart and automatic nervous system as they develop. This alteration has been linked to cardiovascular diseases like myocardial ischemia. Baby who were exposed to cocaine while developing also have a higher risk of birth defects, and they are at an increased risk of suffering from sudden infant death syndrome.

The immediate damage a baby suffers from cocaine exposure is grievous enough for many women to avoid the drug throughout their pregnancies, but those initial issues are only the beginning. Many studies have found that babies who were exposed to cocaine in the womb suffer from developmental problems later in life.

Researchers have examined the cultural effects a mother’s substance abuse can have on a child. Addiction, and the dangerous living conditions that usually accompany it, can keep children from achieving success later in life, regardless of their potential. According to the Maternal Substance Abuse and Child Development Project, babies raised by mothers who are using cocaine are at a greater risk of suffering from cultural disadvantages like:

Because of these circumstances, as well as the early exposure to cocaine, some children exhibit social and behavioral problems. A Medscape study discovered that cocaine exposure was linked to heightened aggression in 5-year-old children, and the American Academy of Pediatrics reports that there is a correlation between a mother’s cocaine abuse and a child’s developmental struggles regarding behavior, cognition, and language skills. Some researchers also believe that prenatal cocaine exposure can lead to an increased risk of psychological disorders like depression and schizophrenia in adulthood. 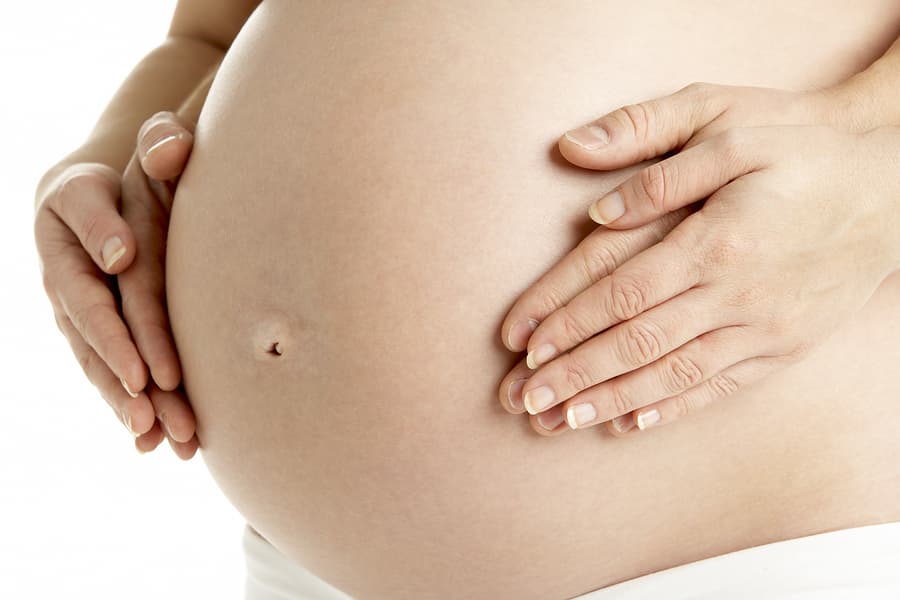 many struggles facing babies exposed to cocaine are certainly very distressing, especially when one considers how many pregnant women continue to use drugs throughout those nine months. But there is still reason to hope for these children. A 2008 study in PLoS Medicine discovered that drugs like cimetidine blocked the adverse effects of cocaine exposure in developing baby rats. These findings open doors of possibility for mothers struggling with addiction; if they find it impossible to abstain from cocaine themselves, there is still a chance to shield the baby from the drug’s effects. However, this option should still be a last resort, as abstaining from drugs is the best way to keep mother and baby safe during pregnancy.

If you, or someone close to you, have been using cocaine throughout pregnancy, there is still time to seek treatment. Studies have found that the damage a baby suffers from early cocaine use can be reversed if the mother refrains from all drugs during a baby’s early childhood.

Entering a treatment facility that provides medical treatment and psychological therapy can ensure that pregnant women and their babies are cared for properly. When women who struggle with addiction have access to treatment, and when they do not feel so afraid of losing her child that they refuse to ask for help, both mother and baby can recover and thrive.

childrencocainepregnantwomen
Prefer getting help via text?
We're available 24/7 via text message. Signup below for access to our team when its convenient for you!
and many more...
✕
Instantly Check Your Insurance Coverage
Your information is safe & secure
At Laguna, we accept most types of private (non-government) insurance and offer a variety of payment options.
You can quickly and privately check your insurance benefits to see if you're covered for addiction treatment services. We’ll be able to tell you if your provider is in network with Laguna Treatment Center and all American Addiction Centers locations.
This means your treatment may be FREE1 depending on your policy, copay, and deductible.
What's next for you?Recovery is possible. We're here to help with your addiction.