The Effects of Cocaine on the Body

Cocaine is a stimulant used recreationally by many, despite being illegal and powerfully addictive.

Despite the drug’s popularity, cocaine can have dangerous short-term and long-term effects that can cause tremendous damage to the body. The Drug Abuse Warning Network (DAWN) estimated that, in 2009, cocaine was involved in over 422,000 emergency department visits. According to provisional counts for 2017, over 14,000 Americans died from overdoses involving cocaine.

Has your cocaine use become unmanageable? Take our addiction assessment now. It’s free and 100% confidential.

The Science behind the High 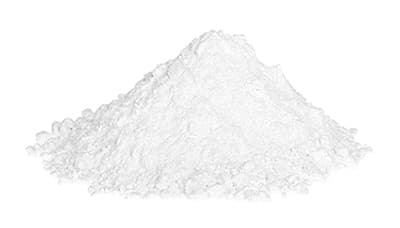 There are several different ways that people use cocaine. Some snort it, some rub it on their gums, some people dissolve it and inject it into their veins, and some smoke a processed form (called “crack” or “freebase cocaine”). Many cocaine users take it in binges, where they repeatedly use it in a short time frame to sustain their high. Heavy users have a higher risk of becoming dependent on cocaine.

Regardless of how cocaine is used, it impacts the brain. Dopamine levels are increased in the brain’s movement and reward circuits by cocaine. Cocaine causes a build up of dopamine in the brain by preventing it from being recycled back into the cells that release it. This impairs normal communication between nerve cells. The reward circuit becomes used to having larger amount of dopamine and become less sensitive to dopamine, reinforcing drug use because the individual needs more and more to feel the same high and to prevent withdrawal.

Using cocaine can cause happiness, increased energy, and alertness, but also irritability, paranoia, and excessive sensitivity to sound, sight, and touch. It can prompt some individuals to act violently or bizarrely. Some individuals inject cocaine in combination with heroin (“speedball“), which can cause different effects.

What Does Cocaine Do to You?

Some of cocaine’s effects may seem harmless: a euphoric feeling, an energy boost, and increased alertness. However, cocaine use also can cause many other effects – some of which are incredibly dangerous.

Some of the short-term effects include:

There are also many possible long-term cocaine side effects. These are discussed in more detail below.

The Nose and Throat

People who snort cocaine may experience nosebleeds and a frequent runny nose. Snorting cocaine can damage a person’s sense of smell. Furthermore, it can cause damage to the structure of the nose, which can range from minor septal perforation (a hole in the wall between the nostrils) to more severe damage which may lead to collapse of the entire nose.

Snorting cocaine can also lead to hoarseness and difficulty swallowing. In some extreme cases, like one examined in the New England Journal of Medicine, cocaine can perforate the roof of the mouth, effectively connecting the mouth and nasal cavity and complicating everyday tasks like eating.

While damage to the nose and mouth from cocaine use may be extensive, people often easily understand this cause and effect. After all, if someone exposes their nose to a dangerous substance, it makes sense that their nose would likely suffer some consequences. Yet cocaine use damages many parts of the body, even those one may not expect to be affected. A 2006 article in the Journal of the Royal Society of Medicine discussed one of the oft-forgotten systems that cocaine can wreak havoc on: the gastrointestinal system.
Some people experience diarrhea, nausea, vomiting and/or abdominal pain after using cocaine. These side effects may start less than an hour after using cocaine, or they may start up to 48 hours after taking the drug. Cocaine use can lead to mesenteric ischemia (a lack of blood flow to the small intestine causes damage to it), gangrene of the bowels (death of intestinal tissue), bowel perforation (hole in the intestines), and intraperitoneal hemorrhage (bleeding into the peritoneal cavity). These complications can be fatal.

Although the theory that cocaine decreases appetite is widespread, a more recent study casts doubt on this. They assert that although there is a brief decrease in appetite, it is followed by an increase in fat and carbohydrate consumption. However, there is no associated weight gain. The researchers in this study found that cocaine use was linked to decreased weight and decreased fat mass. Thus, it appears that the weight loss associated with cocaine use is due to changes in metabolism.

Although this weight loss may be perceived by the user as a good thing, it is not worth the countless dangers of cocaine use. Furthermore, it is common for individuals to rapidly gain excess weight once they stop using cocaine, and for some individuals this can lead to relapse. When an individual starts treatment for cocaine addiction, it is important that they are aware of the metabolic changes that may occur and how this could affect their weight and body composition. This foreknowledge enables them to work with their treatment team to develop a dietary plan to help compensate for these metabolic changes and a relapse prevention plan to help prevent this from triggering a relapse.

In addition to the short-term effects of blood vessel constriction, high blood pressure, fast heart rate, and/or irregular heartbeat, cocaine can also cause long-term effects on the cardiovascular system.

Cocaine can cause chest pain, and this prompts many users to go to the emergency room because they think they are having a heart attack. Cocaine can also trigger an actual heart attack, so any chest pain needs to be taken seriously. Using cocaine is also associated with ruptures of the aorta, higher risk of stroke, heart muscle inflammation, the heart being less able to contract, and heart failure. It is also linked to coronary atherosclerosis, where plaque builds up in the arteries that go to the heart, and coronary artery disease.

Cocaine use, particularly chronic use, can cause long-term alterations in the brain. Animal studies demonstrate that, over time, the neurons become acclimated to the presence of cocaine and adjust the release of neurotransmitters and the level of receptors for those neurotransmitters. This occurs in the reward pathway and thus affects the individual’s ability to feel pleasure, both from the drug and from other typically pleasurable experiences, such as eating. Tolerance can cause them to need more and more cocaine in order to produce the same effects. The user may become dependent on cocaine, and when they stop using it they may develop feelings of anhedonia and depression.

There has also been some research demonstrating that cocaine affects the stress circuits in the brain as well, increasing their sensitivity. Cocaine may elevate stress hormones. Increased sensitivity to stress may cause even worse moods when cocaine is stopped, which can prompt relapse or other unhealthy behaviors.

Binging on cocaine is common and can result in worsened edginess, agitation, paranoia, and panic attacks. It can even lead to psychosis, including hallucinations and detachment from reality.

Smoking crack cocaine can harm the lungs, and users who have asthma may worsen the condition. It can also lead to cough and/or respiratory distress. Smoking crack can also increase the risk of pneumonia and other similar infections.

Injecting cocaine puts users at risk of contracting human immunodeficiency virus (HIV), hepatitis C, and other infectious diseases. Even users who do not inject the drug are still at risk of contracting infectious diseases because cocaine and addiction can impair their judgment, leading them to engage in risky sexual behavior. Furthermore, cocaine can accelerate the progression of HIV through several mechanisms. Lastly, an individual may have an allergic reaction to the cocaine itself or to something mixed with it, which can be very dangerous.

Cocaine affects the body in a variety of ways, but the dangers outweigh any potential benefits of non-medical use. With each use of cocaine comes the risk lasting negative consequences, including possible death.

If you are struggling with cocaine use, consider getting into treatment as soon as possible. The sooner you enter treatment, the less opportunity there is for you to suffer some of these dangerous consequences. Treatment can help you enjoy a healthier, more productive life.

cocaine
Prefer getting help via text?
We're available 24/7 via text message. Signup below for access to our team when its convenient for you!
and many more...
✕
Instantly Check Your Insurance Coverage
Your information is safe & secure
At Laguna, we accept most types of private (non-government) insurance and offer a variety of payment options.
You can quickly and privately check your insurance benefits to see if you're covered for addiction treatment services. We’ll be able to tell you if your provider is in network with Laguna Treatment Center and all American Addiction Centers locations.
This means your treatment may be FREE1 depending on your policy, copay, and deductible.
What's next for you?Recovery is possible. We're here to help with your addiction.