Most parents know the dangers of alcohol that their kids will face when they go off to college, but few realize club drugs are becoming a growing problem around the nation.

According to findings from the 2020 National Survey on Drug Use and Health conducted by the Substance Abuse and Mental Health Services Administration (SAMHSA), an estimated 659,000 people age 18 and up had used Molly in the past month and 20.3 million had used it in their lifetime.1

Molly, which is also called MDMA or ecstasy, is a synthetic drug that alters perception and mood. It is similar in chemical composition to hallucinogens and stimulants, and induces feelings of energy, pleasure, and warmth, while distorting time and sensory perception by increasing levels of serotonin, epinephrine, and dopamine in the brain.2

Researchers have not been able to fully determine whether ecstasy is addicting. However, it affects the same neurotransmitters that other addictive drugs target, and Molly use is associated with certain addictive behaviors like impulsiveness and continued use despite negative consequences.3

A club drug, MDMA use is especially popular at raves because it allows users to stay up all night dancing, and the intense euphoria it provokes makes partygoers enjoy the electric dance music on an entirely different level.

Users typically take it orally in capsule or tablet form, which means it is incredibly discreet. MDMA can result in feelings of emotional and physical closeness, but those feelings rarely last. Like any drug, taking Molly has both short-term and long-term risks, and even the occasional user can experience life-threatening complications.

Use of MDMA by College Students 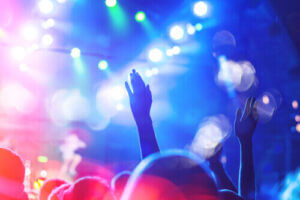 Many college students experience a newfound freedom when they go off to school, and that often leads to experimenting with substances. Data from 2020 shows that nearly 1 million young adults age 18–25 tried ecstasy in the past year.1

Taking Molly is dangerous regardless of the situation, but like any drug, mixing it with other substances can significantly increase the risk of adverse side effects or even death. Despite the dangers, some college students still mix alcohol or other drugs with Molly every time they go out.

A previous study found that ecstasy-related emergency room visits for people younger than 21 increased by 128 percent between 2005 and 2011, and about one-third of those visits also involved alcohol.4

The risk of experiencing negative side effects and even death increases significantly when combining multiple substances over a short period of time.2

When mixing MDMA and alcohol, for example, the risk of alcohol poisoning increases because the stimulant masks feelings of intoxication, so users tend to drink far more than they normally would.5

When mixed with alcohol, the pleasurable feelings that MDMA provokes may feel a little stronger at first; however, users will typically experience a crash once the effect of the neurotransmitters wears off, and that crash often includes depression, anxiety, and trouble sleeping.2

High doses of MDMA may also affect the body’s ability to control its own temperature. This can cause overheating that could result in liver, kidney, or heart failure, or death.2

The Short-Term Effects of Molly

The short-term effects of Molly may include:2, 6

The Long-Term Effects of Molly 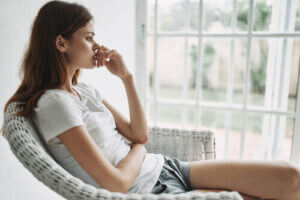 A 2010 report found that the adolescent brain continues to mature well into the 20s. This means even college-age kids don’t fully grasp the consequences of their actions, and they may not be forward-thinking enough to consider the long-term effects of ecstasy use.7

Some long-term effects of MDMA are more dangerous than others and may include:2, 6

The decision to stop taking Molly might be up to the individual, but family and friends can make it easier to quit by offering encouragement and support. First, they have to recognize and identify that there’s a problem.

Signs of Molly addiction can include:8

The most challenging part of helping a loved one with addiction may be recognizing that your loved one needs help. It may be hard for family members to spot the initial warning signs of ecstasy addiction, especially if their loved one is away at college, but eventually the signs will be impossible to hide.

Common withdrawal symptoms from Molly are:2, 6

Though withdrawal may be uncomfortable, clients who enter our Orange County drug detox facility will have access to healthcare professionals 24/7 who know how to treat the most severe symptoms and make their clients as comfortable as possible.

Following detox, people trying to quit using MDMA may enter residential programming. An average day in inpatient rehab may include attending various types of therapy and group meetings to address the root causes of their Molly addiction. Some individuals also have success in outpatient programming, where they attend treatment while still living at home.

This can allow college students to continue attending classes and progressing academically while getting the care they need. In cases of severe addiction, or co-occurring disorders, residential care is preferable since it allows individuals to step away from daily life and fully focus on recovery.

It can be especially challenging to get through to college students regarding MDMA addiction because socializing is such a huge part of college life. For many college students, “socializing” translates to partying, and that partying often involves substance abuse, including use of Molly and other club drugs.

Family members need to remember that addiction is a treatable disease. With comprehensive treatment, support from loved ones, and continuous encouragement, college students can stop using drugs and achieve balance in sobriety.9

If your loved one is addicted to ecstasy, stop waiting to get them help. Call us at today to learn more about our evidence-based addiction treatment programs and start the admissions process.

club drugsmdma
Prefer getting help via text?
We're available 24/7 via text message. Signup below for access to our team when its convenient for you!
and many more...
✕
Instantly Check Your Insurance Coverage
Your information is safe & secure
At Laguna, we accept most types of private (non-government) insurance and offer a variety of payment options.
You can quickly and privately check your insurance benefits to see if you're covered for addiction treatment services. We’ll be able to tell you if your provider is in network with Laguna Treatment Center and all American Addiction Centers locations.
This means your treatment may be FREE1 depending on your policy, copay, and deductible.
What's next for you?Recovery is possible. We're here to help with your addiction.