What Is Benzedrex, and How Is It Abused?

Benzedrex intranasal inhalers are nonprescription decongestants. The generic name for the drug is propylhexedrine. These inhalers are sold over the counter to alleviate nasal congestion. 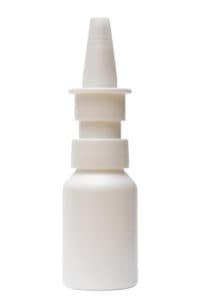 Benzedrex intranasal inhalers are meant to temporarily treat nasal congestion that can occur as a result of allergies or colds. Amphetamine sulfate was once the active ingredient used in Benzedrex inhalers; however, amphetamines are commonly abused and high doses can be dangerous. In 1949, amphetamine in the inhalers was replaced with propylhexedrine.

Propylhexedrine is a stimulant. The drug causes a release of dopamine, norepinephrine, and serotonin from cells. Its stimulant effects are similar to the fight-or-flight response that occurs in people and animals when they are stressed, including vasoconstriction (tightening of the arterial walls), increased heart rate, increased blood pressure, dilation of the airways, and increased blood sugar levels. The vasoconstriction the drug causes is responsible for its effectiveness as a nasal decongestant.

Propylhexedrine is banned in competition by the World Anti-Doping Agency (WADA). This means that athletes are forbidden from using this drug during any competitions in organizations that have accepted WADA’s code.

According to one study, individuals who abuse the drug generally do not do so by using the nasal inhaler properly. Rather, they ingest the medication orally or inject it into their veins.

The Effects of Benzedrex Abuse

When taken as instructed, Benzedrex is generally not a dangerous drug. Some individuals may experience side effects, such as burning nasal passages, dryness, rebound nasal congestion, sweating, tremors, anxiousness, and/or restlessness. Widespread effects are more frequent in individuals who have heart disease and/or who use propylhexedrine excessively.

When people abuse the drug, a number of significant negative effects may occur. According to the Handbook of the Medical Consequences of Alcohol and Drug Abuse, propylhexedrine abuse has been associated with the following:

One study reports that the toxic effects of propylhexedrine are similar to those of amphetamines but can actually produce more severe end-organ problems, especially if it is injected intravenously. This is reportedly because propylhexedrine both constricts blood vessels and raises blood pressure more intensely than amphetamines.

In addition to propylhexedrine, Benzedrex inhalers also contain lavender oil and menthol. Although some individuals who misuse the drug seek to extract the propylhexedrine from the mixture, extraction methods may be flawed. Other individuals may consume the cotton rods whole, ingesting all the ingredients of Benzedrex as well as the cotton. Consuming these other components, particularly in large amounts, may be dangerous.

Signs of Benzedrex or Propylhexedrine Abuse 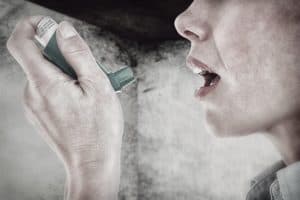 Signs that an individual may be suffering from a stimulant use disorder (which may involve propylhexedrine) include:

Those who abuse the drug may leave broken Benzedrex inhalers, Benzedrex packaging, bits of cotton, etc., in their rooms or in their clothing.

Any type of substance use disorder is a serious issue, and it is extremely important that anyone struggling with addiction gets professional assistance starting with finding a medical detox clinic. Substance abuse treatment centers in Orange County can help them understand what drove their substance use, learn healthy coping skills that do not involve substance use, address any co-occurring mental illnesses, and develop a plan for long-term recovery.

If you’re struggling with an inability to stop using a substance or you’ve seen the negative impact of stimulant use on a loved one, we can help. Our treatment programs have helped many people overcome substance dependence and addiction, and they can do the same for you.