What Is Mephedrone, and How Is It Abused?

Mephedrone (chemical name: 4-methylmethcathinone or 4-methyl ephedrone) is a synthetic cathinone, indicating that it is a man-made drug that is similar to the cathinones found in the khat plant and used by people indigenous to Africa as a stimulant. The effects of the drug are very similar to the effects of a combination of cocaine or amphetamines and ecstasy. This means that the drug produces increased energy, feelings of euphoria, increased sociability, and increased feelings of empathy.

Mephedrone is commonly found in items that are labeled as “bath salts,” and it is listed as a Schedule I controlled substance by the United States Drug Enforcement Administration (DEA). It can be manufactured overseas or in makeshift labs within the country. It is typically sold in pill or powder form.

Street names for mephedrone include M-smack, MCAT, meow meow, drone, bubbles, and meph. When mephedrone is contained in substances that are labeled as “bath salts,” street names include vanilla sky, white lightning, white dove, and flakka.

The DEA reports that young urban-dwelling males are the most common abusers of mephedrone. The drug typically acts rapidly, and its effects occur between 15 and 45 minutes after it has been ingested. It is most commonly taken orally or snorted.

Using mephedrone results in a massive increase in the neurotransmitters serotonin and dopamine in the central nervous system. Once the person stops using the drug, the situation is reversed, and there is a massive depletion of these neurotransmitters.

The Effects of Mephedrone Use

Published research studies indicate that there are various effects of mephedrone use and abuse.

There are cases in the research literature of fatalities due to overdosing on mephedrone. The drug is relatively easy to overdose on, as individuals who use it will often tend to binge on the drug. Moreover, mephedrone users tend to use the drug in conjunction with other drugs, such as alcohol, other central nervous system depressants like opiates, and even other stimulants. This increases the risk of an overdose on mephedrone or an overdose on the other drug.

Symptoms of overdose include:

Overdoses can occur at 250 mg or more of the drug in some individuals. Overdoses on mephedrone are often treated with IV fluids and benzodiazepines. Anyone who is suspected of overdosing on mephedrone should receive immediate medical attention.

Individuals who combine mephedrone with other stimulant drugs, such as cocaine, methamphetamine, or Ritalin (methylphenidate), enhance the effects of these drugs. This can lead to an increased potential to experience a stroke, seizures, dehydration, psychosis, and hostility and agitation. 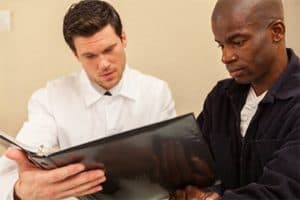 Because the drug has no medicinal uses, any person who is suspected of using mephedrone should be suspected of abusing it. There are research studies to suggest that long-term use of the drug can produce physical dependence, so the first step in treatment of an individual who is abusing mephedrone is to initiate a medical detox (withdrawal management) protocol.

There are no national specialized groups to address recovery from mephedrone abuse, and individuals should be able to participate in standard substance abuse therapy and peer support groups for addictive behaviors (e.g., 12-Step groups). There may be local groups that specialize in support for individuals with stimulant abuse issues. Check with a local community health center to see if any specialized groups exist in the area.

An important aspect of recovery is learning relapse prevention techniques. Substance use disorder therapy, support group participation, and other formalized interventions have some standardized approaches to ongoing recovery. The basic approach to relapse prevention includes:

Although some medications may be able to address cravings associated with triggers, the best long-term solution to relapse prevention is to develop behavioral strategies to avoid the use of alcohol or drugs in the future. Cravings can be elicited by numerous factors, including stress, excitement, reminders of past substance use, boredom, hunger, and fatigue.

Techniques used to prevent relapse and deal with cravings include: