What Are the Signs and Symptoms of Mephedrone Abuse? 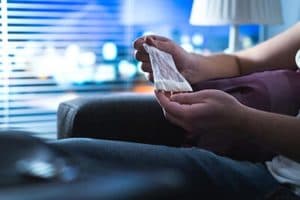 Mephedrone has the properties of stimulant drugs and also acts as an entactogenic stimulant, making it similar to ecstasy (MDMA). These effects, in addition to the stimulant effect, produce feelings of increased sociability, friendliness, talkativeness, and empathy. Mephedrone is often confused with other similar-sounding drugs like methadone, but it is entirely different substance.

The drug is very similar to the cathinones found in the leaves of the khat plant and used by people indigenous to Africa as a stimulant. Many sources classify mephedrone as one of many synthetic cathinones (man-made substances that are synthetic in their chemical composition to natural occurring cathinones).

There are no formally approved medicinal uses for mephedrone, and it is classified by the United States Drug Enforcement Administration (DEA) under the Schedule I category of controlled substances. This means that unless one has special permissions from the federal government, the possession of any amount of mephedrone is illegal.

Mephedrone may be sold as tablets, in powder form, or packaged in substances labeled as “bath salts.” This drug can be artificially produced by sources overseas and in private laboratories in the United States.

Because there are no recognized medicinal uses for mephedrone, anyone who is using this drug is abusing it. The drug can only be obtained illegally, is only used recreationally, and the sole intent of individuals using it is to experience its unique psychoactive effects. Thus, the first sign that should be considered when there is a question that an individual is abusing mephedrone is evidence of any use of the drug.

Some of the physical signs that an individual is abusing mephedrone could include:

Some of the psychological effects of mephedrone abuse can include:

It has been established that there is the potential to develop physical dependence with chronic abuse of mephedrone. Most of the symptoms that are associated with the withdrawal syndrome from mephedrone appear to be primarily psychological in nature. Observing that an individual has intermittent periods of extreme energy, sociability, friendliness, and even possible psychosis followed by withdrawal symptoms would suggest a very severe case of abuse to the drug.

Some of these withdrawal symptoms include:

The individual would have to meet a certain number of diagnostic criteria that define the disorder. A person who has abused mephedrone, had problems with overall functioning, and experienced significant distress associated with their use of the drug could qualify for a diagnosis by expressing as few as 2 of a total of 11 formal diagnostic signs and symptoms. 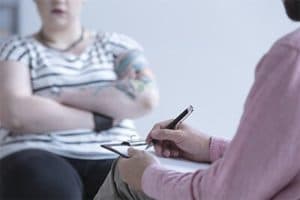 Substance use disorders, such as stimulant use disorders associated with mephedrone abuse, do not resolve by themselves. Often, individuals who enter recovery programs are motivated by external factors, such as friends or family, their work, declining performance in school, or getting into trouble with the law. Interestingly, the majority of individuals who are in the very early stages of recovery maintain the notion that they will be able to eventually control their use of the drug and go back to occasional use; however, this is never a realistic expectation.

According to the vast majority of available research, overall treatment outcomes are typically similar, regardless of whether an individual enters treatment voluntarily or is coerced into treatment. This means that simply getting a person into a treatment program is the first step to help them with their substance abuse issue.

Once they get into treatment, it is up to them to take ownership of their issues and move forward in their recovery. Treatment programs should be structured so they address the needs of the individual while at the same time following the recognized protocols that help clients engage in a successful recovery.

One way to help a loved one is to organize a substance abuse intervention and get the person to commit to entering treatment. This can help the individual recognize that they might have a problem and lead them to the road to recovery.

Although the use of coercion to get an individual into treatment may often be necessary, name-calling, hostility, and frustration are very poor means of persuasion. Instead, coercion should be professionally structured, so the person agrees to enter treatment. Showing concern, promising support, and pointing out how the person’s substance use affects them and the people around them are the most effective forms of persuasion to get the individual to enter treatment.