What Are the Withdrawal Effects of Mephedrone? 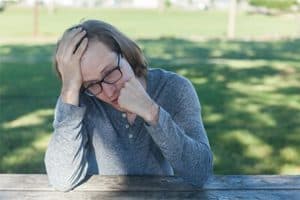 Mephedrone is a synthetic stimulant drug that can make mental and physical function feel boosted for a short period of time. As a synthetic cathinone, it is derived from the khat plant, found in South America.

Mephedrone is one of the many chemicals that may be found in bath salts. It is a Schedule I drug as of 2011 because of its intense stimulating high and related psychological and physical dangers. The Drug Enforcement Administration (DEA) first found the drug in the United States in 2009 when many other synthetic cathinones were shipped in as “bath salts” or labeled as other “not for human consumption” chemicals like “plant food,” “glass cleaner,” or other names.

In 2009, the National Forensic Laboratory Information System (NFLIS) reported 10 instances of mephedrone intoxication or poisoning. By 2011, there were 336 reports of the drug, and by 2012, there were only 60 reports due to temporary scheduling changes moving it into Schedule I. This change prevented convenient sales of the drugs and enabled law enforcement oversight of people who potentially had it in their possession.

Why Is Mephedrone Addictive?

The initial effects reported by people who abuse mephedrone include:

Because mephedrone is an illicit synthetic stimulant, each package will be dosed differently. There are no regulations about how much goes into each container or tablet. It is easy to take too much and suffer from psychosis, heart attack, seizure, hyperthermia, or sudden death.

Mephedrone is a relatively new drug, so the acute dangers of the substance are understood through hospitalization for related problems, including violent behavior toward oneself or others, a psychological break from reality, kidney failure, and cardiac arrest. There are also some withdrawal symptoms associated with taking mephedrone.

Research published in 2014 found that mephedrone had greater stimulant action on the brain than MDMA, or ecstasy, which the drug is often compared to. Mephedrone releases more neurotransmitters than MDMA, which means that acute withdrawal symptoms can be very intense. A 2011 report from The Guardian reported that as much as one-third of “clubbers” in the United Kingdom who abused mephedrone may have been addicted to the substance, making withdrawal symptoms more serious than just a hangover.

The substance also hits the brain faster than MDMA, and it is metabolized out more quickly. This means that the high from taking mephedrone is very rapid, which can quickly lead to compulsive behaviors to get another jolt of a high. This type of abuse can quickly lead to tolerance or dependence if the person does not overdose on the substance. Trying to stop abuse of mephedrone when in this bingeing pattern is incredibly tough. Medical oversight is needed, not just for potential withdrawal symptoms, but to also reduce the risk of relapse.

Mephedrone’s effects typically begin between 15 and 45 minutes after the drug is consumed. These effects last about two or three hours, although ideal effects like high excitement and low inhibitions may only last for 10 minutes. Then, the drug metabolizes out of the body, leading to a slump from the brain not producing enough dopamine. The user may take more mephedrone very quickly to feel better and avoid withdrawal or comedown symptoms; however, this cycle of bingeing can lead to overdose.

How Mephedrone Withdrawal Starts and Is Treated 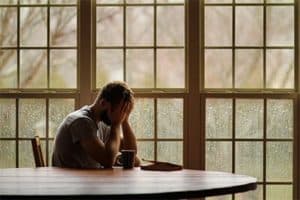 Because of mephedrone’s potential to lead to overdose rather than dependence, it is rare for this drug to lead to withdrawal symptoms. Because the body metabolizes the drug out very quickly, the negative effects from the drug leaving the body are more likely to feel like a hangover or comedown than withdrawal. These symptoms may last for a day or two but will then clear up.

People who abuse mephedrone for a long time and who may have developed a dependence on the drug may experience more intense withdrawal symptoms, beginning about a day after their last dose, peaking within two or three days, and ending after about seven days.

Psychological withdrawal symptoms may include:

Physical withdrawal symptoms may include:

Because mephedrone binges can be so dangerous, and the drug’s dosage and effects are so hard to predict, it is important to get help to stop abuse of this dangerous, damaging substance. Medical supervision during detox is crucial. Although there are no drugs to ease withdrawal symptoms, these symptoms can be individually addressed if they become uncomfortable or disruptive. Psychological problems like depression or anxiety can be managed with small doses of prescription medication if they become problematic or chronic. Working with a physician to manage care during and after detox can also help to identify any internal harm, like heart or kidney damage, that may require long-term care.

Evidence-based treatment uses the latest medical research to understand how new drugs, like mephedrone, impact the brain and body. This results in the best possible treatment to help clients overcome addiction to these substances.