Cyclobenzaprine is the generic name for a muscle relaxant, prescribed in the US under brand names like Amrix, Fexmid, FusePaq Tabradol, and, most popularly, Flexeril.
The medication treats tense, sore, and stiff muscles after a strain, sprain, or other muscle injury; however, it is intended to work in combination with physical therapy, exercise, and rest to help the affected area heal.

Sometimes, cyclobenzaprine is prescribed off-label to treat fibromyalgia, although it is considered a second-line treatment for that condition. It is also being investigated in a rapid-release form as a treatment for post-traumatic stress disorder since the medication has similar effects on the brain as tricyclic antidepressants.

Cyclobenzaprine was approved for prescription use in the United States by the Food and Drug Administration (FDA) in 1977, and it is not currently listed on any Schedule as part of the Controlled Substances Act. However, it is still a drug that is diverted for nonmedical or recreational abuse.

How Does Cyclobenzaprine Work? 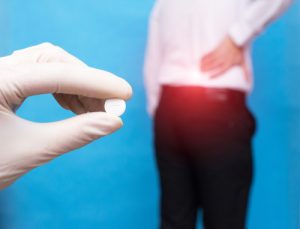 This drug’s exact action on the brain is not fully understood; however, it is known to be a central nervous system (CNS) depressant, meaning it relaxes the mind and body by blocking nerve impulses, slowing the brain and reducing pain sensations. Cyclobenzaprine is believed to act on gamma and alpha neurons and their firing, to reduce muscle tension or spasms.

It is also chemically like tricyclic antidepressants, so it has a similar action, although it does not have exactly the same effects. By slowing down neuron impulses, cyclobenzaprine stops skeletal muscle spasms, making it a good short-term treatment for minor, but painful, injuries to this system. Since the drug acts on the brain instead of the spinal cord or muscles, it is a good treatment for overall pain problems.

A doctor will typically prescribe 5 mg of cyclobenzaprine, three times per day. If pain is not treated, then that dose is likely to increase.

Cyclobenzaprine is only effective at relieving pain for the first two weeks; after that, the body develops at tolerance to the medication, so it is no longer effective, even at higher doses. The medication is typically not prescribed for more than three weeks.

There are anecdotal reports that cyclobenzaprine or Flexeril has been abused for recreational purposes, as it can potentially lead to an intense relaxation similar to narcotics. The drug can disrupt neurotransmitter action in the brain, which may increase the euphoric feeling on a short-term basis but can also cause brain damage and cognitive difficulties after long-term abuse. 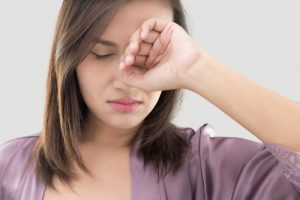 Since cyclobenzaprine interacts with neurotransmitters, it can lead to some side effects. When taken in appropriate doses for a short amount of time, as prescribed, the medication should not cause any lasting side effects; however, when the drug is abused, higher doses increase the risk of side effects. These include:

There are some side effects that can be dangerous and indicate that the person needs emergency medical assistance. These include:

Interactions with Drugs and Medical Conditions

Because cyclobenzaprine or Flexeril is chemically like tricyclic antidepressants, this drug should not be taken in combination with antidepressant medications, especially MAO inhibitors, which are very potent. This combination can lead to serotonin syndrome, when the brain is flooded with too much serotonin. Mild versions of this condition may clear up on their own, but dangerous conditions include symptoms like:

Additionally, mixing this medication with other CNS depressants can be very dangerous; the person could experience intense drowsiness, reduced or irregular breathing, and coma. CNS depressants that negatively interact with cyclobenzaprine include:

Women who are pregnant or breastfeeding should consult their doctor before taking cyclobenzaprine, as the medication has a less than 1 percent chance of interacting with the fetus or being secreted through the breastmilk. Women who wish to become pregnant should discuss the potential interactions of the prescription with their doctor.

People with liver damage or liver problems should not take cyclobenzaprine, as the interaction on the liver is potentially dangerous. While the FDA indicates that there have not been enough studies involving people with hepatic impairment, the potential for the drug interacting negatively with the liver is high.

Elderly patients can take cyclobenzaprine, but it is recommended that their initial prescription dose begins at 5 mg and increases slowly as needed.

It is possible to overdose on cyclobenzaprine, which can lead to dangerous symptoms. One of those is rhabdomyolysis, which is the breakdown of muscle tissue from toxins that the kidneys can no longer process. The condition can also be caused by damage to the muscle fibers directly, causing them to break down and release their contents into the blood. This leads to kidney damage.

Ataxia, or severe and uncontrolled muscle spasms, is another symptom of toxicity. 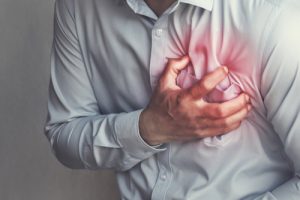 Other symptoms of Flexeril overdose include:

Get Help for Cyclobenzaprine Abuse

People who struggle with polydrug abuse issues may use cyclobenzaprine to get high or to enhance the high from other substances. This is a very dangerous practice that can quickly lead to addiction or overdose. It is important to get help overcoming substance abuse with the help of a hospital based detox program. With the right help, individuals can leave cyclobenzaprine abuse in the past and move toward a more balanced life in recovery.