Alcoholism by Inheritance: How to Deal with Alcoholic Parents

According to the National Council on Alcoholism and Drug Dependence (NCADD), there are an estimated 18 million adults in America who abuse alcohol, and roughly 7 million children live with parents who have abused alcohol to varying degrees.

Children are fairly intuitive, and they can often pick up on the fact that something is wrong with mom or dad, whereas adult offspring of alcoholics tend to have a better understanding of the situation and will likely do whatever they can do help. According to NCADD, more than half of all adults have a family history of alcoholism, and understanding how alcoholism occurs is the first step to protecting both their parents and themselves.

Alcoholism typically develops gradually, and there is no single catalyst that makes someone develop an addiction to alcohol; however, there are some common factors that pertain to many people suffering from alcoholism. According to the National Institute on Alcohol Abuse and Alcoholism, people who are dependent on drugs are more likely to develop alcoholism than those who are not. Other risk factors include having a parent who is addicted to alcohol and having a mental health problem like anxiety, depression, or schizophrenia. People with low self-esteem are also more likely to develop an addiction to alcohol, as are those who have significant stress or live in a culture where alcohol abuse use is common, accepted, or even expected.

Alcoholism is not defined by the number of drinks that people consume or how frequently they do so. Rather, it is defined by how the use of alcohol affects the individual’s health and life. According to NCADD, parents may suffer from alcoholism if they:

Children should not have to take care of their parents, but unfortunately, that’s what often happens when a parent is an alcoholic. The first step to helping a parent who is suffering from alcoholism is to confront the situation head on. 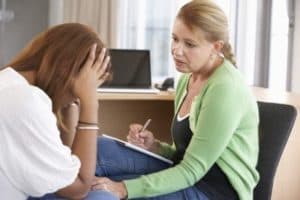 Regardless of how bad the addiction has gotten, most people will deny alcoholism when confronted with it initially. The Partnership for Drug-Free Kids reminds readers that it’s normal to question whether they’re overreacting when they think their parents might have a problem. And if a parent denies having a problem, it’s easy to simply drop the issue; however, there are signs of alcoholism that no one should ignore. If parents’ drinking habits are affecting their health, finances, job, relationships, legal issues, or self-respect, it’s necessary to continue with the confrontation, even if the parents deny it.

It’s natural to feel scared or anxious about confronting a parent, but there are steps that concerned children can take to make the situation easier. First, don’t confront parents while they are under the influence. They will be more likely to be dismissive or even angry. If the addiction is so severe that the parent in question is rarely, if ever, sober, it’s time to call an addiction counselor for help. Other tips for confronting parents are:

If parents refuse to acknowledge that alcohol is affecting their social or financial wellbeing, children can discuss how its long-term use will affect them physically, because those effects are eventually impossible to ignore.

Effects of Alcoholism on the Body

Alcohol abuse has both immediate and long-term effects on the body.

According to the Foundation for a Drug-Free World, some short-term effects of alcohol abuse are:

People who suffer from alcoholism for a significant period of time may also experience some of the long-term effects of abusing it. These include:

In addition to the most common long-term effects that alcohol has on health, it’s important to remember that it can also make preexisting conditions, like asthma, worse.

According to a report originally published in Addiction Biology, 40 percent of asthmatics reported that alcohol worsened their asthma symptoms following its consumption, and wine was the most common trigger for those who experienced adverse reactions.

Everyone wants to see their parents take care of themselves well into old age. Losing a parent to an avoidable cause is one of the most painful events that anyone can go through, and alcohol’s effect on cholesterol is one such preventable issue.

According to the UK’s National Health Service, drinking excessive amounts of alcohol regularly can increase cholesterol and triglyceride levels, which can ultimately lead to a heart attack or stroke.

One of the more serious side effects of alcohol is organ failure. The scariest aspect of organ failure is that it can occur gradually or all at once, and it is ultimately fatal.

The five major organs that alcohol affects are the heart, brain, liver, kidneys, and pancreas. 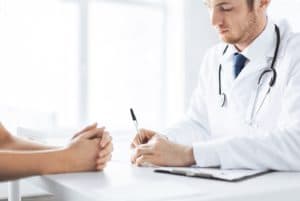 There are a variety of ways to treat alcoholism, and no single program works for every individual; however, some approaches tend to be more effective than others. For example, people who surround themselves with supportive family and friends may find it easier to enter recovery, whereas those who go it alone may find it far more difficult.

Many children of parents who suffer from alcoholism may not even want to help their parents. It’s likely that their parents disappointed them in more ways than one when they were growing up. It’s critical to remember that alcoholism is a disease though. Like any disease, once it takes hold, people are powerless to its effects until they seek treatment at an alcohol rehab in Orange County.

Treating an addiction to alcohol typically starts with medical detox, which consists of the body flushing itself of all the alcohol and toxins that have built up over time. Detox can be uncomfortable and even life-threatening, so medical detox is always required for alcohol withdrawal. When clients undergo it in a controlled, healthcare setting, withdrawal symptoms are entirely manageable, and clients can be kept safe throughout the entire process.

It’s natural to feel scared, anxious, and even angry when a parent is abusing alcohol. Children can help by encouraging their parents to get help, and by supporting them every step of the way.