Abuse of prescription opioid medications such as Norco has become a major problem in the United States. These drugs, even when taken as directed, have a high abuse potential and may lead people to become dependent on and/or addicted to them. 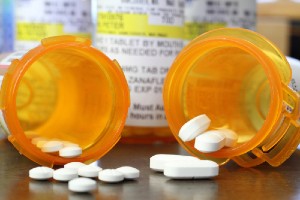 Norco is primarily used to treat pain that is severe enough to warrant opioid medications and is unable to be treated by other pain medications.

Can Norco Be Abused?

Yes, Norco is often abused. Because Norco contains hydrocodone, an opioid medication, it is classified as a Schedule II controlled substance by the United States Drug Enforcement Administration. This means that while it has acceptable medical uses, it is also considered to be a drug that carries a significant risk for abuse and dependence.

Norco acts similarly to other opioid agonists. The hydrocodone binds to several opiate receptors in the central nervous system. It stimulates a process that reduces the excitability of the neurons in the brain and spinal cord. In this way, it changes the perception of pain in the person. Opioid agonists can also produce experiences of euphoria, which can lead to misuse and abuse.

Some common side effects of Norco include:

If these side effects are significant, do not go away, or are otherwise concerning, contact your healthcare professional immediately. Call 911 in an emergency.

When someone regularly uses an opioid, such as hydrocodone, they can develop a tolerance to that drug. Their body becomes used to taking that amount of drug, and they need a larger or more frequent dose to experience the same effects as before. If an individual with a high tolerance to an opioid stops taking them, they can lose their tolerance. If they then start taking it again, they can have dangerous reactions to a Norco dosage that previously cause them no problems. This can cause an overdose, which could be fatal. According to provisional 2017 counts, over 14,900 Americans died from overdoses involving natural and semisynthetic opioids.

Some of the signs of Norco overdose include:

For those who are abusing or addicted to Norco, quitting is more than employing the willpower to just stop. It often involves multiple forms of treatment, starting with detox to address physical dependence and alleviate withdrawal symptoms.

Norco withdrawal symptoms may include:

Individuals going through opioid withdrawal are especially vulnerable because they may resume taking opioids in order to stop the unpleasant symptoms. Relapse can be fatal. Otherwise, withdrawal from Norco is generally not dangerous; however, individuals who become severely confused or distressed may be at increased risk for accidental or intentional injury or death. Additionally, withdrawal may exacerbate other severe illnesses, which can be serious.

In medical detox programs, withdrawal can be safely managed with medications and the support and supervision of medical professionals.

How to Treat Norco Addiction

Treatment for Norco addiction may involve different approaches for different people. There is no cure for opioid addiction, nor is there one single path to recovery. Individualized treatment that takes into account your needs, your your mental health, your support system, and other factors is crucial. At Laguna Treatment Hospital, we help you devise such a plan. We also offer hospital-based detox where you can safely withdraw from hydrocodone with the 24/7 support of our medical staff. After detox, we can help you begin your recovery either in our inpatient rehab program or help you make plans for transitioning into another form of treatment, such as outpatient therapy in a nearby program.

To learn more about our Southern California rehab and what we offer, call us at . Every single call is completely confidential, and we are here to help you at any time of the day or night.

Sophie Stein received her master’s of science in nursing from Vanderbilt University School of Nursing. She previously worked as an advanced practice registered nurse at an outpatient psychiatric practice providing mental health care for children,...Read More