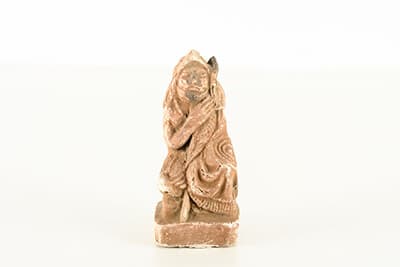 Eight people were arrested this month when the US Attorney’s Office handed down indictments that would effectively dismantle a California drug ring shipping methamphetamine to Hawaii in the form of Aztec statues.

Prosecutors allege that more than 26 pounds of pure methamphetamine were shipped from a Garden Grove, California, post office in a box that appeared to contain brightly colored home décor items, including replicas of Aztec statue and replicas of a 500-year-old Aztec calendar stone. Over the course of the investigation, other packages were intercepted as well, containing anywhere from 2 pounds to 4 pounds of methamphetamine each.

Those who are convicted may be imprisoned for decades as a result, depending on their role.

All Involved Are Accountable

Each of the eight people named in the indictments allegedly played a different role in the organization. One person is charged with procuring large amounts of methamphetamine. Another is said to have set up the drug shipments from California to Hawaii. Another person was charged with supplying narcotics to another person in the drug ring while some are charged with buying meth from others in the ring.

But it is not just those who were major players in the drug ring that are up against years in prison. Some of those who were indicted played a much smaller role yet still are facing charges.

One person agreed to let the drug ring hide their drugs in his home. Another dropped off meth to customers, perhaps just once. Another simply dropped off the package containing the Aztec statues and calendars made of meth at the post office in Garden Grove.

All will stand in front of a judge to defend their choices, including a ninth person who was already behind bars at the time of the arrests.

Is it fair for someone who played a relatively small role in the procurement or delivery and sales of an illicit drug to be judged like those who actively bought and sold the drugs? Being a middle man seems to do little to protect someone who not only assists drug traffickers but also protects the whole drug ring despite having full knowledge of what is going on.

The person who covers up the actions of a group of people contributing to the addiction or death of others is complicit. If it can be proven that they sought to cover up the actions of others in the drug ring or to otherwise stop law enforcement from interceding at any time, their legal problems could mount.

The idea is not necessarily to weigh who is more or less accountable but to ask why. Is it a personal addiction that drove their choices? Did they take part in the drug ring because they needed to fund their own drug supply? For those who are on the fringes of drug-related criminal activity, arrest can be the wakeup call they need to save their lives.

Are You in Need of Help?

If you are covering up your loved one’s addiction or aiding them in getting and staying high in any way, it is time to take a step back and consider why you are making those choices. Are you struggling with your own addiction? Are you hoping that you can “fix” it for them? Are you still hoping that it’s a phase that will pass in time?

One of the most important things that your loved one needs to recover from addiction is the full support of the people around them. This means:

The more you learn about how addiction functions in the brain and body, the better able you will be to make strong choices when it comes to your loved one and truly assist them in connecting with the treatment services they need to begin a new life in recovery. Are you ready to get started?