Fentanyl Cause of Higher Rates of San Diego Overdose Deaths 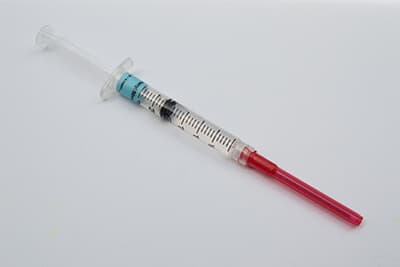 Prescription drug abuse peaked in 2010. With pill mills dotting the country, illegal pharmacies more than willing to supply those who wanted them with prescription opioids like OxyContin and Vicodin, and doctors who handed out scripts with little medical oversight, anyone and everyone had access to lethal prescription drugs on an ongoing basis.

As soon as the medical community realized what was happening and legislators had a chance to institute laws that would curb the practice, the number of prescription drug overdose deaths began to shift downward. Though it felt like a win, rates of heroin overdose began to increase, and with the introduction of fentanyl, those deaths have skyrocketed in the past few years. Many people thought that the prescription drug addiction and overdose problem was over. It’s not.

Opiate Addiction in Every Form

It is not because doctors or pharmacists are making it easier to get prescriptions for opiate painkillers. Rather, street dealers are putting fentanyl on the street, often in the form of counterfeit pills. Buyers can’t tell the difference between the pills they are looking for and the street version that is actually fentanyl, take the number of pills they are accustomed to taking, and die of an overdose without ever realizing what they really took.

For many in San Diego, the main culprit is the tiny blue pills manufactured in China that look like blue oxycodone pills but really contain only fentanyl. These pills are often found smuggled in across the border from Mexico. Last year, Border Patrol seized 542 kilograms of the drug, 143 percent more than in 2016.

Real People in a Real Crisis

No matter what form it takes, the ongoing problem facing San Diego is opioid addiction. The compulsion to continue taking opiates in any and all forms no matter what the potential cost has not dissipated over the years. Even with the high rates of death, new cases of addiction begin every year. Though it is impossible to count those numbers, the proof is in the steadily increasing rates of opiate overdose deaths across the county.

Some unexpected sources of black market prescription pills are the medicine cabinets of homes when they go up for sale. The Greater San Diego Association of REALTORS (SDAR) reports that during open houses, it has not been uncommon for homeowners to have their medicine cabinets rifled through, and their prescription painkillers stolen.

Steven Fraioli is the president of SDAR. He says: “With countless numbers of expired, unwanted and unused prescription drugs sitting in medicine cabinets in homes across the country, this is a major problem.”

But it is only one of many fronts that must be fought. Ultimately, the epidemic of active addiction and the risk of opiate overdose represents real San Diego families in crisis — real people who are trying to balance life and work, and the issues that are presented by abuse of prescription drugs, as best they know how.

If your family is suffering due to a battle with opiate drugs of any kind, don’t wait to get the help you need to work your way back to place of balance and health.