Are Fentanyl Test Strips the Way Out of Opioid Overdose in CA? 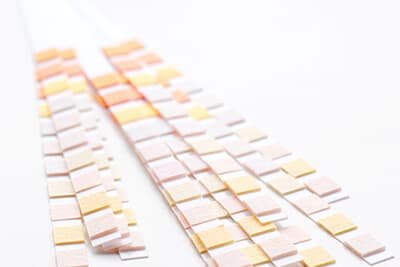 One of the biggest issues driving the spiking rates of opioid overdose death rates in California and across the country is fentanyl. Microscopic amounts of this drug can be overwhelming to the body, and many drug dealers have taken up the practice of adding the drug to the heroin they sell on the street. As a result, people are buying what they think is heroin and dying of an overdose when there is too much fentanyl in the dose for their bodies to handle. In California, rates of death due to fentanyl reportedly tripled between 2016 and 2017.

In an effort to cut down on the number of lives lost to fentanyl, California officials are now offering to cover the cost of test strips for those who would like to test their drugs before use. This experimental program allows people to test heroin, cocaine, or any street drug that they believe may contain fentanyl.

Though some are concerned that the test strips are not yet approved by federal regulators, have been designed for use in urine and not directly on the drug, and may be too sensitive, others are not concerned. They point out that a strip that is potentially more sensitive to fentanyl is far better than one that may not detect the drug’s presence, and so far, rates of detection when using the strips on drugs containing fentanyl have been 100%.

The strips are easy to use. If there is one line, fentanyl is present in the drug, and if there are two lines, it is fentanyl-free. For about a year, California officials have paid for many needle exchanges to pass out the test strips with the clean needles they dispense, and the results of this experiment are starting to roll in.

Michael Marquesen is the executive director of Los Angeles Community Health, a needle exchange in Hollywood. He reports that about 40% of the heroin in the area is tainted with fentanyl, and the strips give him the opportunity to talk to people about the risks associated with fentanyl and to help them make more educated decisions.

Says Marquesen: “The overdose rates in Hollywood are through the roof. They keep rising every month.”

In addition to the education and awareness opportunity, studies show that use of the tests is working. According to one study, about 70% of drug users would modify their use of the drug if they knew it contained fentanyl. It is a cost-effective solution as well. Currently, about 20 needle exchanges in California (or half of all California needle exchanges) distribute the strips, and the total bill to the state has only been about $57,000.

Many believe that distribution of fentanyl strips should be expanded. Fentanyl has been found in every type of drug sold on the street, from MDMA to counterfeit sedatives. Because the strips are only distributed at needle exchanges, only those who use needles for drug use and come into the needle exchanges have access to the strips. Some suggest that, along with naloxone (a drug that is available to overturn a deadly opiate overdose), fentanyl strips should be made available to the general public without a prescription and put into all first responder vehicles. Others point out that the illegal nature of the drug make it difficult for law enforcement to assist someone in testing a substance that is illegal.

What Do You Think of Fentanyl Strips?

Fentanyl test strips are not the “cure” for the opioid addiction problem in Southern California, but like naloxone, changes to drug prescription practices, education campaigns, and increased access to treatment services, they seem to be having a positive impact. The more varied ways we can come up with to address the opioid epidemic and overdose death rates from multiple angles, the more likely it is that we will see the number of lives lost begin to decline.

How do you think fentanyl test strips should be used in the community? Do you think they are helpful in getting people through one more day in addiction and closer to treatment that can save their lives?