Is CA Ready for New Drug Take-Back and Sharps Law? 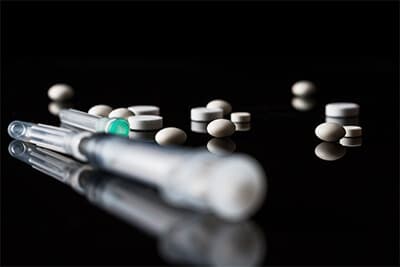 Though local communities in California and some waste management companies have already taken action, California may be on its way to becoming the first state to require that companies that produce syringes and drugs take back their products when they no longer serve a purpose.

With SB212, legislators hope to make sure that drug and syringe manufacturers create, fund, and sustain safe disposal programs so the items are not disposed of in a way that is harmful to the public. The bill was approved by the assembly appropriations committee in the middle of this month and is ready to hit the assembly floor. Should it be passed, it will go to the governor’s desk next. Should it fail, there are already measures in place to continue the fight.

Heidi Sanborn is the executive director of California Product Stewardship Council (CPSC). She says: “I have been asking industry to work with us on a statewide law since 2010, and they had refused. But we are coming after them one county at a time. If they fail to negotiate in good faith and get this bill passed this year, we will continue to protect public health and safety by passing more local ordinances.”

Why It’s Probably Going to Be a Win for CA

A few years ago, Alameda County enforced a drug take-back rule, forcing drug manufacturers to cover the cost of proper disposal of unwanted or unused medications. The pharmaceutical companies fought it, taking their fight up to the US Supreme Court, where they lost to Alameda County. Since then, Alameda County included syringes, or sharps, in with the prescription pills, requiring manufacturers to take responsibility for all the items that could potentially cause harm if disposed of inappropriately.

Why It Matters: Syringes

Needle sticks are a huge concern for public health. Because people who are living with injection drug use may be more inclined to share needles and pass infectious diseases such as hepatitis C and HIV/AIDS, needles that are discarded in trashcans, flushed down toilets, or on beaches and at parks pose distinct threat.

At one waste management company in San Jose, 40 needle sticks were reported over a 3.5-year period. It is believed that this number only represents about 50 percent of actual needle stick occurrences, and many people do not report needle sticks because they are scared or worried about stigma. A needle stick on the job means multiple tests and follow-ups plus antiviral drugs that last for six months or more. Though there has been an increased effort to improve safety trainings and protect waste management workers, the issue continues to be a problem.

Similarly, an unsuspecting park goer who sits down on a needle on the ground or beach goer who inadvertently steps on a discarded needle in the sand is at risk and will require the same amount of immediate and intensive medical intervention for up to six months or more after the injury.

Why It Matters: Unused Painkillers

Senator Hannah-Beth Jackson is one of the authors of SB 212, and one of her primary concerns is requiring Big Pharma to provide safe drug take-back practices. Too often, people flush unwanted pills down the toilet, which puts dangerous chemicals into the wastewater treatment systems that cannot be filtered out once dissolved. Not only is this water used by consumers but it ends up in the groundwater as well, creating an environmental as well as a physical health hazard.

Says Senator Jackson: “The pharmaceutical industry said we don’t want to do this. But as counties and cities started implementing their own rules, the industry began realizing it’s better off having one standard. Now, we are working together because if there is no statewide program, there will be 58 counties and 400 cities that will be all over the place in how they handle pharmaceuticals.”

More recycling bins provided and cared for by pharmaceutical companies would allow patients to safely dispose of these drugs without harming the water supply or inadvertently contributing to their own or others’ abuse of leftover pills. Many people hold onto unused painkillers prescribed for an acute injury “just in case” and use them to manage headaches, stress, or boredom, and many end up developing an addiction as a result.