CA Struggles To Police Drugged Driving Since Legalization of Marijuana 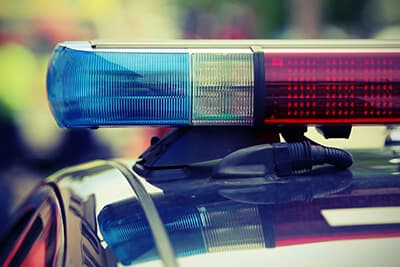 There are almost too many legal and safety challenges related to legalized use of marijuana in California to count. With less than a year from the date of legalization to the implementation of the sale of legal recreational marijuana, 40 million residents, and around 700 legal marijuana dispensaries, there are just not enough people in law enforcement to identify the illegal dispensaries that have popped up, monitor the legal dispensaries to make sure they are following all regulations on security and sales, and ensure that no one is driving while under the influence of marijuana.

There is no reliable test that can determine who is under the influence of marijuana. For alcohol, a breath test can identify the presence of alcohol in a person’s system and the level as well. For marijuana, there is no breath or blood test that can quickly identify the presence of THC in a person’s system, and the saliva test that is currently being tested in San Diego can identify THC in the system but not the levels. Even if THC is identified in the driver’s system, it does not give a level; because THC can stay in the system for weeks after use, levels do not necessarily indicate intoxication level at the time of arrest or its impact on the user.

Only about 2 percent of law enforcement have been trained to recognize the signs of someone under the influence of marijuana specifically when behind the wheel. Also, there is no legal maximum level of THC for drivers. This is due in part to the fact that the same level of THC in the system can impact the novice user far differently than the seasoned user, making it difficult to determine what in fact is an unsafe amount of THC in the system.

Though there are legal avenues by which to take part in the production and sales of marijuana, many are opting to take the easy way out. More than 1,800 letters have been sent out by the Bureau of Cannabis Control telling illegal operators to cease and desist, yet experts say that there is still a large black market for marijuana in California.

There are about 60 people employed by the Bureau of Cannabis Control, an organization responsible for issuing licenses to retail marijuana businesses and overseeing compliance with state law on all aspects of sales, including the dosage of THC per serving of edible products and sales to people under the age of 21. Unfortunately, with so many legal dispensaries and more than twice as many illegal sellers of marijuana and edibles, it is difficult to ensure that they are selling only to people over the age of 21 and not selling edibles that have too high of a THC dose per serving.

In fact, law enforcement officers who have been monitoring dispensaries are issuing warnings rather than fines and citations to remove products they find to have more than 10 milligrams of THC per serving and to stop promotions that offer to give out free marijuana to those who do things like review the dispensary online.

A California Highway Patrol (CHP) officer who is among only 1,700 California police officers who have undergone drug identification training and received a certification to evaluate people in the field who are under the influence of an unknown substance says that in almost a year he has never issued a citation for marijuana intoxication.

Said the CHP officer: “If it’s alcohol impairment, as soon as that window comes down you’re going to be able to smell that odor of alcohol in the car, maybe observe the slurred speech and watery eyes. With marijuana, it comes down to observation — the individual’s behavior when you’re talking to them. The signs and symptoms aren’t in your face like alcohol is.”

However, the number of citations for drugged driving handed out by CHP officers more than doubled in the first few months after sale of marijuana was legalized. There were almost 900 citations over a three-month period compared to just over 400 for the same period the year prior.

Is someone you love at risk due to driving while under the influence of marijuana? Is it time to learn more about the problem and how it can be treated?