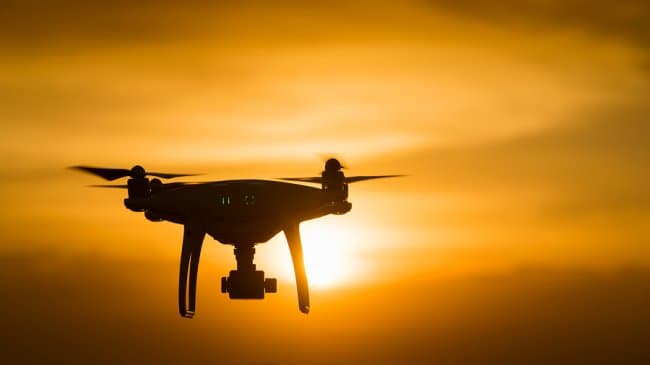 Two people were arrested earlier this month in Riverside, California, for allegedly using a drone to sell drugs in the area. According to reports, law enforcement officers were tipped off to the couple’s alleged sale of narcotics. During the course of their investigation, they reported seeing a drone leave the couple’s backyard and then fly to a nearby parking lot where it dropped a small package of drugs.

Based on this, police officers got a search warrant for the couple’s home, where they reportedly found what they believe to be fentanyl, LSD candies, and methamphetamine as well as used hypodermic needles and the drone believed to be the method of delivery of sold drugs.

Additionally, police found that a 9-year-old girl was living with the couple, in the custody of her father. She was released to her mother, and the couple in question may face child endangerment charges in addition to drug charges as a result of her possible exposure to drugs and drug use.

Tech and the Drug Trade

This is not the first time that technology has been used by drug dealers, nor will it be the last. Cellphones and pagers have long been used for the purposes of connecting with customers using as low of a profile as possible. Throwaway phones allow for quick number changes, and most street dealers and high-end traffickers alike use them to this day.

Famously, in 2013, police took down Silk Road, a drug sales and trafficking forum on the dark web that specialized in anonymous sale of drugs and other contraband. However, other copycat forums have popped up to replace it, with some experts estimating that the number of black market online drug sales is now three times what it was a few years ago.

Additionally, many still purchase illicit drugs and/or the substances and chemicals needed to make them online, often patronizing companies based in foreign countries that have little to no oversight when it comes to the products they are actually sending.

It all adds up to increased risk and cost for consumers and for the communities they live in as rates of medical emergency caused by drug use and abuse stack up alongside the bodies of those who pass due to drug overdose.

Law enforcement, already overburdened with real-life crime and consequences connected to drug addiction in the community, are having a hard time keeping up with online and other tech-related threats that are being developed and utilized every day. Too often, tech-savvy drug dealers take the threat of a law enforcement as a challenge rather than as a warning and work overtime to find ways to evade detection as they sell their wares. With money as the primary motivation, consumer safety and health are far and away the last concern. Drug dealers are taking advantage of every technological advancement that comes along to further their money-making ability at the expense of lives lost.

To manage the problem, it is clear that a tech-focused task force is not only needed on the federal level but on the state level as well. Smaller departments focused on the impact that online drug sales and use of technology in the sales of street drugs at a local level can inform the larger operations and investigations performed by federal agencies. Looking at the distributors and underground networks operating to move large amounts of illicit substances into the communities is a far more effective way of impacting the problem than simply plucking dealers off the street – dealers who will only be replaced with the next person interested in making a quick buck off the infrastructure that remains intact.

When Your Family Is in Crisis

If you think your loved one is receiving illicit drugs through the mail or ordering drugs online, it is not a problem to ignore. Simply avoiding an in-person street sale does not make the use of an illicit substance any safer. Families suffer significantly when a loved one is facing drug abuse, and the sooner treatment is sought, the sooner everyone can begin their own personal journey to a life characterized by balance and peace.