Are Native American Tribes at Odds with State Marijuana Regulations?

It’s one more problem in a long line of complications as California attempts to set up a legal marijuana industry and marketplace across the state. American Indian tribes feel they have not been included in the plan to create a legal marketplace, and as a result, they are suggesting they would be better off creating their own grow, distribution, and sales system outside of the state-regulated system.

The problem? While current law does not specifically bar American Indians from taking part in the marijuana industry, tribes are concerned that complying and engaging with these laws would strip them of their authority over their land and their rights to self-governance. 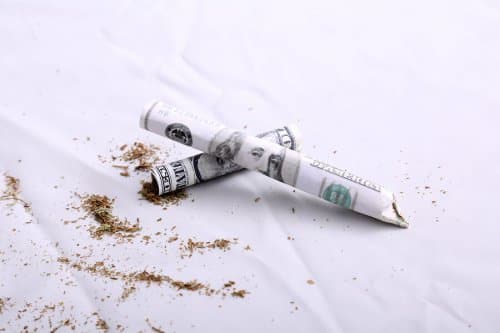 Mark Levitan is a tribal attorney. He said, “They have to give up their rights to act as governments, with regard to cannabis.”

It is a complex puzzle. Not only is state law in direct violation of federal law on the matter of marijuana legalization, but now there is the question of the taxation and self-governance issues that Native American tribes have in agreement with the federal government.

Problematic for tribes is the language and intent of new state laws regarding marijuana production and sales. For example, those who take part are expected to submit to “all enforcement” as well as include with their application for a license a waiver of “sovereign immunity,” something that currently protects tribal affairs from outside oversight.

Forego the license and the person must forego the ability to take part in the legal marijuana industry in California. Native Americans feel that they are in essence being asked to choose between their rights and their ability to earn through the new industry. It is an issue that could affect anywhere from 5 percent to 20 percent of the tribes – tribes that would benefit from a new economic infusion but not necessarily from an increased presence of addictive substances.

It is a tough situation, and it is one that has been under great debate for months with no resolution in sight. As a result, the California Native American Cannabis Association has reportedly told state officials that they “may engage in commercial cannabis activities through our own inherent sovereign authority” and that “the state will have no jurisdiction to enforce its cannabis laws and regulations on tribal lands.”

While the state of Washington has been able to come up with an agreement with several tribes across the state that allow marijuana businesses on reservations to legally sell to retailers off the reservation, such has not yet been the case in California. It is an agreement that tribes are willing to work toward and that everyone agrees with in theory, but with so many matters in front of California legislators as a result of the haphazard legislative change that went into effect January 1, it may take until the end of the year to come to an agreement.

What Hasn’t Changed: Marijuana and California

As many people focus on what is changing due to the new marijuana laws across the state, it is important to recognize all that has not changed. For example, you can still lose your job for smoking marijuana if you signed a zero drug use policy upon hiring. You can also lose your job if you are under the influence while at work or if use of marijuana negatively impacts your ability to do your job.

You can lose custody of your children if you use marijuana despite the fact that it is legal. It is not safe for children, especially young children or kids with special needs, to have a caregiver who is under the influence, no matter what the purpose for use. No child should ever find their parents’ drugs in the house as it can contribute to accidental ingestion and/or early age of first use, which can develop into a drug abuse problem for the child. Medical use that is proven to be safeguarded and comes with no other instances of abuse or neglect to the children may be disregarded in most courts, but substance abuse or addiction that is being called “medical use” will not pass muster with CPS or in family court.

How Has Your Family Been Impacted by Legal Marijuana?

If your loved one is struggling with marijuana abuse or addiction or using marijuana in combination with other substances – legal or not – and experiencing negative consequences as a result, it may be time to consider what treatment options are available. With the laws loosening up and regulations taking a long time to catch up to public need, the time is now to connect with services that can help. Are you taking action?