In 2011, more than 1.2 million Americans were arrested for driving under the influence of alcohol or drugs (narcotics), the National Council on Alcoholism and Drug Dependence (NCADD) publishes.

Both alcohol and illicit drugs can impair a person’s ability to think clearly, react quickly, and drive safely.

All 50 states have laws about driving while drunk or under the influence of alcohol. The National Highway Traffic Safety Association (NHTSA), reports that it is illegal to drive with a blood alcohol concentration, or BAC, of 0.08 g/dL or higher. BAC is a measurement of alcohol in the blood; the higher it is, the greater the rate of intoxication. It may be called driving under the influence (DUI), driving while intoxicated (DWI), or operating under the influence (OUI), depending on the state; however, anytime a person’s BAC is 0.08 g/dL or higher, they are considered to be impaired drivers. A person’s BAC is easily measured with a breathalyzer or a blood test. They may not be “drunk” to be considered impaired and unfit to drive.

The Centers for Disease Control and Prevention (CDC) reports that one person dies from an alcohol-related car crash in the United States every 53 minutes. In 2014, over 30 percent of all traffic-related fatalities were alcohol-impaired driving crashes.

Drugged driving is not measured the same way, and laws are not standard across the board on what constitutes impaired driving. Some states have a zero-tolerance policy, and any amount of drugs found in the body while driving is considered illegal while other states may have specific thresholds and even test for different drugs. In addition to illicit drugs, many prescription drugs impair a person’s thinking, reasoning, decision-making, and motor control skills, making driving unsafe.

NHTSA publishes that a national survey in 2014 found that one in four American drivers tested positive for a drug that could impact safety. A 2009 survey found that 18 percent of drivers who died in car crashes had at least one drug in their system at the time, the National Institute on Drug Abuse (NIDA) publishes. Without question, driving under the influence of drugs or alcohol can have disastrous and often tragic consequences.

The Effects of Alcohol vs. Drugs on the Mind and Body

Both alcohol and drugs have mind-altering effects, as being drunk or high impairs the way a person thinks, feels, and acts. Alcohol is a central nervous system depressant. It slows heart rate and blood pressure, and lowers body temperature, while decreasing muscle and motor control skills, and impairing judgment and cognitive abilities. When someone is under the influence of alcohol, they likely feel sluggish and uncoordinated. They are prone to taking bigger risks and making poor decisions, such as the one to get behind the wheel of a car.

Many things can impact alcohol metabolism, including age, weight, food intake, tolerance for alcohol, gender, ethnicity, and more. The amount of alcohol that makes one person drunk may not have the same effect on a different person. The CDC publishes the following general guideline on BAC, the effects of alcohol on the brain and body, and how they relate to driving: 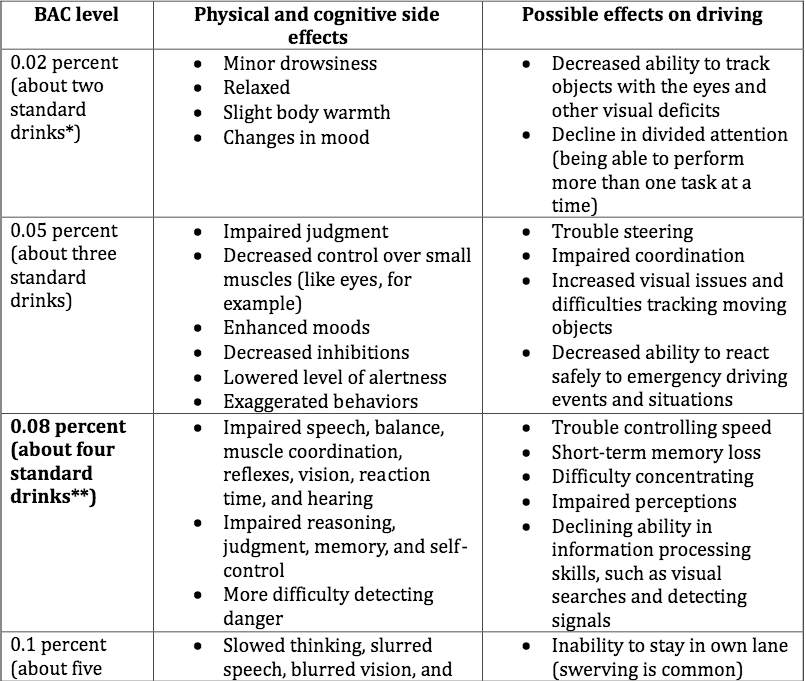 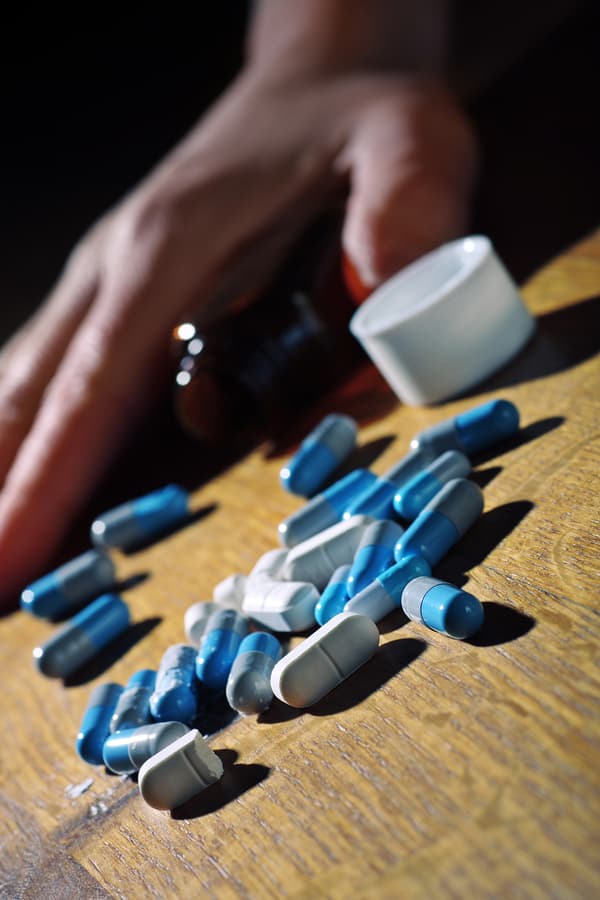 are many different types of drugs that can impair a person’s mental and emotional state, including stimulants (e.g., cocaine, methamphetamine, prescription ADHD medications, and amphetamines), hallucinogens (e.g., PCP, LSD, and magic mushrooms), opioids (e.g., heroin and prescription painkillers), depressants (e.g., benzodiazepines, sleep aids, antidepressants, and mood stabilizers), ecstasy (MDMA), and marijuana. These drugs impact a person differently, depending on type, how they were taken, how much was taken at a time, metabolism, etc.

Abusing any drug changes chemistry in the brain and often produces a euphoric “high,” altering moods, behaviors, and cognitive abilities. They can all lead a person to engage in potentially dangerous behaviors, like driving while impaired. There is not as much information as to the exact effects of different drugs at variable levels of intoxication as there is for alcohol. Generally speaking, any amount of a drug can cause physical and cognitive issues that may interfere with the ability to operate a car safely. When someone is high, they often take bigger risks and make poor decisions. They may also suffer from delayed reflexes, problems focusing and concentrating, and impaired perception, judgment, reaction time, and memory. In addition, they may also experience issues with balance, coordination, and muscle and motor control.

Specific types of drugs and their impact on the brain and body are outlined below:

Drugs and alcohol both have psychoactive, physical, and behavioral side effects, which can make driving unsafe and endanger the lives of drivers and those around them.