Clogged Pipes: Yet Another Consequence of the Opioid Crisis in CA 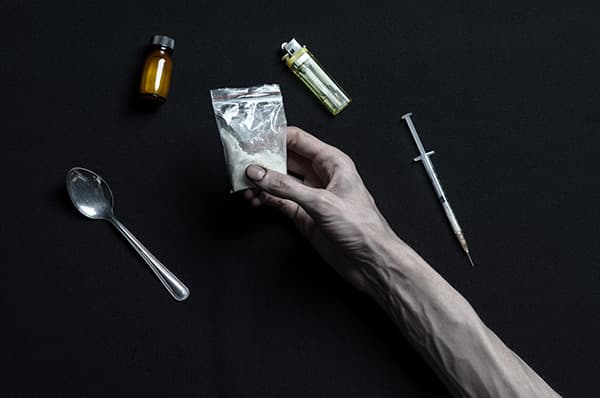 The pipes in McKinley Park bathrooms are clogged and overflowing, and the opioid epidemic is to blame. People who have no place to safely dispose of hypodermic needles are choosing to flush them down the toilet at the park, causing so much damage to the sewer system that the bathrooms have been shut down twice recently.

The City Council’s response? To purchase a $50,000 machine that would, essentially, grind up all objects, including needles, that are flushed down the toilet at the Sacramento park. Because the park is next to the most heavily used playground in the city – the safety of children in public play spaces already known to be a problem in areas where heavy use of needles is a concern – the goal is to avoid shutting down the park entirely.

Councilman Jeff Harris represents East Sacramento where McKinley Park is located. He says: “Changing behavior by simply taking an amenity out of play, that’s not what I think is the proper solution. It’s about managing behavior and maintaining safety in our parks, that’s what we want to achieve. Everybody deserves to be safe.”

Treating the Symptom, Not the Problem

While the City Council members state that the “only other solution” was to hire paid attendants to increase security in public park bathrooms, others suggest that the city is looking at the effects of a much larger problem rather than the cause. A broken pump triggered by the flushing of needles is a sign that addiction has reached epidemic heights in Sacramento and in other cities that are facing similar pollution issues.

The decision to purchase a grinder comes just after a recent new ordinance that allows law enforcement to remove anyone who is violating park regulations, from littering to using drugs or alcohol to improperly disposing of drug paraphernalia. Should the individual return to the park in less than 24 hours, they may receive an infraction, and repeat offenders may be charged with a misdemeanor.

This, too, largely targets those who are homeless and likely struggling with an addiction disorder and/or an untreated mental health disorder as well. The issue should not be how to repair a damaged sewage pump but how to help the hundreds of people who inhabit this park, and the thousands of people in crisis across the state who are forced into homelessness, to get the treatment they need to heal and repair themselves.

Many argue that there is no ability to effectively help a group of people who refuse to be helped. The fact is, however, that many who are living in the parks and on the streets would be more capable of helping themselves to heal if they had access – immediate access – to treatment and services. Instead of handing someone who is homeless a citation for being in the park after hours, hand them a referral to a homeless shelter that has room for them. Instead of taking someone to jail for being under the influence, bring them to a treatment program that has a bed available and can help them to detox safely.

Too often, even if services are available, they are overcrowded, underfunded, and require sitting at the end of a months-long waiting list before treatment can begin. By the time there is space available, many who are living with significant, co-occurring disorders are in jail, dead of an overdose, or otherwise unreachable. Many who are in crisis who supposedly “do not want to be helped” are actually responding to the current state of affairs, recognizing that few help options exist and that pinning hopes on the system is a waste of time.

Before It Goes Too Far

If your loved one is struggling with co-occurring mental health and addiction disorders, you can help them to take action before things get any further out of control. Often, it takes the assistance of concerned family members for people who are in crisis to connect with the services that will guide them through the healing process. Help with insurance, assistance managing the logistics of getting to and staying in treatment, and support in maintaining a connection to recovery for the long-term are all key parts of the process. Family members can take part in making it happen for someone who may not be able to do it for themselves in the beginning.

Are you ready to help your loved one take the first step on their road to recovery?