Have you ever made the same new year’s resolution year after year? If so, you know changing a habit can be very challenging.  Research shows that the best way to break a bad habit is to replace it with a new, better habit.1

Unfortunately, simply switching out one drug, like alcohol, with another doesn’t address the underlying causes of addiction and increases the chances of developing a substance use disorder.2

Research shows that adults who have mood or anxiety disorders are likely to self-medicate with marijuana, especially in states with medical or recreational marijuana legalization.

Unfortunately, using marijuana in this way doesn’t solve the problem. In fact, young adults who self-medicated with marijuana were at significant risk of developing cannabis use disorder.3 The side effects of using marijuana also show that you’re not going to get the peace of mind you’re looking for: people who use marijuana are more likely to have depression, anxiety, and reduced satisfaction in life overall.4

If you struggle with a mental health disorder, whether it’s post-traumatic stress disorder (PTSD), attention deficit hyperactivity disorder (ADHD), anxiety, depression, or another concern, see a doctor and let them know about it. Your doctor may prescribe medications that treat your symptoms and connect you with the resources you need to manage your emotions in a healthy way.

Using marijuana comes with some risks. Not only can it drop your IQ (and the points don’t come back after you stop using it), there are major health impacts as well.4

Marijuana is addictive, in the sense that you may start using it to calm your nerves and quickly reach a point where you cannot navigate your day without it.4 The fact that today’s marijuana has significantly higher THC levels than marijuana did 25 years ago only makes it more addictive.4 When you’re addicted to marijuana, you use more than intended, try to stop but cannot, and continue to use the drug despite the social and health problems it causes.5

Despite these drawbacks, marijuana use is increasing throughout the United States.7 Even if marijuana use is legal where you live, going “California Sober” is not a sustainable way to treat addiction.

If you are looking for drug rehab in Orange County, Laguna Treatment Hospital offers the perfect combination of exceptionally safe medical detox for drugs and alcohol with the highest-quality inpatient treatment. Contact our rehab admissions staff today. 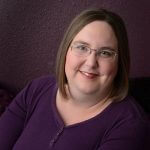 Anna Spooner
Contributor
Anna Spooner has been a content and copywriter since 2011. She strives to make all of her writing approachable, easy to understand, and fun to read.  … Read More
Read Our Editorial Policy

inpatientlocaloutpatientresidentialtreatment
Prefer getting help via text?
We're available 24/7 via text message. Signup below for access to our team when its convenient for you!
and many more...
Get the Info & Help You NeedBrowse 100s of informative articles.