The US Opioid Epidemic

The opioid epidemic in the United States has reached unprecedented levels after it was declared a national emergency in 2017. It’s estimated that over 11.4 million people misused prescription drugs in 2017, and 130 people died from opioid misuse every day in that same year. The Laguna Treatment team is continuously striving to reduce the number of people who are addicted to opioids. One of the ways we do that is to stay informed on trends that can lead to the root cause of this unfortunate epidemic.

One of the major questions that we needed to answer was which areas from around the country prescribed the most opioids to patients. To find this out, we used data from the CDC on the Opioid Prescribing Rate per 100 in every U.S. county to determine the county that prescribes the most opioids in every state. We also used this data to find the top 100 prescribing counties overall, along with the percentage of the 100 that come from each state with counties represented. 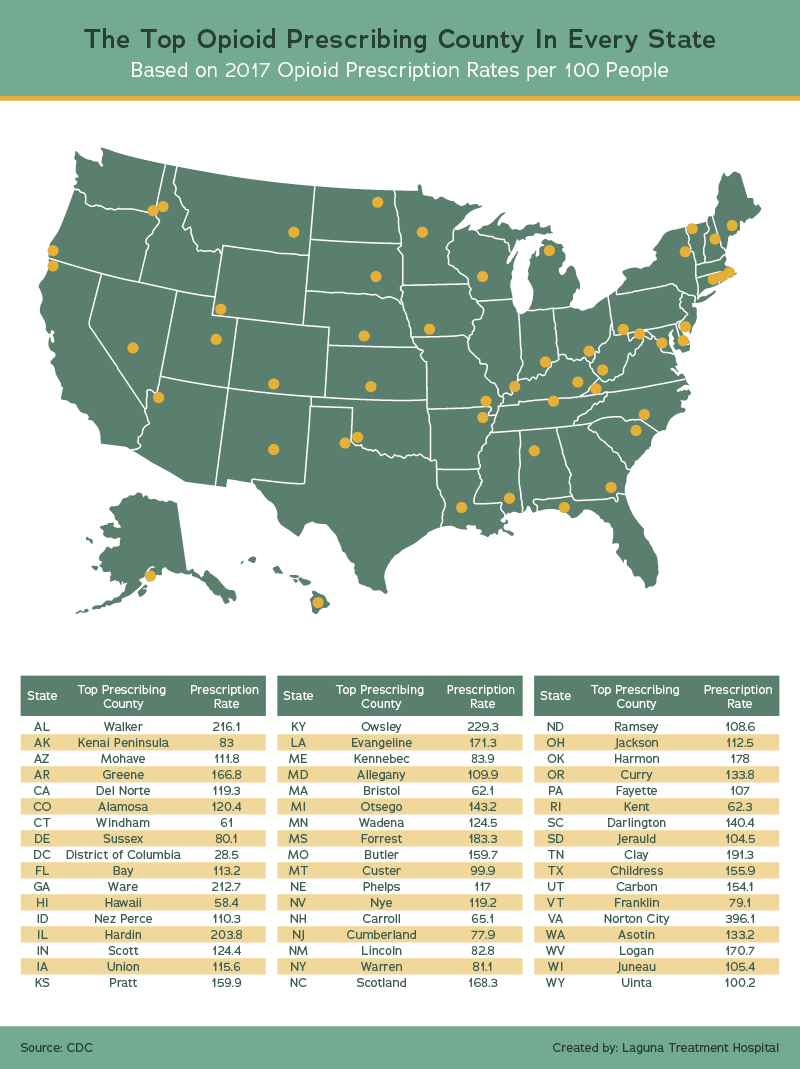 The county with the lowest amount of prescribed opioid prescriptions is the District of Columbia with only 28.5 prescriptions per 100 people. Hawaii County, Hawaii came in a distant second with 58.4 prescriptions and Windham County, Connecticut was close behind it with 61 prescriptions. 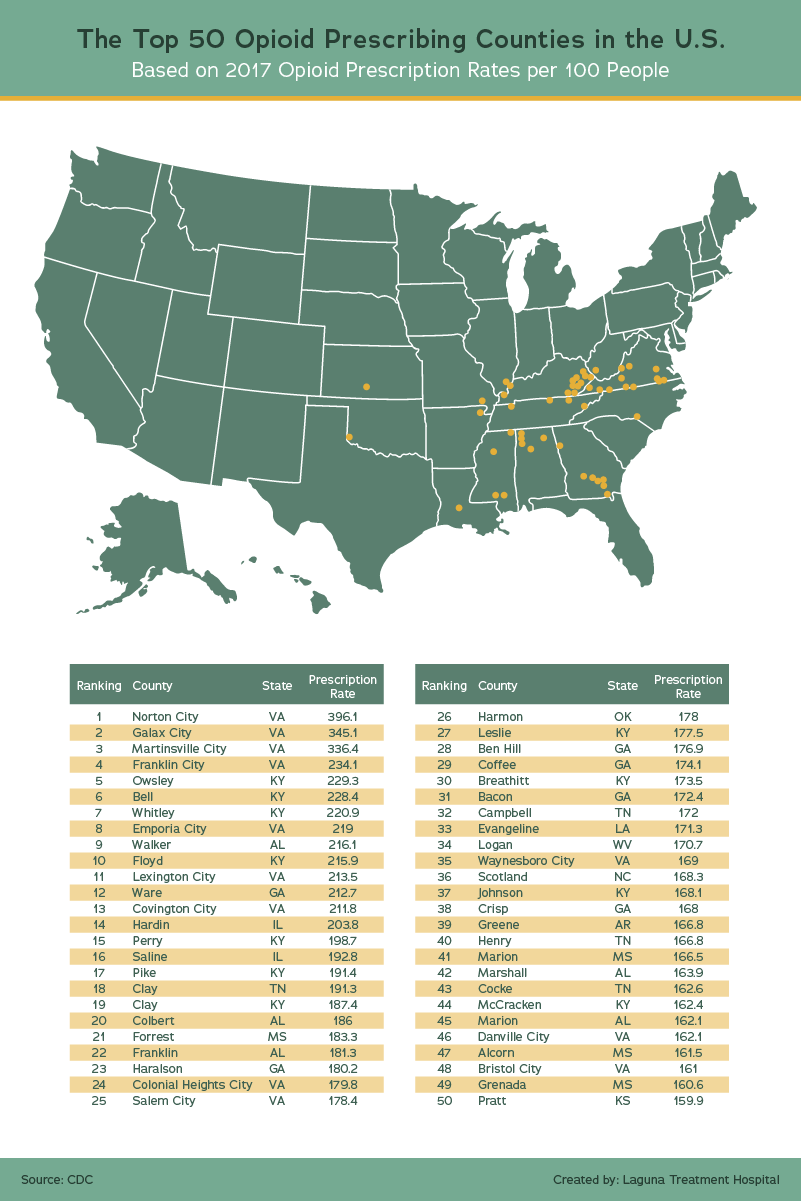 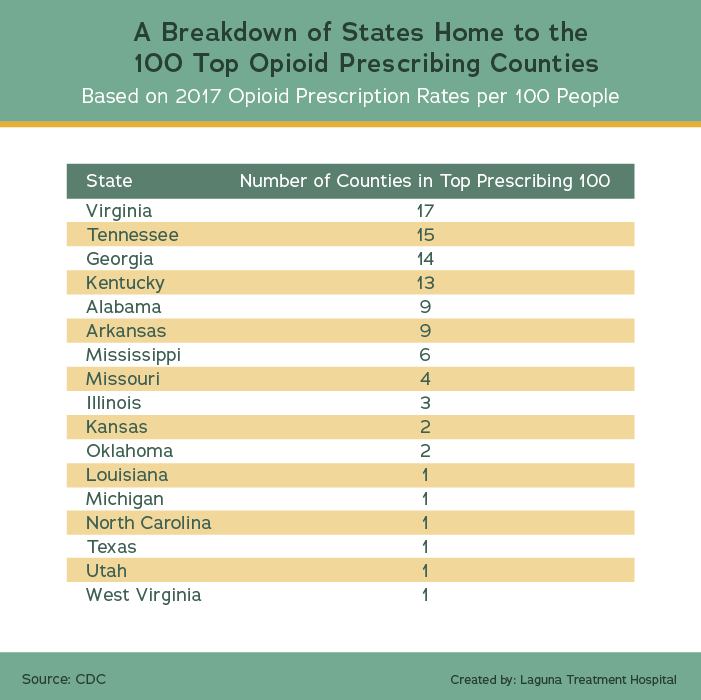 Lastly, we wanted to see which states house the counties that prescribe the most opioid prescriptions. 17 of the top 100 opioid prescribing counties in the U.S. are in VA, 15 are in TN, 14 in GA, and 13 in Kentucky. Interestingly, Louisiana, Michigan, North Carolina, Texas, Utah, and West Virginia all had only one county each represented on the top 100 prescribing counties.

But, even though these counties are providing people with dangerous opioids, that is just the tip of the iceberg. We’re in the midst of a public health crisis, and it’s important that we uncover the root causes of opioid addiction so we can help save lives. If you or someone you know is addicted or dependent on opioids, we can help. Please explore our site to learn more about our services.

CAN I USE THIS INFORMATION?

The information and graphics in this blog post can be used and displayed by all commercial and non-commercial websites without charge. However, use is only permitted with proper attribution to LagunaTreatment.com. When using this information or any of these graphics, please include a backlink to this page.

Get the Info & Help You NeedBrowse 100s of informative articles.