What Is Secobarbital, and How Is It Abused?

Seconal (secobarbital) is a drug that is classified as a barbiturate. Barbiturates are central nervous system depressant drugs that act on the neurotransmitter gamma-aminobutyric acid (GABA). GABA is the major inhibitory neurotransmitter in the brain. When this neurotransmitter is released, it serves to suppress or slow down the firing rates of other neurons.

Barbiturates like secobarbital were once used to control issues with anxiety, to control seizures, to lessen withdrawal symptoms associated with alcohol, and to help individuals sleep or deal with stress; however, many of these drugs were found to have very high potential for abuse and the development of physical dependence. Barbiturates like Seconal are no longer commonly prescribed for the above purposes.

According to the Substance Abuse and Mental Health Services Administration (SAMHSA) barbiturates are more commonly prescribed in clinical situations and for elderly individuals who have issues with anxiety or seizures. They are not common drugs of abuse due to the restrictions on their prescriptions. Instead, benzodiazepines and other sedative drugs have taken over their role in the treatment of anxiety and seizures.

Per SAMHSA, it is estimated that only about 452,000 people in the United States used drugs like secobarbital in 2015. Of this group, only an estimated 46,000 misused the drugs at least once. Misuse of a drug occurs when an individual uses the drug outside of its prescribed instructions, but does not necessarily continue this behavior. Abuse of a drug occurs when an individual repeatedly misuses the drug and suffers negative consequences to their physical health, psychological health, and everyday functioning as a result of their drug use. Thus, the data from SAMHSA suggests that barbiturate abuse is probably extremely rare in the United States today, and abuse of secobarbital would constitute only a small portion of the 46,000 individuals who are estimated to misuse any type of barbiturate. 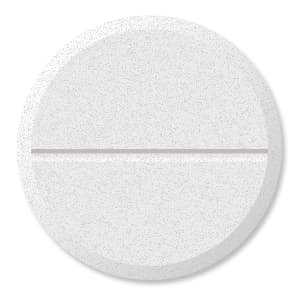 of secobarbital is a serious issue, even if it is not common. Secobarbital is classified as a Schedule II controlled substance by the United States Drug Enforcement Administration (DEA). This classification indicates that secobarbital is at the highest level of control for a drug that can be legally purchased or obtained with a prescription from a physician.

In addition, information from the DEA, SAMHSA, and the National Institute on Drug Abuse (NIDA) suggests that the abuse of barbiturates and benzodiazepines most commonly occurs in conjunction with the abuse of some other drug. The most common drug of abuse that is used in conjunction with a drug like secobarbital is alcohol. Other drugs, such as other benzodiazepines, other barbiturates, narcotic pain medications, and cannabis products, may also be commonly abused with barbiturates.

Major abusers of secobarbital are those who know someone who already had the drug; thus, they have easy access to it. In a minority of cases, individuals who are prescribed the drug may begin to use it for reasons other than its prescribed purposes. Most often, these individuals use it to deal with stress and disappointment. Some elderly individuals with a prescription for Seconal may use the drug to deal with depression or loneliness.

Adolescents may be the most common abusers of barbiturates. They typically get these drugs from relatives who have prescriptions. These individuals commonly abuse barbiturates in conjunction with alcohol or other drugs.

The formal diagnostic criteria to determine if an individual has a sedative, hypnotic, or anxiolytic use disorder as specified by the American Psychiatric Association (APA) indicate that a person who abuses secobarbital would demonstrate:

Barbiturate drugs can be extremely dangerous. Individuals who take them regularly will develop tolerance to the drug, and this can result in people needing more and more of the drug to get the effects they seek.

Seconal is a drug that is preferred in the use of physician-assisted suicide, indicating that the drug has a serious potential to cause fatal effects when given in large amounts. The potential for overdose is increased when individuals combine barbiturates like Seconal with alcohol, other barbiturates, or other central nervous system depressants.

Individuals who overdose on Seconal become extremely lethargic, confused, and even unconscious or comatose. They need immediate treatment; call 911 immediately. Keep the person quiet and still, and if the person is unconscious, ensure they do not choke on their own vomit.

Treatment for an individual who abuses secobarbital begins with medical detox, as there is a high likelihood that the individual has developed physical dependence on the drug. This program is often performed on an inpatient basis and the physician uses a barbiturate or benzodiazepine to control the symptoms of withdrawal. The typical method is to use a tapering schedule, starting with a dose that mitigates withdrawal symptoms and then slowing weaning the person off the drug altogether. Because the withdrawal process from barbiturates can be fatal due to the potential to develop seizures, this approach is almost a requirement for individuals who are suspected of having abuse issues with secobarbital.

After the individual completes medical detox, they should become involved in a comprehensive treatment program. The program should consist of some form of psychoeducation regarding their substance abuse, therapy, peer support groups, other social support, and complementary treatments.

Ongoing treatment is essential. Those in treatment need to remain abstinent from barbiturates and other drugs for a significant period of time before they are considered to be at a reduced risk for relapse (although anyone at any phase of recovery is at an increased risk of relapse).

Those who stay connected to their recovery program have a good prognosis, even if they experience a relapse. This is because these individuals can be encouraged to use their relapse as a learning platform to better themselves and move forward.