Effects of Heroin Use on Pregnant Women 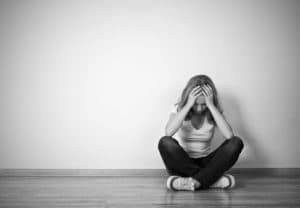 Heroin is an opioid drug that is typically injected into the body by people who abuse it, though it can also be smoked or snorted.

It has no medicinal purposes.

Females may abuse heroin slightly more often than males do. Treatment admissions from 2011 reflect that 15.3 percent of people who primarily abused heroin were women while 15 percent were men, per the Substance Abuse and Mental Health Services Administration.

This statistic is comprised of many different people from different paths in life. Some are businesspeople. Others are unemployed and living on the streets, spending all their money chasing the next high. Some are single, and some are parents with mortgages, car payments, and health insurance bills. Some are on their way to that life too. Many women become pregnant while addicted to and abusing heroin. While it isn’t as common, some will start using the drug while pregnant too. The side effects of use harm not only the woman abusing the heroin, but also the developing baby.

Women who abuse heroin while pregnant face the same risks they do when they aren’t pregnant. In addition, the risk of infection or illness stemming from injection drug use could pose serious risk to their health because the immune system is suppressed during pregnancy. Additional risks of use include:

The Australian and New Zealand Journal of Obstetrics and Gynecology notes heroin was one of the primary substances of abuse among pregnant women who were engaging in substance abuse while expecting.

How the Fetus Is Affected

When a woman is pregnant, her body grows an additional organ called the placenta. This organ starts forming very early in pregnancy and is visible on ultrasound by around 12 weeks. At that point, the baby is roughly the size of a lime. A healthy baby will continue to grow and develop, but babies of mothers who are abusing drugs like heroin may not be so lucky. Some may develop birth defects along the road to birth.

Some mothers may have contracted a blood-borne disease, like hepatitis C or HIV, from sharing unclean needles with others who abuse heroin. As a result, these diseases can be passed on to babies while inutero.

The risk of the baby developing a condition known as failure to thrive is also high. Many of these babies are born with low birth weights, and the condition is diagnosed shortly after birth. The Society for the Study of Addiction reported a mean reduction of birth weight of 489 grams among women who used heroin while pregnant.

Some babies of mothers who abuse heroin will be born too soon. Any sooner than 24 weeks is usually deemed not viable, but even after that point, it can be a rough road for babies born prematurely. Babies born before 35 weeks usually end up in the neonatal intensive care unit where some will spend weeks or months just trying to grow and develop as normally as possible. The severity of the issues depends on the individual case.

Many mothers who give birth to babies who are addicted to heroin or other opiates have a rough time coming to grips with what they have done to their child after birth. Some may lose custody before they even leave the hospital. In fact, some women are so afraid of being charged for their drug use and potential harm to the baby that they give birth outside of the hospital and abandon the baby.

These babies are typically born addicted to heroin themselves. As a result, they must go through withdrawal. This is known as neonatal abstinence syndrome. A Journal of the American Medical Association study noted 80 percent of babies observed who has been born to mothers who abused heroin during pregnancy had signs of withdrawal in the neonatal period, and 60 percent went on to struggle with withdrawal symptoms for up to six months. While heroin withdrawal symptoms are tough on adults, they can be incredibly dangerous for babies. Intensive care is necessary to mitigate harm during the withdrawal period. 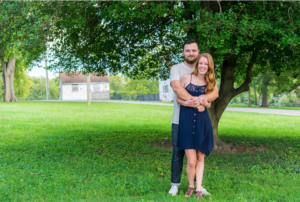 Women who abuse this drug during pregnancy often continue to do so because they believe there is no safe way for them to stop, but this isn’t true. Buprenorphine, a medication used to treat heroin and prescription painkiller addiction, has been approved for the treatment of opioid addiction during pregnancy. While expectant mothers who abuse heroin should be encouraged to get clean, they should do so with medical assistance since quitting cold turkey can cause too much distress for the developing baby. Oftentimes, buprenorphine or other replacement medications may be used to slowly wean pregnant women off opioids, ensuring their safety and the safety of the fetus throughout the process. In some instances, mothers are kept on the replacement medication for the entirety of the pregnancy.

Pregnant women who are struggling with heroin addiction can get the help they need in a professional addiction treatment facility. Physician-assisted care is needed, and with prompt treatment, the health of the mother and baby can be best preserved. Reach out for that help today.