What Is the Difference between CBD and THC?

Marijuana is one of the most commonly used drugs today, and thanks to new legalization legislation, it is becoming even more popular. A 2016 Gallup poll revealed that 13 percent of American adults regularly use marijuana – a number that had nearly doubled since 2013.

But even though more people are indulging in marijuana, not everyone understands its two main ingredients: cannabidiol (CBD) and tetrahydrocannabinol (THC). These two compounds, known as cannabinoids, are the key to creating different strains of pot with different effects.

these two cannabinoids, THC is the certainly the more famous. Singers like Motley Crue, Snoop Dogg, and Lily Allen have referenced the compound in their music, and many people use the words THC and marijuana interchangeably.

While THC and CBD are similar in their chemical compounds, they affect the brain in different ways. THC is the psychoactive element in cannabis, which makes it the ingredient that causes someone to get high. While most marijuana sold on the street contains 2-5 percent THC, certain strains of marijuana, including those sold in dispensaries, average 15-20 percent THC, with some variety reaching up to 30 percent.

How Does It Affect the Brain?

When an individual uses marijuana (either by smoking or ingesting it), the THC in the plant binds to the brain’s cannabinoid 1 receptor. Neurotransmitters send signals to the brain that impact the nervous system, hippocampus, and orbitofrontal cortex.

The cannabinoid 1 receptor also activates the brain’s reward center. When THC binds to the receptor, it triggers the release of dopamine, causing the pleasurable feeling usually associated with getting high.

Does It Cause Impairment?

As the National Institute on Drug Abuse explains, THC relaxes the nervous system and targets regions of the brain that control a person’s ability to focus and form new memories. This can explain why individuals feel lazy or sleepy and have a tough time concentrating while they are high.

The poor concentration THC causes can also make daily tasks like driving more difficult. A 2013 study in Clinical Chemistry found that a blood THC concentration as low as 2 ng/mL (nanograms per milliliter) can substantially impair a person’s driving ability. It is not considered safe to drive or do other important tasks while using THC. 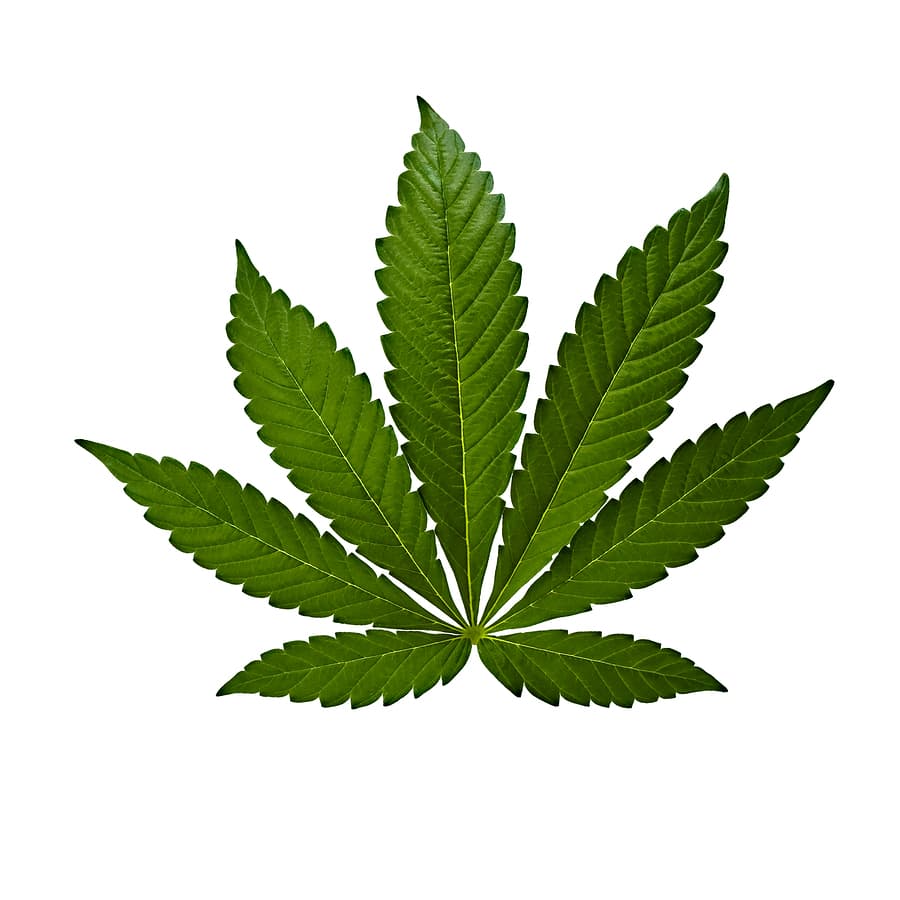 Cannabidiol , or CBD, is the other primary ingredient in marijuana. Simply put, this compound is nonpsychoactive, which means it cannot make a person feel “high” the way THC does. However, CBD does have a noticeable effect on the brain, which is why it has become a hot-button topic in the medical marijuana debate.

Because it doesn’t cause impairment the way THC does, CBD-rich cannabis is making ground as a medical treatment for certain disorders. Some individuals are prescribed CBD to treat anxiety disorders, and CBD-based drugs like Epidiolex have recently been cleared by the FDA to treat epilepsy.

How Does It Affect the Brain?

CBD also increases the levels of a naturally occurring cannabinoid in the brain, called anandamide. Anandamide helps to regulate serotonin and dopamine. By increasing anandamide levels, CBD ultimately increases regulatory action against the chemicals that trigger our emotions. This is why studies like this 2010 report in the British Journal of Psychiatry consider CBD-rich marijuana an effective treatment for individuals with anxiety or depressive disorders.

Does It Cause Impairment?

Unlike THC, CBD does not cause impairment to the brain. In fact, it’s quite the opposite; studies indicate that elevated levels of CBD can counteract the effects of THC, stopping someone from getting high. The Indian Journal of Psychiatry reported in 2011 that CBD held no effect on spatial reasoning or short-term memory, suggesting that this compound did not affect the same regions of the brain as its cousin.

As the body of research on marijuana continues to grow, and as politicians relax the laws regarding recreational marijuana use, it’s possible that we will see a dramatic shift in the way CBD is used to treat a variety of ailments. In the meantime, marijuana users can learn more about the varied compounds in their cannabis.