The Dangers of Methadone

Methadone has been used to treat heroin addiction since the 1960s.

Since the early 2000s, it has been used as an alternative medication to treat chronic pain. Believed to be safer than other opioid drugs, methadone has become a standard treatment for these conditions, with increasing numbers of doctors and addiction treatment centers using it for these applications.

However, the safety of methadone has come into question in recent years. Evidence shows increased diversion of methadone for illicit use, and there can be issues with long-term use, even for pain treatment and addiction therapy. In fact, methadone has been implicated in the current prescription drug abuse epidemic, as well as deaths caused by drug use. For these reasons, it is important to understand the uses – and dangers – of methadone. 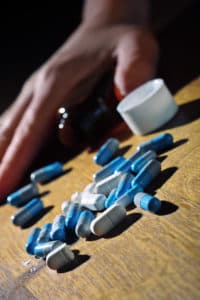 According to the Center for Substance Abuse Research (CESAR), methadone is a synthetic opioid drug that is most often used in the treatment of heroin addicts. An effective pain medication in its own right, it can also be used to help those who are addicted to prescription narcotic pain relievers like OxyContin and Vicodin. First developed in 1937, methadone was originally the result of a search for a painkiller that would be less addictive than morphine, a natural opioid medication.

Methadone has a slow, mild onset that treats pain, but without the intense high that is often created by other opioids. However, it can prevent withdrawal symptoms and cravings that result from quitting opioid abuse, which is why it is commonly used in addiction treatment to help prevent relapse to use of stronger, more intense opioids like heroin. Information from the California Society of Addiction Medicine indicates that while treatment for heroin addiction without medication usually results in only a 5-10 percent recovery rate, using methadone treatment can increase the chances of recovery to 60-90 percent.

Nevertheless, methadone has its own addiction potential. For this reason, at the same time that it can help some to recover from opioid addictions, it has simultaneously contributed to the major opioid addiction epidemic that is threatening public health in the US and around the world.

Methadone has been used as a painkiller and in heroin addiction treatment because it is considered to be safer than other opioids. However, a report in the American Journal of Forensic Medicine and Pathology from 2011 stated that the prevalence of methadone-related deaths has been increasing, with 84 percent of them being the result of accidental overdose, including using methadone alone or in combination with other drugs, both illicit and prescription, or alcohol.

While the majority of these deaths are counted among those who are given prescription methadone to treat chronic pain, 8 percent of them were attributable to methadone treatment for heroin addiction. The potential for abuse of the drug and the diversion of methadone for illicit, nonmedical use is the culprit, demonstrating that treating addiction with drugs is not always the best plan of action.

Facts about Methadone Abuse and Addiction

In the most recent information from the Centers for Disease Control and Prevention (CDC), indications are that, while deaths from opioid use in general are steeply on the rise, this does not have as much to do with methadone. Between 2013 and 2014, the number of methadone deaths remained similar.

Nevertheless, use of methadone is still a contributing element to the current opioid addiction epidemic that is of major concern to the CDC and other organizations that monitor addiction and deaths attributable to drug abuse. In fact, according to a report from the CDC, described by CBS News, methadone accounted for one-third of prescription all painkiller deaths in 2012.

Many of the symptoms of methadone abuse are similar to those for abuse of any drug. These signs, defined by the Diagnostic and Statistical Manual of Mental Disorders, or DSM-5, include:

Other symptoms that may be specific to methadone abuse include:

If multiple signs or symptoms from each category are recognized, a problem with methadone abuse may be occurring.

As with other opioid painkillers, extended, long-term use of methadone to treat chronic pain can lead to tolerance, a condition in which greater amounts of the drug are needed over time to produce the same effect. When tolerance develops, the individual may try to take higher or more frequent doses of the drugs. This behavior can lead to development of abuse or addiction.

Similarly, extended use of methadone for addiction treatment can result in tolerance and lead to addiction. On top of that, people who are on methadone therapy for addiction may use the drug to avoid withdrawal symptoms between uses of heroin or other drugs, making them feel more comfortable continuing with drug abuse by taking breaks, without having to experience the difficult physical consequences of full withdrawal, as noted by the National Alliance of Advocates for Buprenorphine Treatment. In this way, methadone may be used to prolong use of addictive drugs, rather than to help abstain from them.

Complications and Other Issues

Sometimes, medications like methadone used for chronic pain are used for non-prescribed issues, such as self-medication to ease anxiety or depression. In case of these co-occurring issues, opiate abuse can be complicated to treat.

Another complication may occur if the individual who is on methadone therapy for pain or addiction treatment is using other drugs like benzodiazepines, or engaging in regular alcohol use, as discussed by the Substance Abuse and Mental Health Services Administration. This is because benzos and alcohol act similarly in the body to opioids. As a result, respiration may be suppressed to the degree that the person will stop breathing altogether, resulting in death.

One other challenge of long-term use of opioids, including methadone, is the potential for overdose. Once tolerance has developed, a person may become accustomed to taking particularly high doses. If use is then ceased for a time, the body loses its tolerance. This can result in unintentional overdose if the individual relapses and tries to return to the former high dosage level. Often, an overdose on methadone or other opioids can be reversed if naloxone is administered and emergency services are contacted immediately.

Long-term Effects of Continued Methadone Use

Even when used properly, long-term methadone use can result in physical and mental problems similar to those caused by opioid abuse. According to CESAR, these effects can include:

In addition, for women, long-term use of methadone can result in:

Long-term abuse of opiates can also result in death from overdose, if tolerance and dosages are continually increased, or if relapse to high doses occurs after a period of abstinence, as described above.

When Abuse Is Suspected

If loved ones suspect that methadone abuse or addiction is occurring, it is important to intervene before the condition worsens and overdose becomes more likely. It is possible, through research-based, experienced addiction treatment programs, to manage a methadone addiction, wean off the drug, and achieve and maintain recovery without relapse in the long-term.

Intervention can be achieved either through family and friends staging a formal event, with help from an intervention specialist, or through the support of a doctor or medical professional experienced in diagnosing and supporting intervention for substance abuse. Finding an appropriate treatment program before intervening is vital so the individual can enter treatment as soon as it is accepted, increasing the chances of a positive outcome. Treatment personnel from reputable rehab programs can often assist or advise in managing this process.

A number of treatments can be employed to provide therapy for methadone addiction. These include:

Methadone addiction is a growing and troubling issue. For this reason, it is important to find ways of achieving recovery from heroin abuse that do not involve this drug maintenance treatment. Fortunately, other types of research-based addiction treatments can support people who are struggling with opioid addiction – including addiction to methadone – move forward into recovery and avoid relapse.