What Are the Withdrawal Symptoms of Nembutal?

Nembutal (phenobarbital) is a drug that belongs to the barbiturate class.

Barbiturates are central nervous system depressants that were originally designed to treat individuals who had severe anxiety, seizures, and issues with sleep. They are also sometimes still used as preanesthetic agents.

Barbiturates are classified as controlled substances by the United States Drug Enforcement Administration. Nembutal is classified as a Schedule II substance, meaning it has medicinal uses but is also a very strong candidate for the development of physical dependence and for abuse. 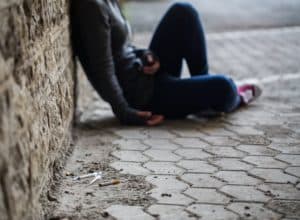 Tolerance refers to the experience of no longer getting the effects from a particular amount or dose of a drug that one has been taking over a period of time. The individual’s system has become habituated to the drug, and the person needs to use more of the drug to get the same effects that they previously got at lower doses. Individuals who abuse drugs are often using them for their psychoactive (mind-altering) effects, and the development of tolerance becomes a nuisance to them. They will begin to take extreme doses of the drug to get the effects that they got when they initially began taking the drug. In the case of Nembutal, this can result in taking doses that would be dangerous or even fatal to other individuals who have not developed the same level of tolerance.

As tolerance develops, an individual’s system will begin to adjust itself to the presence of Nembutal in its tissues. It will alter certain aspects of its functioning, such as its production of hormones and neurotransmitters, to compensate for the drug being in the system. As time goes on and the person continues to use increasingly higher doses of the drug, the system has adjusted to the point where it can no longer function optionally without the drug in its tissues. When the person cannot use the drug or cuts down the dosage, the system is thrown out of balance, and the person experiences a number of very unpleasant physical and emotional side effects.

When an individual has developed both tolerance and withdrawal, they become physically dependent on the drug and can only operate or function normally when the drug is in their system at a specific level.

Substance use disorders occur when individuals use drugs for nonmedicinal reasons, have issues with control of their use, and continue using drugs despite experiencing a number of negative ramifications.

Nembutal is a barbiturate, and all barbiturates carry a significant risk for the development of physical dependence. Typically, after an individual uses Nembutal regularly for a period of 4-6 weeks, they will have developed some level of tolerance and potentially some withdrawal symptoms. More prolonged use of Nembutal, as well as higher doses of the drug, are associated with longer and more severe withdrawal symptoms. The person’s pattern of use interacts with other factors, such as their metabolism, emotional makeup, and whether or not they abused Nembutal with other drugs of abuse.

Withdrawal from Nembutal will typically occur in three phases:

It cannot be stressed strong enough that individuals who attempt to discontinue using Nembutal should only do so under the supervision of a physician due to the potential development of seizures that can result in severe brain and/or other organ damage or even coma and death.

Treatment of Withdrawal from Nembutal

The American Society of Addiction Medicine has set standards for the withdrawal management programs used to assist individuals in withdrawal from drugs like Nembutal and other drugs that result in physical dependence. These standards include:

withdrawal
Prefer getting help via text?
We're available 24/7 via text message. Signup below for access to our team when its convenient for you!
and many more...
✕
Instantly Check Your Insurance Coverage
Your information is safe & secure
At Laguna, we accept most types of private (non-government) insurance and offer a variety of payment options.
You can quickly and privately check your insurance benefits to see if you're covered for addiction treatment services. We’ll be able to tell you if your provider is in network with Laguna Treatment Center and all American Addiction Centers locations.
This means your treatment may be FREE1 depending on your policy, copay, and deductible.
Get the Info & Help You NeedWe're open across the US. Learn about your options.