What You Should Know about Opioid Detox 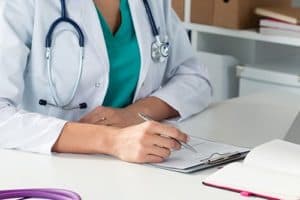 Opioids – also commonly referred to as opiates – are medications that are primarily used to relieve pain.

Common drugs in this class include hydrocodone, oxycodone, morphine, and codeine. These medications work by blocking pain signals from reaching the brain. Some opiates also act as cough suppressants.

Detox is typically the first step in recovery from substance abuse. The detox process involves withdrawal from opioids in a controlled and medically supervised environment. Medical detox is always recommended for opioid withdrawal due to the intense withdrawal symptoms that may occur. People do not recover from substance use disorders after detox alone, as it is not a complete treatment; additional treatment is needed in order to maintain long-term sobriety.

Opiate drugs work by attaching to opioid receptors within the brain and central nervous system. By blocking these receptor sites, they block pain signals from being received. This same action also produces other effects associated with opiate drugs, including the following:

One of the most dangerous effects of opioids is depressed respiration. This can cause a lack of oxygen to the brain, called hypoxia. Hypoxia can cause damage to the brain, some of which may be permanent.

Hypoxia can also lead to coma and death.

Because opioids affect the area of the brain associated with reward, they can also produce a sense of euphoria, according to NIDA. This is the “high” that people who abuse opiates seek when they use these drugs. The euphoric feeling that results from using opiates is increased by using the drugs in ways other than prescribed, such as taking a large dose, chewing time-release capsules to release the entire dose at once, crushing and snorting the pills, or crushing the pills and dissolving the powder with liquid to inject it. These methods also carry serious health risks, including overdose and death.

Repeated abuse of opioids can lead to physical dependence. NIDA defines physical dependence as the body’s adaptation to chronic exposure to a drug. Once the body adapts to functioning with the presence of opioids, it will experience withdrawal when those drugs are removed.
Repeated opioid use can also cause tolerance to the drugs. Tolerance occurs when a larger and larger dose of the substance must be used in order to achieve effects that were once felt in response to a smaller dose. Physical dependence and tolerance are often facets of addiction, which involves compulsively seeking out and using a substance despite negative consequences. Opioid drugs carry a high risk of abuse and addiction, particularly when used incorrectly.
Symptoms of opioid withdrawal include:

While the symptoms of opiate withdrawal can be very unpleasant, they are not life-threatening. Acute withdrawal from opiates typically lasts about a week. Some symptoms, such as changes in mood, can last for several weeks.

Medical detox is frequently used in cases of opioid dependence recovery, and it is always recommended to ensure clients’ safety and comfort. Various medications can be used to aid in the opioid detox process. Some medications ease cravings and symptoms of withdrawal, while others help prevent relapse.

Methadone is one of the most common medications used in medical opioid detox. Methadone is an opioid agonist, meaning it mimics the effects of other opioid drugs.

By mimicking illicit substances, it can reduce cravings and lessen symptoms of withdrawal. Methadone is a carefully controlled substance and can only be administered within licensed methadone clinics. This medication can itself be addictive when used incorrectly; careful medication management helps to reduce these abuse risks.
Buprenorphine is another medication often used during the detox process. Buprenorphine is a partial opioid agonist; it mimics some of the effects of other opiates without producing the euphoria or sedation associated with illicit substances. This medication is often taken in a formulation that combines buprenorphine with naloxone, which lowers its abuse potential.

Buprenorphine is well tolerated by most people and carries a low risk of overdose, which has helped to increase its popularity within the medical field. This medication is also available on an outpatient basis, unlike methadone. Buprenorphine has been found by some studies to be very effective in treating opioid withdrawal. A study published by the journal Addiction found that buprenorphine was more effective than some other medications in relieving symptoms of withdrawal from opiates, and increased rates of sobriety were seen among those who used it during treatment for addiction.
Naltrexone is a medication sometimes used during the opiate detox process. Unlike buprenorphine and methadone, naltrexone is an opioid antagonist. This type of medication blocks opioids from having any effect, rather than mimicking the effects of those drugs. Its primary use has been to reverse overdose, but it can also be used to help people in recovery maintain sobriety.