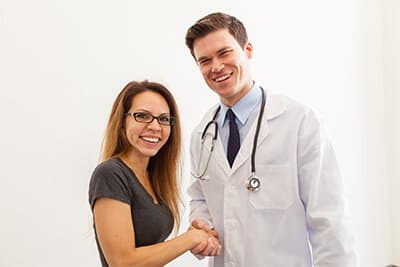 Detoxing from substances due to an addiction disorder can be an intense and difficult process.

It can involve symptoms that are so unpleasant, the very idea of detox acts as a deterrent from trying to confront an addiction at all. In rare cases, the withdrawal symptoms can be dangerous and even deadly. Because of this, many addiction treatment centers offer medical detox programs that allow individuals to get through the process safely and comfortably.

The ideal detox process is different for each individual depending on the type of substance the person is addicted to. For some substances, there are specific medications designed or adapted to make the process easier or to slowly transition off the drug. When this is not available, there is often a choice between “cold turkey” detox, which is when an individual stops taking the substance altogether or more gradual detox processes.

When possible, medical professionals will often try to make the detox process easier by using medications to aid the transition. Medicated detox refers specifically to the cases in which there is a medication commonly used or exclusively developed for the purpose of getting an individual through detox with minimal discomfort.

The most well-known of these medications is methadone – an opioid painkiller that is similar to morphine and heroin, but less addictive and less likely to produce the same kind of euphoric high as the other, more potent drugs. Switching a person to methadone makes it much easier to be weaned off the drug, as it produces less intense cravings. Methadone programs are also highly controlled, so there’s little chance of the individual taking more methadone than prescribed. The use of this drug as a treatment for opioid addiction has dramatically increased in recent years, with the number of people on this program rising from 6,000 to 30,000 in 10 years in Ontario.

Methadone programs have to be strictly controlled due to the fact that the drug comes with its own dangers. Though less intense, methadone is still an opioid and still addictive. It also has a much lower lethal threshold than most other drugs. Taking a very small amount more than prescribed by a doctor can easily result in overdose. This causes issues for many individuals who are struggling with addiction. Due to the connection between heroin addiction and poverty, it can be unreasonable to expect these individuals to travel to a treatment center every day just for their dose of methadone.

To counter these issues, alternative medications to methadone have been developed in recent years. Buprenorphine has taken the place of methadone in many clinics. It’s even easier to transition off than methadone as this semi-synthetic drug does not produce significant withdrawal symptoms. Plus, it has much less of a depressive effect on the respiratory system, reducing the risk of overdose death due to hypoxia. Because of this, doctors can prescribe buprenorphine for clients to pick up from a pharmacy and self-administer at home, eliminating costly and time-consuming travel.

An even more recently developed alternative is L-alpha-acetylmethadol (LAAM). This medication is even longer-lasting than methadone to the point that clients only have to come in two or three times a week to get a dose, which comes as an oral tablet. It’s often used when both methadone and buprenorphine have failed to produce results.

Alcohol addiction, one of the most common addiction disorders in the US, can be treated with a couple different FDA-approved medication options. The oldest is Antabuse, which simply works by interfering with the human body’s ability to absorb alcohol. This causes unpleasant side effects like nausea and palpitations when even a small amount is ingested. The only problem is getting people to keep taking it.

Naltrexone, on the other hand, reduces both the high of and cravings for alcohol by blocking certain pleasure receptors in the brain. In one study, individuals on naltrexone has 36 percent fewer episodes of heavy drinking over the course of three months.

There are not currently any medications approved for the direct treatment of addiction to stimulants like cocaine and methamphetamine. Withdrawal symptoms must be treated after they appear.

When taking a medication to assist with detox or even tapering off the current one is not a good option, clients may opt to quit “cold turkey.” However, doing so on one’s own is typically difficult and can be dangerous. It’s therefore highly recommended that these individuals check into a treatment center for medically supervised detox in which medical professionals can monitor them for any signs of trouble.

The initial detox period for an intoxicant lasts between 24 hours to 10 days. During this time, the client will stay in a hospital room and have vital signs monitored the entire time. Medical staff will check regularly for any unpleasant symptoms. The idea of medically supervised detox is that any discomfort in the client is a sign that the treatment regimen is not ideal and needs to be adjusted. Medications can be used to treat psychological symptoms like anxiety and physical symptoms like tremors and nausea. The program is literally designed to make each client as comfortable as possible, eliminating fears that withdrawal symptoms will be too difficult to handle.

Other clients may choose a residential detox program, which is similar to the program described above but located in a specialized detox facility rather than a standard hospital. These facilities are staffed with medical professionals, and any medications the client needs may be self-administered under medical supervision. The atmosphere is designed to be warm and welcoming, reducing the stress that can result from such a difficult transition. This kind of program was the second most preferred among those with addiction disorders at 29 percent according to a recent survey, after medicated assistance, which was preferred by 43 percent.

Rapid opioid detox, sometimes referred to as ultra-rapid detox, is advertised as a way to speed up the detox process while avoiding the pain of withdrawal. In anesthesia-assisted rapid opioid detox(AAROD), clients are put under general anesthesia in an intensive care unit in a hospital. They are then injected with opioid blockers that stop the drugs from affecting the brain. This sudden and intense withdrawal is managed with additional medications like muscle relaxants, and, of course, the anesthesia makes it a relatively painless process. The process takes 4-8 hours, and clients are released after 48 hours.

There are several issues with this method of detox. The first is that any procedure under general anesthesia can be very expensive. More importantly, there is evidence suggesting that rapid detox can be highly dangerous. Adverse reactions to the procedure have been documented, and it’s no secret that one of the most common ways people die from procedures involving anesthesia is from adverse reactions to the anesthesia itself.

An official review called it “potentially life-threatening” and not worth the risk and high costs. Another study found that the rapid detox method was no more effective in reducing withdrawal symptoms over the course of four days than simple treatment with buprenorphine or another medication. Program dropout rates were also very similar, with more than half leaving after three weeks.

Due to the fact that this detox method is so widely criticized and often considered experimental at best, it’s generally not covered by insurance. 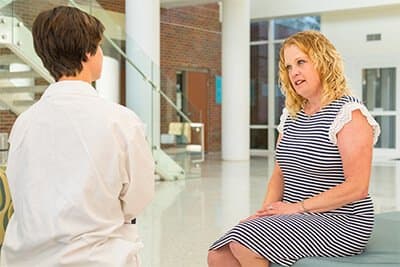 For those with less severe addiction disorders, it may be advisable to opt for an outpatient detox process. This does not mean simply ceasing any intake of the drug and dealing with it at home. Outpatient detox involves first speaking with a medical professional and creating a comprehensive treatment plan that often involves prescribed medications to help with common withdrawal symptoms, including anti-nausea medicines and nonaddictive anxiety management assistance.

Clients are sometimes directed to report to the addiction treatment center multiple times per day or a couple times per week for checkups or to receive medication that must be administered by a doctor. They may also attend support groups, therapy, or alternative treatments to reduce symptoms. Health professionals are often on call for these individuals in case of a crisis. This option can also be ideal for those who can’t afford inpatient treatment or who have unavoidable responsibilities like caring for children at home.

Whatever detox method is chosen, detox is only the first step in the treatment process. It should always be followed with comprehensive therapy to truly address the reasons that led to addiction in the first place.

inpatientmedical detoxoutpatienttreatment
Prefer getting help via text?
We're available 24/7 via text message. Signup below for access to our team when its convenient for you!
and many more...
Get the Info & Help You NeedWe're open across the US. Learn about your options.