Once an individual decides to get clean, what steps must an alcoholic take during the recovery process? There are many treatment options out there: Inpatient alcohol recovery facilities, outpatient alcohol recovery clinics, and medication-assisted treatment are just a few of the well-known options. Some of the most popular forms of addiction treatment are based on 12 steps.  In fact, the United States’ Substance Abuse and Mental Health Services Administration (SAMHSA) reports that nearly 74% of facilities utilize the 12-Step model in their offerings. In addition, many individuals who exit formal treatment make regular attendance at 12-Step meetings part of their aftercare plan.

History of the 12 Steps 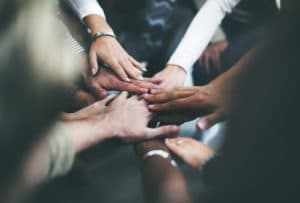 The 12-Step model was created by Alcoholics Anonymous founders Bill Wilson and Dr. Robert Holbrook Smith. Both alcoholics themselves, Wilson and Smith (or as they’re known to participants of the program, Bill W. and Dr. Bob) modeled their program after methods developed by the Oxford Group, a Christian fellowship focused on the philosophy that all men are sinners and, as sinners, could be changed through confession and God’s grace.

The first AA meeting took place in Akron, Ohio in 1935. Seeing the program’s potential, and the growing need for alcoholism treatment in the wake of Prohibition’s end and the Great Depression, Bill W. and Dr. Bob soon took the program to New York where it gained further popularity. In 1939, Wilson published Alcoholics Anonymous: The Story of How Many Thousands of Men and Women Have Recovered from Alcoholism, spreading word of the 12-Step program to people across the country.

In the near-century since, AA and the 12-Step program has expanded its efforts to help people recover from all manners of addiction. Narcotics Anonymous (NA) targets those who struggle with abuse of drugs, and many other groups target specific drugs of abuse, such as Cocaine Anonymous (CA), Heroin Anonymous (HA), Crystal Meth Anonymous (CMA), and Marijuana Anonymous (MA). The 12-Step model is also used to treat behavioral addictions, such as Gamblers Anonymous (GA) and Overeaters Anonymous (OA).

Wilson and Smith’s original 12 Steps are still used in the program today. These steps act as guidelines for a person in recovery, directing them along their journey toward recovery. The 12 Steps outlined on Alcoholics Anonymous’ website are as follows:

Although the 12 Steps are outlined as a numbered list, individuals tend to move through them in different orders and at different speeds. This personalizes their recovery, helping them achieve what Psychology Today refers to as a “total personality transformation.” The 12 Steps are also built to be circular, meaning that an individual can start over from any point should they relapse.

Most treatment facilities have integrated a modified or shortened version of the 12 Steps into their current services; for example, the journal Science and Practice Perspectives analyzed the Maryhaven facility in Ohio and found that individuals who come in for treatment typically accomplish three or more steps during their time in treatment.

Part of the reason that the 12-Step program has remained popular over time is the way it integrates two important recovery elements into one program: social encouragement and therapy. In meetings, individuals share their experiences and struggles in tackling their addiction in the same way they might in a group therapy session. This aspect, along with the sponsor/sponsee relationship, can help an individual find support and encouragement as they get sober. For many, this can be the difference between a successful recovery and relapse.

What Are the 12 Traditions?

The 12 traditions of AA are separate from the more talked-about 12 Steps. These traditions are the principles that the organization follows:

While the 12-Step program is a spiritual, introspective, and therapeutic form of treatment, Wilson and Smith did not intend for individuals to go through the program alone. People in 12-Step programs attend regular meetings with their peers, and they often have sponsors – a fellow participant in the program who acts as a mentor and support system. Sponsors have been in recovery for a more substantial amount of time and are stable in their recovery efforts.

Overcoming addiction is a difficult and sometimes lonely process, and a sponsor can help a person process all that they’re going through.

This element of social interaction and personal support can be very important for a newly sober individual. Overcoming addiction is a difficult and sometimes lonely process, and a sponsor can help a person process all that they’re going through. The American Society of Addiction Medicine (ASAM) claims that working with a sponsor can help an individual overcome psychological hurdles to recovery. A sponsor will check in to ensure their sponsee attends meetings and sticks to the program. They’ll be available by phone or in person to assist their sponsee if they are feeling the urge to relapse. By having someone to talk to, those new to the 12-Step program can often sidestep relapse, particularly in the early days of recovery when they are especially vulnerable.

Is the 12-Step Model Effective?

Bill Wilson credited the 12-Step program with helping “many thousands of men and women” recover from alcoholism. But is the program as successful as he claimed? There have been many surveys and studies disputing the success of 12-Step programs. In The Atlantic’s article “The Surprising Failures of 12 Steps,” they report that 12-Step programs (AA in particular) only have a success rate of 5-10 percent. The program, they argue, simply doesn’t help people recover from addiction at the rate the organization suggests.

However, other studies convey the merits of participating in a 12-Step program. The Journal of Addictive Diseases suggests that the 5-10 percent reported by The Atlantic is not the total success rate, but the advantage that 12-Step participants have over individuals who seek out other types of treatment. Another report, published in Scientific American, found that among individuals who attended at least 27 AA meetings during their first year of recovery, 67 percent stayed sober compared to 34 percent who did not participate in AA.

These findings point to one simple conclusion: Participating in a 12-Step program is better than going it alone. 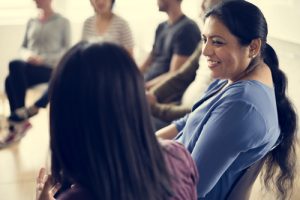 One of the biggest objections to the 12-Step alcohol recovery program is its religious undertones. It is possible that nonreligious people struggle to take their sobriety seriously when they’re working through a program with a clear religious leaning. Individuals who do not believe in God – or God “as they understand Him,” as the 12 Steps say – may not feel comfortable proclaiming belief in a higher power to progress on their recovery journey.

The aversion to a religious message has led to the creation of several secular recovery options.

Secular Organizations for Sobriety, or SOS, is a group born from a desire for an alternative to the 12-step program. Founded by former AA member James Christopher in 1986, this program follows a similar methodology to the 12 Steps but without the emphasis on God. SOS participants are encouraged to acknowledge their addiction, abstain from their substance of choice, and share their feelings through regular meetings. However, this group does not require participants to “turn [their] will and [their] lives” over to a higher power.

SMART Recovery was developed in the 1990s as a part of the Alcohol and Drug Abuse Self-Help Network (ADASHN). Unlike 12-Step advocates who view addiction as a disease a person can fall victim to, SMART Recovery participants view addiction as a habit that must be broken. This program is more scientifically focused than the 12-Step movement, encouraging individuals to overcome their addictions through evidence-based, tested recovery methods. Their methods help individuals build their motivation, cope with urges for their substance of choice, develop problem-solving skills, and find balance in their new, sober lifestyle.

Moderation Management (MM) was founded in 1994 with a slightly different mission than most addiction recovery organizations. This program was not for individuals who were alcoholics, but for nondependent “problem drinkers.” These individuals attend meetings to learn how to limit their drinking while not abstaining from alcohol entirely. MM uses Cognitive Behavioral Therapy principles to help individuals develop self-control around addictive substances. However, they do recognize that this is not a program for everyone; even MM founder Audrey Kishline admitted in 2000 that her drinking had progressed beyond MM’s reach and that she would begin attending AA and SMART Recovery meetings.

So, which program is best? The answer rests solely with the individual seeking recovery. While each program has its pros and cons, it is important to remember that overcoming addiction is a deeply personal journey; therefore, only the person on the journey will know what is best for them.

12-stepaanaresearch
Prefer getting help via text?
We're available 24/7 via text message. Signup below for access to our team when its convenient for you!
and many more...
✕
Instantly Check Your Insurance Coverage
Your information is safe & secure
At Laguna, we accept most types of private (non-government) insurance and offer a variety of payment options.
You can quickly and privately check your insurance benefits to see if you're covered for addiction treatment services. We’ll be able to tell you if your provider is in network with Laguna Treatment Center and all American Addiction Centers locations.
This means your treatment may be FREE1 depending on your policy, copay, and deductible.
Get the Info & Help You NeedWe're open across the US. Learn about your options.