Are Kids on TikTok “Under the Influence” of Harmful Drug Messaging?

The popular social media site TikTok is circulating a new trend using Chris Brown’s 2019 song “Under the Influence.” Adolescents and young adults are creating choreographed dances to the melody, some of which have over 1.7 million views. The popularity of these posts, poses the question: Where do you draw the line when supporting an artist who promotes substance use?

Does “Under the Influence” Song Normalize Drug Use?

Within the first 25 seconds of his viral song, Chris Brown has already mentioned Percocet and Molly. Percocet is a combination of Oxycodone (a semi-synthetic opioid drug) and acetaminophen that is used to treat severe pain. 1Molly is a synthetic drug that alters perception and mood, also referred to as MDMA or Ecstasy.2 Both Molly and Percocet can be misused and potentially lead to an addiction.

Other songs related to drug and alcohol use sung by Chris Brown include Substance, Liquor, Addicted, Liquor/Zero, and more. Chris Brown is not unique in his use of substance references in songs. According to Dr. Suzi Gage, “musicians have used drugs to enhance creativity and listeners have used drugs to heighten the pleasure created by music. And the two riff off each other, endlessly.”3  One study found that substances are referenced in songs 35.2 times per song hour. 4

Yes, exposure to media messages increases substance use in adolescents, including through music exposure.4 “Under the influence” by Chris Brown has over 93 million views on YouTube and the music video (released yesterday) has over 2.5 million views already. Such popularity for a song that mentions substance use should be a cause for concern.

One explanation for the relationship between music and substance use can be found in Albert Bandura’s Social Learning Theory. His revolutionary findings suggest that people can learn not just through first-hand experiences, but also through the observation of others’ behavior.5 Applying this theory to music, when music artists describe positive drug experiences, it can affect the listener’s opinion and perception of the drug, even if they have not yet taken it themselves. Unfortunately, many of the songs most popular in our society do not equally talk about the negative and potentially deadly effects of drugs.

If you or a loved one are experiencing symptoms of drug and/or alcohol addiction, you are not alone and help is readily available.

Drug and alcohol addiction is a chronic but treatable disease that affects more than 17 million people in the United States.6 Laguna Treatment Hospital rehab in Orange County, CA offers evidence-based treatment for substance use disorders and co-occurring mental disorders.

The industry-accredited facility has treated over 8,000 patients in its inpatient rehab and medical detox programs. For more information on the admissions process, how to pay for rehab, or how to help a loved one with substance misuse, reach out to Laguna’s admissions navigators available 24/7 at . 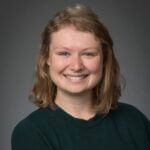