The COVID-19 pandemic has had a devastating effect on public health, both directly and indirectly. In addition to the high death toll and hospitalization rate from the virus itself, which caused a giant strain on the healthcare system, businesses collapsed, jobs were lost, and people were forced to isolate. This negatively impacted the mental health across the world, the effects of which are still being realized.

A recent survey conducted by the University of California San Diego (UCSD) and University of Chicago interviewed 2,203 Californians in March 2020 and again a year later. 19% of respondents reported an increase in violence in their community over the year and 35% reported an increase in substance misuse. 15% reported more partner violence against women and 11% reported more domestic violence against children.

“Less visible effects of the pandemic include more violence, harassment and substance misuse, compounding stress felt in communities across the state,” said Anita Raj, lead researcher and director of the Center on Gender Equity and Health at UCSD. “Latinx and Asian Californians are especially likely to witness this increased violence in their communities.” This conclusion coincides with the fact that communities of color were also disproportionately affected by the pandemic, both in mortality rates of the virus and economic impact. Asian Americans in particular suffered a dramatic spike in instances of being the target of hate crimes.

Substance misuse is another serious problem that has surged during the coronavirus pandemic. California, Arizona, Colorado, Illinois, Texas, and Washington all had an increase of over 35% in fatal drug overdoses during the first 8 months of 2020. Lawmakers have responded by expanding Medicaid and allocating emergency funding to quell the growing problem.

Treatment for Drug and Alcohol Addiction in California

Addiction is a treatable chronic disease. While there is no cure, many people are able to get and remain sober and lead fulfilling lives in recovery. This often requires treatment. Facilities like Laguna Treatment Hospital provide a continuum of care, beginning with detox, continuing with rehabilitation, and finally facilitating entry into an aftercare program.

Detox allows patients to safely withdraw from substances to which they’ve developed a physical dependency. Depending on the drug and the patient’s health, this process may be very difficult and even dangerous without medical supervision. While breaking physical dependency is an important step, detox on its own seldom leads to long-term success in recovery.

Therapy provides the foundation for rehabilitation treatment. There are various evidence-based methods that enable patients to recognize and overcome the obstacles that make them misuse drugs. It’s also vital that other co-occurring disorders are addressed and treated in rehab. Medication-assisted treatment is another necessary component of rehabilitation for many people. These medications can reduce cravings and ease any lingering withdrawal symptoms.

Finally, after detox and rehabilitation, many former patients benefit from joining an aftercare program, such as Narcotics Anonymous (NA) or a stay at a sober-living facility. This helps forge a positive network of support that is conducive to long-term sobriety.

If you or a loved one is struggling with addiction treatment, please reach out to an admissions navigator at . Laguna Treatment Hospital is well-equipped provide safe detoxification, inpatient and residential care, and facilitate a supportive aftercare plan. 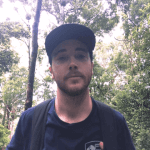 James Regan is a content expert at American Addiction Centers and Recovery First. He earned his bachelor’s degree from California State University San Marcos in English. James has written and edited content in digital media for several years, and nowRead More