How to Treat Self-Harm and Substance Abuse

Substance abuse is a risk factor for self-harm, or self-injury.1 Drinking alcohol or doing drugs while engaging in self-harm increases the likelihood of more severe injury, according to the National Alliance on Mental Illness (NAMI).2 Both substance abuse and self-harm are also risk factors for suicide.3,4 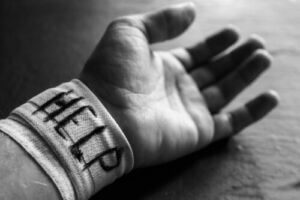 Some people who self-harm do so in an attempt to cope with overwhelming emotional distress, to feel something if they’re experiencing emotional numbness, or to punish themselves. NAMI states that those most at-risk of self-harm include victims of trauma, abuse, or neglect.2

Is Self-Harm a Suicide Attempt?

Self-harm is not the same as a suicide attempt, and most people who self-harm do not intend to die; however, while self-harm and suicide are different, self-harm indicates a level of emotional distress that needs to be taken seriously.2  In some cases, someone who self-harms may be attempting to show others they need help.1

Though the behaviors themselves may be distinct, in some cases self-harm and suicide may be associated with each other. In such instances, self-harming behaviors may predate or be risk factors for later suicidal thoughts or behaviors.3 In fact, self-harm is one of the strongest predictors of completed suicide.5

Signs that someone is engaging in self-harming behaviors include:1,2,6

How Are Self-Harm & Addiction Related?

Self-harm and substance misuse share many common risk factors, often co-occur, and have the potential for serious harmful outcomes. The combination of self-harm and drug abuse can be a very dangerous one and could increase the likelihood of more severe health consequences in the longer-term.

Substance misuse and self-harm share many of the same risk factors. These include:7–11

Risk of Self-Harm & Addiction in Adolescents

Research has shown a strong link between self-harming behaviors and substance use in adolescence.5

Also, those who self-harmed during their adolescence were found to be at increased risk of misusing substances or becoming substance-dependent in adulthood.5

Self-harm may result in accidental death, and substances may increase this risk since intoxication could result in more severe, self-inflicted injury than intended.2 As substance misuse is also a risk factor for suicide, those who misuse drugs or alcohol may be more at risk than those who only self-harm.

Overall, abuse of drugs or alcohol has been shown to contribute to a large degree to disease and early mortality of those who self-harm.5 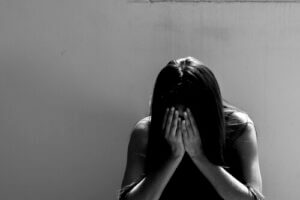 Some warning signs of drug or alcohol misuse include:12–14

Though not always specific to substance use, some of the above changes could suggest that a friend or family member is struggling with drugs or alcohol.

If they’re displaying signs of both self-harm and substance abuse, they may be at very serious risk of severe injury. They may also be suffering from a mental health disorder such as depression.

Co-occurring mental health disorders and addiction are treatable. There are numerous treatment programs that understand the complex relationship between drug or alcohol use and mental health.

Because of the way co-occurring disorders affect each other, the standard of care is an integrated treatment approach that addresses both issues at the same time.

At Laguna Treatment Hospital in Southern California, we specialize in the treatment of co-occurring disorders, such as depression and substance use disorders.

For more information on paying for rehab and using insurance to pay for rehab, or to start the rehab admissions process, contact us at today.

When you’re ready, we are here to help you or your loved one along the path to recovery. 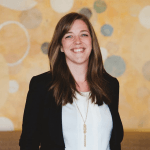 co-ccurring disordersself harm
Prefer getting help via text?
We're available 24/7 via text message. Signup below for access to our team when its convenient for you!
and many more...
Get the Info & Help You NeedWe're open across the US. Learn about your options.