What Are the Withdrawal Effects of Methylone?

Methylone is a new psychoactive substance (NPS). It’s sometimes called a research chemical because it was developed in a laboratory to potentially be used as a prescription medication. While there were no medical benefits found for this potent stimulant, the drug is now being produced in clandestine labs as an illicit substance of abuse. 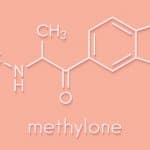 The first instances of methylone were reported in the Netherlands in 2004, and the chemical spread rapidly around Europe in 2005. The Drug Enforcement Administration (DEA) first reported methylone’s presence in 2009, but since the chemical was not technically illegal in the US, it was imported and sold legally in convenience stores, headshops, and online. Abuse of the dangerous drug escalated rapidly until 2013, when the DEA finally moved the substance to a permanent position in Schedule I, meaning it is now a banned substance.

Methylone is most notoriously part of bath salts, a form of synthetic cathinone that has triggered intense highs, leading to extreme aggression, paranoia, breaks with reality, and psychotic behavior. Bath salts have also caused hyperthermia, leading to internal organ damage, and heart attacks or seizures – all of which can cause death.

Methylone is only one chemical in bath salts, and this chemical is also sometimes used in Molly because methylone by itself is similar to MDMA or ecstasy. The DEA reported that, between 2009 and 2013, there were 143 substances believed to be MDMA, but only 13 percent of them actually contained that psychedelic chemical; the rest contained synthetic cathinones, including methylone.

Because methylone is a new chemical, the long-term effects or addiction potential of this drug are not well understood. Acute effects, including psychosis and sudden heart failure, are more common. However, because methylone is chemically similar to MDMA, it is possible that methylone is addictive, can lead to binges like other amphetamines, and can have intense withdrawal symptoms that require medical supervision.

What Is Unknown about Methylone

The National Institute on Drug Abuse (NIDA) reports that synthetic cathinones, including methylone, can be addictive. Because they release surges of dopamine and serotonin into the brain, these drugs can cause intense crashes as they wear off. Consistent abuse can change brain chemistry and lead to withdrawal symptoms, including:

The most intense symptoms of synthetic cathinone withdrawal, or MDMA withdrawal, are depression, exhaustion, and cravings for the drug. Psychological changes and cravings may lead to a binge on the substance that can deplete dopamine in the brain. This can make withdrawal more uncomfortable, and it can take longer.

Although the length of time it takes to detox from methylone is not well understood yet, MDMA withdrawal is understood pretty well. Because methylone has similarities to MDMA in its chemical structure, the withdrawal process may be similar. Like ecstasy, methylone may remain in the body for 1-3 days after it is consumed, so symptoms indicating withdrawal may not begin for a hours to a few days after the last dose is consumed.

Withdrawal symptoms from methylone may include: 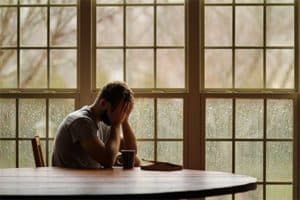 The amount of time it takes to withdraw from methylone is likely dose-dependent. For a person who takes one dose or infrequently abuses the drug, withdrawal may take a few days. People who abuse a lot of methylone, consistently, for a long time may need up to two weeks to fully detox from the substance.

The Necessity of Medical Supervision for Methylone Detox

Physical damage from hyperthermia, high blood pressure, rapid heart rate and breathing, and blood clots from blood pressure changes may all have lasting, chronic consequences for one’s health. These will need to be diagnosed and treated during detox to ease other symptoms and reduce the risk of relapse from physical discomfort.

Similarly, psychological problems related to substance abuse must be diagnosed and managed during detox and rehabilitation. People who have long-term methylone-induced psychosis will need medication and therapy for this condition alongside detox and addiction treatment.

There are no medication-assisted therapies (MATs) to ease people off methylone abuse. Opioids and alcohol, for example, have prescription medications that can be used to lessen many withdrawal symptoms, which can help the person focus on their recovery process as they taper their body’s physical dependence on the drug. Few stimulants have MATs available, and methylone is a new drug that is not understood well enough to have chemical substitutes that can safely be managed by a doctor.

Instead, an addiction specialist will offer supervision during detox and some management of individual withdrawal symptoms. Comprehensive addiction treatment should follow detox to reduce the risk of relapse back to methylone abuse.