Whether it’s the coronavirus (COVID-19), political divisiveness, threats of terrorism, or mass shootings in malls, churches, and schools, it seems like there is always something to worry about. You might not be immediately affected by these issues, but the constant exposure to 24-hour news and social media, which is often heavily skewed toward the negative, can adversely influence your mental health and overall well-being.

If you’re finding yourself becoming more and more anxious in the face of a constant barrage of bad news, you’re not alone. Here you’ll find ways to disconnect from a relentlessly distressing news cycle, engage in healthier outlets, and otherwise better protect yourself from this 21st century problem.

The Link Between News and Stress 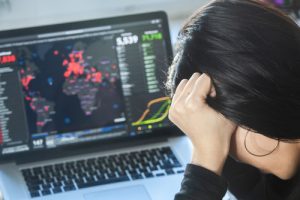 There’s no arguing the value of the news. Reporters and journalists work tirelessly to keep us informed. However, having access to too much information too often can be detrimental to certain aspects of your mental health and well-being.

As 24-hour news outlets compete for viewers, they often cover events in extreme detail or may even sensationalize aspects of the story to make the coverage more appealing. More than 70% of Americans believe the media “blows things out of proportion,” which may seem harmless, but it could lead to increased stress and anxiety in the people who frequently consume this information.1

More than half of Americans say the news causes them stress.1 In small doses, stress is not always problematic, but chronic stress is associated with numerous health issues (both physical and mental). 2 When it’s so common to check and recheck for coverage accessible from multiple platforms such as your phone, your TV, and your car radio, you may find it impossible to escape both the news and the stress that comes with it. According to the American Psychological Association (APA), American adults report feeling conflicted between wanting to be informed but also feeling that the news contributes to their stress levels.1

While there are certainly feel-good stories out there, a large part of what is covered in the news is anything but positive or uplifting. Startling and unnerving headlines get views and clicks, and so the news tends to get saturated by stories that upset the reader. Today’s news is also influenced by user-generated content (UCG). This includes images and videos that may depict graphic violence or other disturbing content that in the past would likely have been deemed too shocking or inappropriate for the public and consequently withheld.3 Today, this type of content is sought-after by the news media and all-too-easy to see online, even by those who don’t specifically seek it out.

Even when the coverage isn’t especially graphic or disturbing, the consistent flow of anxiety-inducing topics can have a significant impact. We have access to more information than ever before, but all that information reportedly has a majority of Americans feeling the stress. In fact, more than 60% of Americans find the country’s future to be a significant source of stress or strain for them, and almost as many (close to 60%) believe this to be the lowest point in U.S. history.

Arthur Evans, the CEO of the APA states: “With 24-hour news networks and conversations with friends, family and other connections on social media, it’s hard to avoid the constant stream of stress around issues of national concern.”1

Frequent exposure to troubling news can wear you down mentally. Before the advent of the 24-hour news cycle, the average person would typically read the paper in the morning or watch the evening news broadcast for their daily fill of national or global updates. But now the news comes at us from all angles, and in some cases it may cause psychological harm.

For example, many Americans find the news to be a source of stress,1 and chronic stress is a risk factor for depression.2 Non-stop exposure to this source of stress may lead a person to become depressed.

Many people will experience some level of distress in relation to their news consumption.

Anxiety is another concern for Americans who are inundated with news media. Constantly watching coverage of frightening events may lead you to worry that these events will happen to you. For example, a 10-year old girl in Delhi who experienced a slight tremor from a far-away earthquake in Afghanistan developed anxiety symptoms after watching news coverage of the devastation and loss of life. She began fearing the same would happen to her and had to be treated with therapy and medication.4

One study of Israelis at the start of a war in Gaza found that those who increased their normal viewing of TV news were 1.6x more likely to develop anxiety symptoms than those who continued watching at their normal frequency.5

Not everyone who watches or reads a great deal of news will develop a mental health disorder, of course, but many people will experience some level of distress in relation to their news consumption. In 2016, a therapist coined the term “headline stress disorder” to describe the tension, worry, fear and sadness that arise from endless, negative news articles.6

Relationship Between Stress and Addiction

Stress, anxiety and depression are all associated with a risk of substance abuse.7 Being notified of what’s going wrong all throughout the day every day can motivate some people to reach for a drink or a drug to eases their worries or try to just forget about it all.

Using drugs or alcohol to cope with life’s stressors is risky. Over time, problematic substance use of any kind could lead to the development of a substance use disorder (addiction). For recovering individuals, chronic stress may lead to relapse. In the face of unrelenting news coverage that gives you more to worry about, it’s critical to moderate your media consumption and find healthy outlets to release stress.

How to Cope with Anxiety Caused by the Media 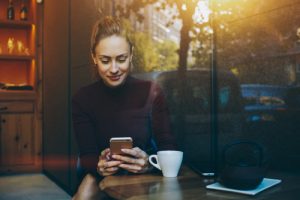 To break away from the cycle of breaking news:6

Apart from setting limits on your news consumption, you can take proactive steps to reduce your stress so that you don’t end up heading to the bar or using other drugs to feel better. To counteract stress, anxiety, and depression, try:8,9

We’re Here for You

Have you been leaning on alcohol or drugs to deal with anxiety or depression? If substances have become your primary means of coping and you don’t know how to turn things around, we are here to help you. Call us at to discuss getting into treatment today.

Eric Patterson, MSCP, NCC, LPC, is a professional counselor who has been working for over a decade to help children, adolescents, and adults in western Pennsylvania reach their goals and improve their well-being. Along the way, Eric worked as a...Read More