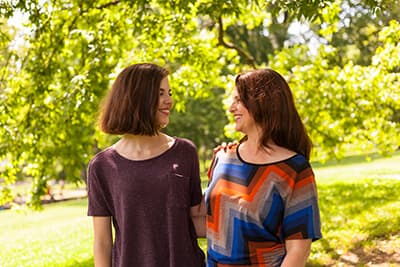 health is a growing concern in countries all over the globe. The World Health Organization (WHO) reports that mental illness is underdiagnosed, and individuals are reluctant to seek help. Only about two in every five people who struggle with addiction, anxiety, or mood disorders seek help within the first year that symptoms of the condition become apparent. In the United States, about one in four adults ages 18 and older struggles with a diagnosable mental health condition in any given year; this represents about 26 percent of the adult population.

Although men and women experience similar rates of struggles with mental health, these problems manifest differently between genders.

Generally, about one in three people experience a mood, anxiety, or somatic disorder of some kind, but women are much more likely than men to report these complaints. Unipolar depression, for example, is twice as common in women as men, as are anxiety disorders and phobias. Women are also more likely to report comorbid mental health disorders, or a co-occurrence of addiction and a mental condition, compared to men.

Signs that a woman may be struggling with a mental illness include:

Other forms of discrimination can increase a woman’s stress, too, which increases the risk of any mental health problem. For example, modern women are more likely to be employed, but they are also still more likely than men to be the primary caregivers to children and manage household chores like laundry or dishes. Women are more likely to experience academic and workplace harassment, discrimination, and sexual abuse. These can make it harder for women to cope with their stress, which may trigger a mood disorder or PTSD.

Men and women have different hormones, which can lead to different ways mental health challenges appear. It is currently believed that women produce lower levels of serotonin than men because they have lower levels of testosterone. The level of this hormone does change over the course of the menstrual cycle, so women’s mental health may be strongly affected by monthly hormonal adjustments. This could be particularly true in female teenagers who have not been menstruating for very long.

Additionally, pregnancy and childbirth change hormonal levels, which may also trigger a mood or anxiety disorder, including postpartum depression or psychosis. About 41 percent of women struggle with postpartum depression, and very young women who become pregnant are more likely to develop this mood disorder than older women.

The symptoms associated with different mental health conditions affect people at different ages. Half of all chronic mental illnesses begin by age 14, although mood disorders are likely to appear in young adulthood; three-quarters of chronic mental health conditions begin by age 24. For example, social anxiety disorder is a common concern among both women and men, and symptoms begin in adolescence, typically around age 13.

A 2007 survey conducted by the Anxiety and Depression Association of America (ADAA) reported that 36 percent of people who struggled with an anxiety disorder report experiencing symptoms for at least 10 years before seeking treatment.

About half of all young people between the ages of 8 and 15 years old did not receive treatment for their mental health in the past year, according to the National Alliance on Mental Illness (NAMI).

A 2016 study in the United Kingdom found that 30 percent of young women in the country between the ages of 16 and 24 reported suffering from any mental illness, and there are similar rates among adolescent and young adult women in the US. The UK study found that one in five women struggled with depression, anxiety, panic disorder, OCD, or a phobia; about 12.6 percent screened positive for PTSD; and close to 20 percent reported any attempt at self-harm, including attempted suicide.
Treatment for Young Women
It is important for mental health and addiction professionals to understand how gender bias affects diagnoses. Physicians are typically more likely to diagnose women with mood disorders, especially depression, compared to men; they are more likely to diagnose addiction concerns, especially alcohol use disorder, in men compared to women.

The reality may be that there is more overlap between these conditions and therefore less gender division between addiction and mental health struggles. Since women are more likely to seek counseling – 17.5 percent of women compared to 9.5 percent of men – it will be important for therapists to understand risk factors and signs of addiction in their clients and for addiction specialists to understand the warning signs of co-occurring mental illness, too.

Young women, from adolescence into their 20s, struggle with a variety of problems that can increase their risk of mental illness. They are more likely to experience childhood trauma, especially sexual abuse, and they are more likely to be exposed to drugs and alcohol through peers. Ages 10-24 are when most symptoms of mental illness first appear, and intense hormonal fluctuations from puberty may trigger mental health struggles.

Finding appropriate treatment is key to overcoming symptoms of any mental health or behavioral condition. Working with a physician or therapist to get evidence-based therapy and medically supervised detox as needed is the foundation for anyone, regardless of age or gender, to get the help they need.

At Laguna Treatment Hospital, we specialize in supporting women in recovery, including young women. We work closely with clients to create a customized treatment plan, which includes individual, group, and family therapy. We work with clients struggling with co-occurring substance abuse and mental health problems, helping them to manage these co-occurring disorders and lead healthy, balanced lives in recovery.