Drug Abuse in Pregnancy and Effects on the Newborn

Substance use during pregnancy can be dangerous in many ways.For example, studies have found that smoking cigarettes, using opioids, drinking alcohol, using cocaine, and using methamphetamine while pregnant can each affect fetal development.

Pregnant women who use substances regularly may also have children who are born dependent on those substances.

Risks of Maternal Drug or Alcohol Use During Pregnancy

Drug use during pregnancy may also lead to miscarriage or pre-term labor.

Certain drugs have specific risks for the child. For example, fetal growth reduction is  associated with the use of nicotine, cocaine, or methamphetamine. Prenatal exposure to amphetamines may cause facial clefts, heart defects, and decreased fetal growth.

Drug use may also result in the baby being born dependent on drugs and having to suffer withdrawal upon birth. Babies who were regularly exposed to opioids in utero may develop neonatal abstinence syndrome (NAS), a collection of problems that happens because the baby is undergoing opioid withdrawal after birth.

NAS may also refer to conditions caused by newborns withdrawing from other substances they became dependent on in utero. 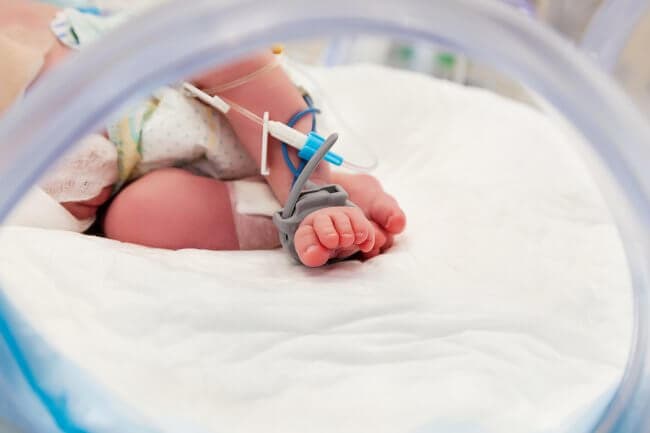 Symptoms that the newborn is suffering from neonatal abstinence syndrome may include:

Alcohol use during pregnancy is associated with impaired fetal growth, birth defects, and long-term impacts on growth. It may cause a fetal alcohol spectrum disorder (FASD) in the baby. The most severe type of FASD is fetal alcohol syndrome (FAS). FASDs may cause physical and psychiatric problems. Possible physical consequences of FASDs include:

Effects of Alcohol & Drug Use During Pregnancy

Using opioids, cocaine, alcohol, nicotine, or other drugs during pregnancy may lead to:

A baby whose mother used certain drugs while pregnant may suffer from long-term problems due to growth failure or birth defects involving the brain, heart, kidneys, or intestines. Infants exposed to drugs in utero have an increased risk of Sudden Infant Death Syndrome (SIDS).

Substances like nicotine, alcohol, opioids, and illegal drugs are associated with long-term mental and behavioral effects in children exposed to them prenatally, such as issues with:

In addition to the possible physical consequences of fetal alcohol spectrum disorders, potential psychiatric and social issues include:

Although anyone who struggles with a substance use disorder should seek treatment, it is especially important for women who are or may soon become pregnant. Some treatment centers have programs specifically for women.