How Can Postpartum Depression Affect Women after Childbirth? 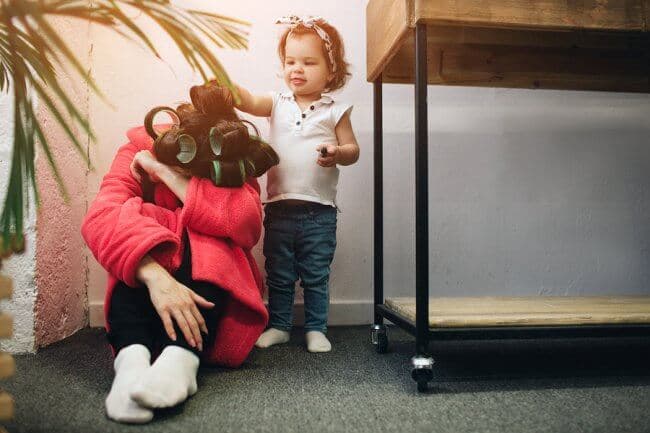 depression is a mood disorder that can affect new parents after the birth of a child. The condition does not have a single cause. Instead, medical professionals believe this form of depression is triggered by rapid hormone changes, sudden life changes, genetics, family history, and environmental factors. While the condition predominantly affects new mothers, men can also develop postpartum depression due to similar conditions like sleep deprivation, worry, and existing risk for any other mood disorder.

Many women suffer from the “baby blues” after giving birth, including feelings of worry, sadness, and fatigue. Anywhere between 40 percent and 85 percent of women develop the baby blues just after birth. Infants require a great deal of attention for the first months of their life, leading to exhaustion and anxiety on the part of new parents. The hormonal fluctuations just after childbirth may lead a woman to experience mood swings, too, which can trigger underlying mood disorders. While the baby blues wear off after a few days to two weeks, postpartum depression can last much longer, and the symptoms can be much more serious.

Developing postpartum depression can make it harder for new parents to care for their infant and for each other. It is important to recognize the symptoms of this mood disorder as early as possible, so the condition can be treated and does not develop into long-term depression or a substance abuse disorder.

What Is Postpartum Depression? How Often Does It Occur?

The most noticeable symptoms of postpartum depression include:

Mild symptoms may not need treatment and are likely to resolve on their own; however, if the condition continues past the baby blues stage, becomes worse, or appears very intensely at first, it may be postpartum depression, which should receive treatment.

Factors that increase a woman’s risk of developing postpartum depression after birth include:

A healthcare provider can diagnose postpartum depression symptoms. Anybody experiencing any of these symptoms should contact a physician or therapist to begin treatment. It is possible to manage postpartum depression until it clears up with a combination of behavioral therapy and prescription antidepressants if needed.

How Long Does Postpartum Depression Last?

Mild low mood after childbirth is very common and typically resolves after one or two weeks. This is generally enough time for new parents to develop a routine with their infant, get comfortable at home, and for women’s hormone levels to return to normal. However, postpartum depression lasts longer and usually begins later.

Typical timelines for postpartum depression include:

The stresses of new parenthood, including changes in hormone levels, predominantly affect women; however, men can suffer from postpartum depression, too. Men often show declines in testosterone, one of the most important androgen hormones, throughout their partner’s pregnancy and after childbirth. Mood changes associated with hormone fluctuations can be exacerbated by a lack of sleep, big changes to living arrangements, genetics or family history, a history of substance abuse or mental health disorders, and negative feelings about being a parent.

Some estimates suggest as many as 25 percent of men develop some form of depression after their partner has a new baby. This could range from mild symptoms like the baby blues to more serious postpartum depression symptoms. The condition is called paternal postnatal depression, to distinguish it from the condition suffered by new mothers.

However, some research has suggested that men with lower levels of testosterone make better long-term partners for women, in turn reducing the woman’s risk of postpartum depression after she gives birth. These men often provide more social support for their partners, spend more time with their children, and foster a better-quality relationship in general.

Other drugs abused during the postpartum period include:

Help for Postpartum Depression Is Available

The best treatment approaches to postpartum depression are:

A therapist or physician will use a scale, like the Edinburgh Postnatal Depression Scale (EPSD), to determine whether their patient struggles with postpartum depression and how serious it is. The EPDS is 10-item questionnaire, and a score of 12 or higher, along with an affirmative answer to question 10 which is a “yes” to suicidal ideation, will lead to a diagnosis of postpartum depression and the development of a treatment plan.

During therapy, new parents will work on reducing stress by getting help from friends and family, developing realistic expectations for themselves while caring for a newborn, and joining support groups. Reducing stress helps to alleviate anxiety, allowing new parents to focus more on their child while they also focus on their physical and mental health.

Parents struggling with both substance abuse and postpartum depression should ask their therapist or physician for a referral to an addiction treatment program specializing in parenting stresses. While a new parent may fear that getting professional help will take time away from their baby, treatment will enable them to be a better parent for their child.

antidepressantsco-occurring disordersDepressionwomen
Prefer getting help via text?
We're available 24/7 via text message. Signup below for access to our team when its convenient for you!
and many more...
✕
Instantly Check Your Insurance Coverage
Your information is safe & secure
At Laguna, we accept most types of private (non-government) insurance and offer a variety of payment options.
You can quickly and privately check your insurance benefits to see if you're covered for addiction treatment services. We’ll be able to tell you if your provider is in network with Laguna Treatment Center and all American Addiction Centers locations.
This means your treatment may be FREE1 depending on your policy, copay, and deductible.
Get the Info & Help You NeedWe're open across the US. Learn about your options.